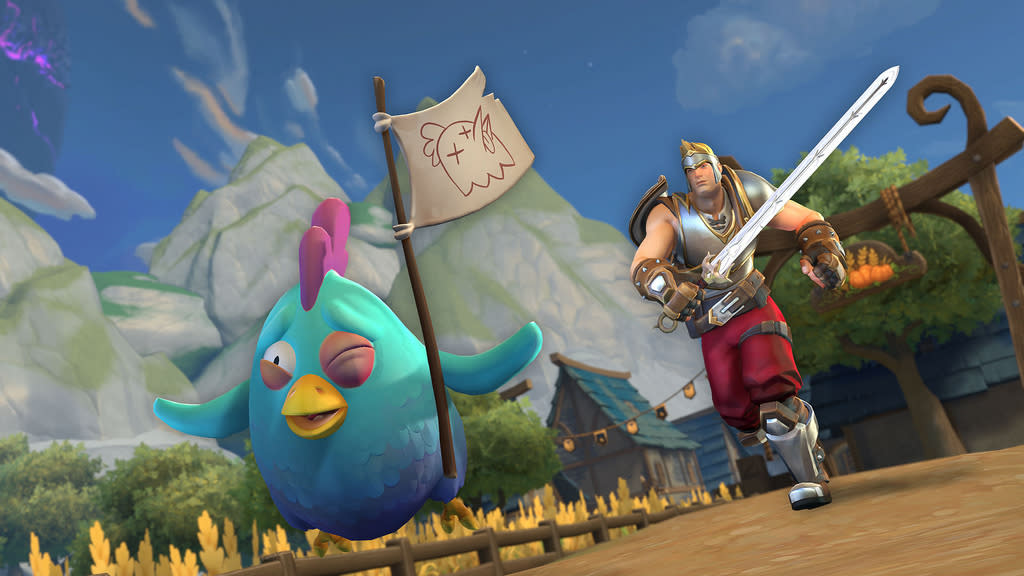 After amassing thousands of viewers on Twitch.tv, and briefly cracking Steam's top five most-played games in its second week of release, Hi-Rez Studio's decision to bring its free-to-play fantasy shooter Realm Royale (formerly Paladins: Battlegrounds) to consoles could be a wise one, even if it has plenty of competition from the likes of H1Z1, PlayerUnknown's Battlegrounds, and Fortnite: Battle Royale.

From next week, PlayStation 4 and Xbox One players will be able to get stuck into Realm Royale's closed beta, which, like Fortnite, will allow 100 players to skydive onto a bustling map and unleash chaos. Perhaps one of the most notable differences is Realm Royale's no-building approach -- instead, Hi-Rez Studios has installed a fantasy class system, horse riding, and a hilarious death penalty that may involve transforming into a chicken.

Realm Royale's burgeoning popularity has led some to wonder whether it's capable of usurping Fortnite's throne. According to Thinknum data, Realm Royale managed to significantly outperform PUBG's concurrent Twitch viewership numbers on Thursday, July 19th. The momentary spike was apparently due to a tournament which took advantage of big name streamers like Ninja, so it's still uncertain whether Realm Royale will eventually replicate the success of PUBG, or let alone Fortnite.

Other than Battlefield V's forthcoming battle royale and Mavericks: Proving Grounds' vow to deliver 1,000 player skirmishes, the biggest challenge to Realm Royale's success is that it's late to a crowded party.

In this article: av, battleroyale, closedbeta, free, gaming, hirezstudios, microsoft, playstation4, realmroyale, shooter, sony, xboxone
All products recommended by Engadget are selected by our editorial team, independent of our parent company. Some of our stories include affiliate links. If you buy something through one of these links, we may earn an affiliate commission.