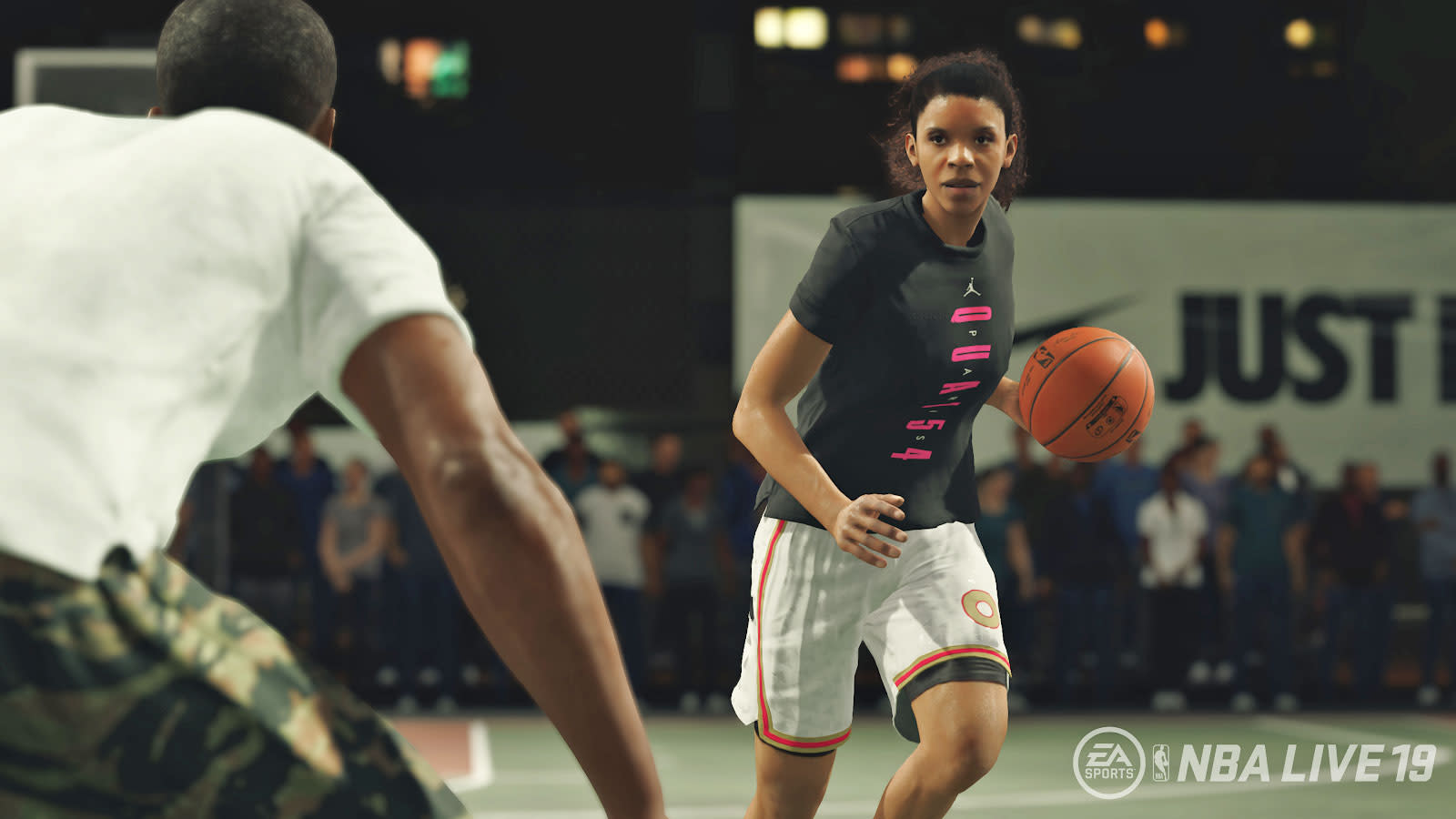 After including the WNBA roster for the first time in last year's game, EA Sports is going a step further in its embrace of female athletes in NBA Live 19 by bringing women to its create-a-player feature. EA says this marks the first time a basketball game has let players create female characters.

Using the NBA Live Companion app on iOS and Android, you can scan your face and import it onto your player. EA has also added some Icon Abilities based on some of the greatest players in women's basketball, including Candace Parker of the Los Angeles Sparks.

Once you've created a future women's basketball megastar, you can play as her in NBA Live's career mode "The One," and access the same challenges, skills, gear and career progression as male characters. Men and women can play on the same team in that mode too. You can judge for yourself how well the create-a-player tool works for female characters when NBA Live 19 is released on PS4 and Xbox One September 7th.

In this article: av, basketball, easports, gaming, nbalive, nbalive19
All products recommended by Engadget are selected by our editorial team, independent of our parent company. Some of our stories include affiliate links. If you buy something through one of these links, we may earn an affiliate commission.