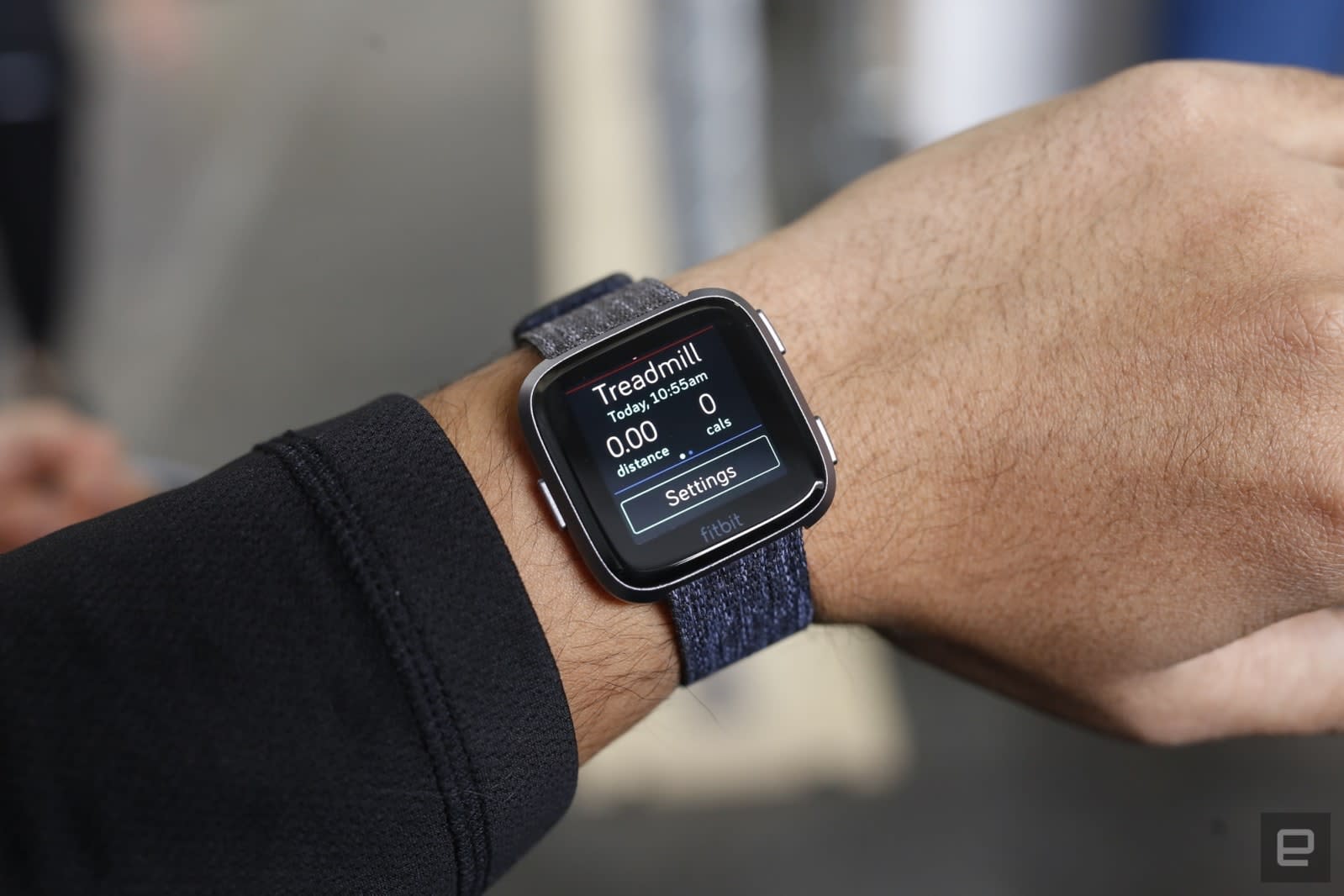 There's little doubt that Fitbit's Versa smartwatch has sold well, but apparently it's selling so well that it might just dig the company out of its financial hole. Alongside its latest earnings, Fitbit provided a rosy outlook indicating that it expected to break even in the third quarter of 2018, and would return to "growth and profitability" sometime in the second half of the year. It didn't explicitly credit the Versa with the turnaround, but it wasn't shy about touting the importance of the newer, more affordable smartwatch to its bottom line.

For one, smartwatches now represent the majority of Fitbit's revenue -- they jumped from 30 percent in the previous quarter to 55 percent. The firm didn't hesitate to brag about sales, either. Although it stopped short of providing numbers, it noted that it sold out of Versas in the period -- that is, it couldn't make enough to meet demand. In North America, that one watch model outsold the collective smartwatches of Fossil, Garmin and Samsung. While that's not the most difficult feat in the world (these rivals' lineups are somewhat old in the tooth), it's telling that a company once seen as a laggard in smartwatches could outperform opponents who've been in the market for years longer.

This isn't to say the situation is entirely bright and sunny. Fitbit still lost $54.2 million (versus 'just' $19.3 million a year ago), and its revenue dipped to $299.3 million. There's also the question of whether or not Fitbit can maintain its momentum. Many expect a new Apple Watch in the fall, and there's a possibility that it could attract iPhone owners who would have otherwise bought a Versa.

In this article: earnings, fitbit, gear, q22018, smartwatch, versa, wearable, wearables
All products recommended by Engadget are selected by our editorial team, independent of our parent company. Some of our stories include affiliate links. If you buy something through one of these links, we may earn an affiliate commission.