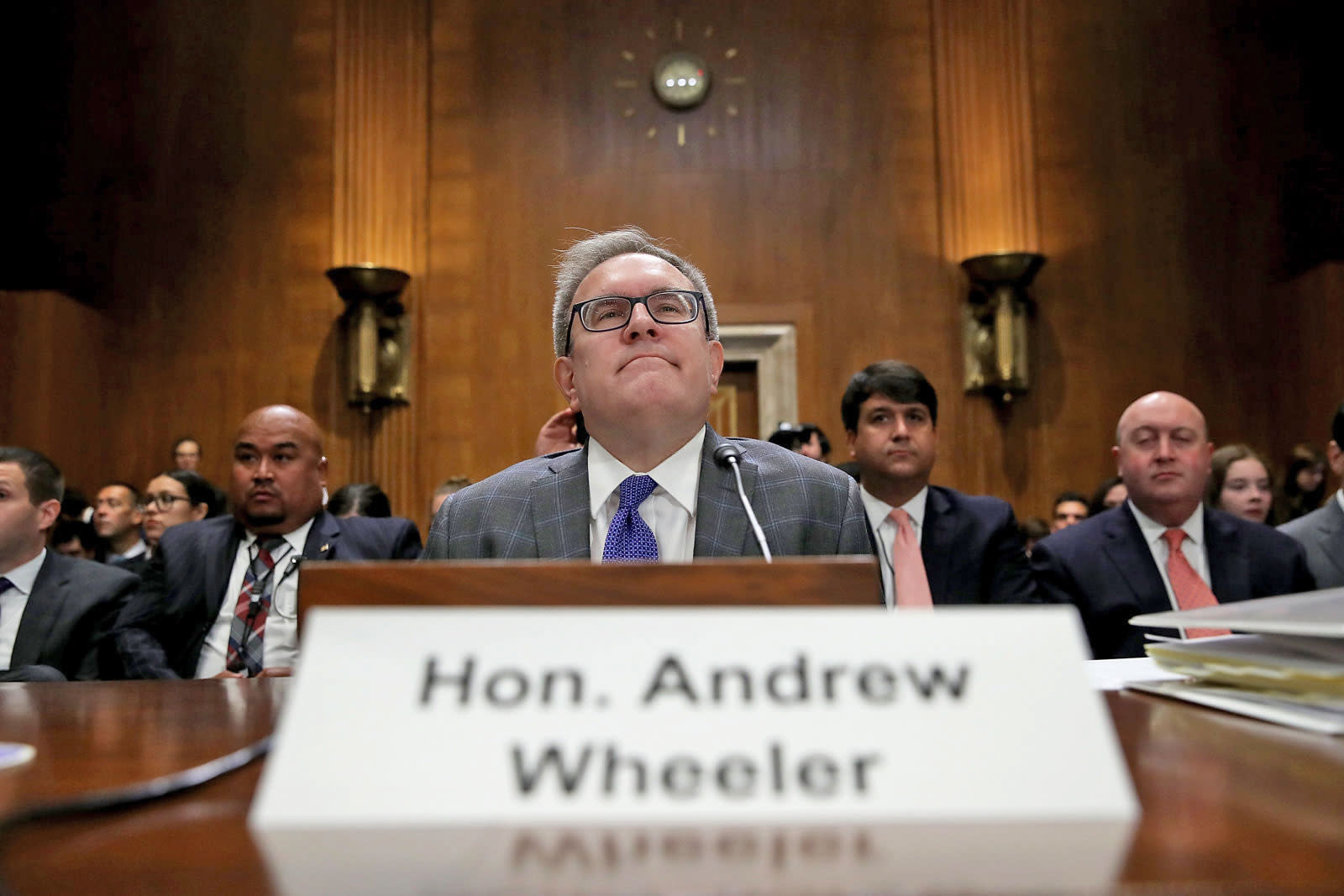 Earlier this year, the Environmental Protection Agency (EPA) announced that it wanted to roll back vehicle efficiency standards put into place by the Obama administration, and today the Trump administration revealed its plan to do so. While the previous policies stated that automakers have until 2025 to get their average fuel efficiencies for passenger vehicles to over 50 miles per gallon, the Trump administration rules would freeze standards after 2021 and average fuel efficiency requirements would then remain around 37 miles per gallon. Further, the plan aims to revoke a waiver that allows California to set its own vehicle efficiency standards.

In the draft proposal published today by the EPA and the Transportation Department, the Trump administration says that the amendments are being made because current standards are "no longer appropriate and reasonable." As for California's waiver, which was granted in 2013, the proposal says that the EPA will exercise its right to revoke that waiver since it finds the state's standards to be "arbitrary and capricious," unnecessary and inconsistent with parts of the Clean Air Act. California's standards are followed by 13 other states.

Seventeen states filed a lawsuit against the EPA in May after it announced plans to roll back auto emission standards and the agency is sure to face vigorous pushback over the proposal published today. Further, California Attorney General Xavier Becerra has already said the state will fight back against the removal of its waiver. "The Trump administration has launched a brazen attack, no matter how it is cloaked, on our nation's clean car standards," Becerra said on Twitter. "CA DOJ will use every legal tool at its disposal to defend today's national standards and reaffirm the facts and science behind them."

The #Trump Administration has launched a brazen attack, no matter how it is cloaked, on our nation's #CleanCarStandards. CA DOJ will use every legal tool at its disposal to defend today's national standards and reaffirm the facts and science behind them #EPA #CleanerCars

And while automakers initially asked the Trump administration to loosen fuel economy requirements, this impending legal battle is one they would rather avoid. Some companies have asked the administration to soften the rollbacks so as to prevent years-long litigation. "With today's release of the administration's proposals, it's time for substantive negotiations to begin," Gloria Bergquist, a spokeswoman for the Alliance of Automobile Manufacturers, said in a statement to the New York Times. "We urge California and the federal government to find a common sense solution that sets continued increases in vehicle efficiency standards while also meeting the needs of America's drivers." Acting EPA Administrator Andrew Wheeler said this week that he would like to "come up with a 50-state solution that does not necessitate pre-empting California."

The EPA's Scientific Advisory Board said in June that it would review a number of the changes made under former Administrator Scott Pruitt, including the plan to reduce vehicle efficiency standards.

Along with states, the auto industry and the EPA's own advisors, the Trump administration is also attracting hefty criticism from environmental groups. "The administration is using a parade of horrors to justify an extreme rollback," said the Safe Climate Campaign. "They lead to the conclusion that safety will be impaired. This will lead to more polluting vehicles, cost consumers more and it won't save any lives." Michael Brune, executive director of the Sierra Club said today, "Rolling back the Clean Car Standards is one of the most significant attacks on clean air and climate action in history, and Donald Trump is making it clear his mantra is pollution over everything." He added, "Make no mistake, the Sierra Club and the American people will continue fighting to protect the clean car standards and the health of our communities."

The draft proposal will soon be open for public comment, and you'll be able to submit one here.

In this article: California, CleanAirAct, DonaldTrump, emissions, environment, epa, FuelEfficiency, gear, green, politics, tomorrow, transportation, TransportationDepartment
All products recommended by Engadget are selected by our editorial team, independent of our parent company. Some of our stories include affiliate links. If you buy something through one of these links, we may earn an affiliate commission.