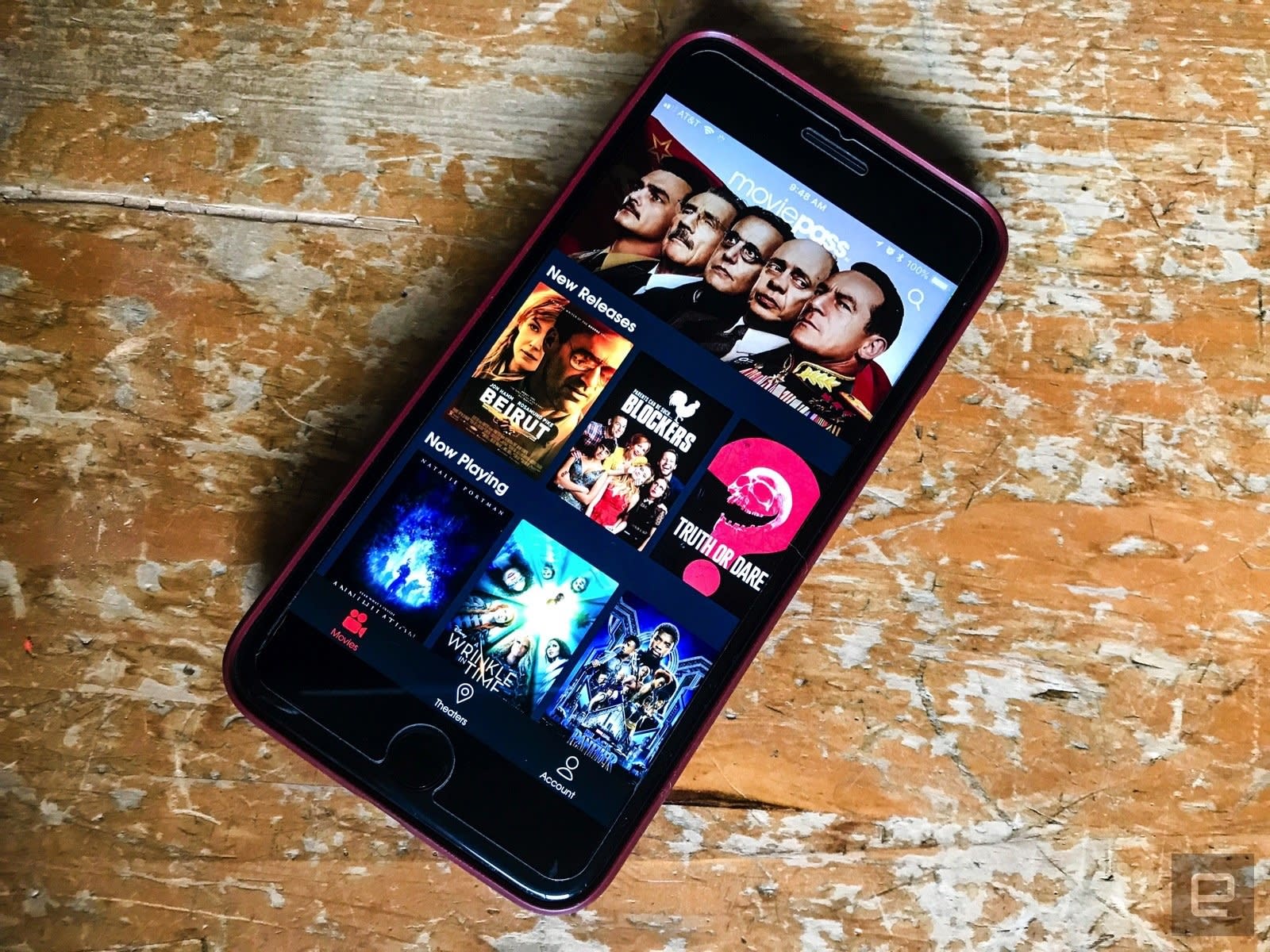 After borrowing emergency funds to keep the lights on and toying with a price increase, MoviePass is trying to stave off the Grim Reaper by limiting how many movies you can see each month. You won't be able to see a movie every day with your plan after August 15th. Instead, you can only grab tickets for three flicks a month, and get up to $5 off tickets beyond that. MoviePass CEO Mitch Lowe told the Wall Street Journal that the move will slash the company's cash burn rate by over 60 percent.

MoviePass says only 15 percent of its more than 3 million users see four or more movies a month, so most customers won't be affected (but it'll come as a blow for the diehards who saw as many movies as their plan and time allowed). It added that the new plan should also reduce misuse of the system. Last week, the company said it would raise the price of its plan from $10 to $15 per month, but that's no longer the case.

The new plan won't affect annual subscribers until renewal time, and monthly subscribers will have the choice to switch over or cancel when it's time for them to renew after August 15th. MoviePass says that it will suspend surge pricing and ticket verification for those who move to the new plan. However, it noted that the new plan includes "many major studio first-run films," suggesting that some movies might still be off-limits.

In this article: entertainment, gear, moviepass, services, TL18MVPS
All products recommended by Engadget are selected by our editorial team, independent of our parent company. Some of our stories include affiliate links. If you buy something through one of these links, we may earn an affiliate commission.