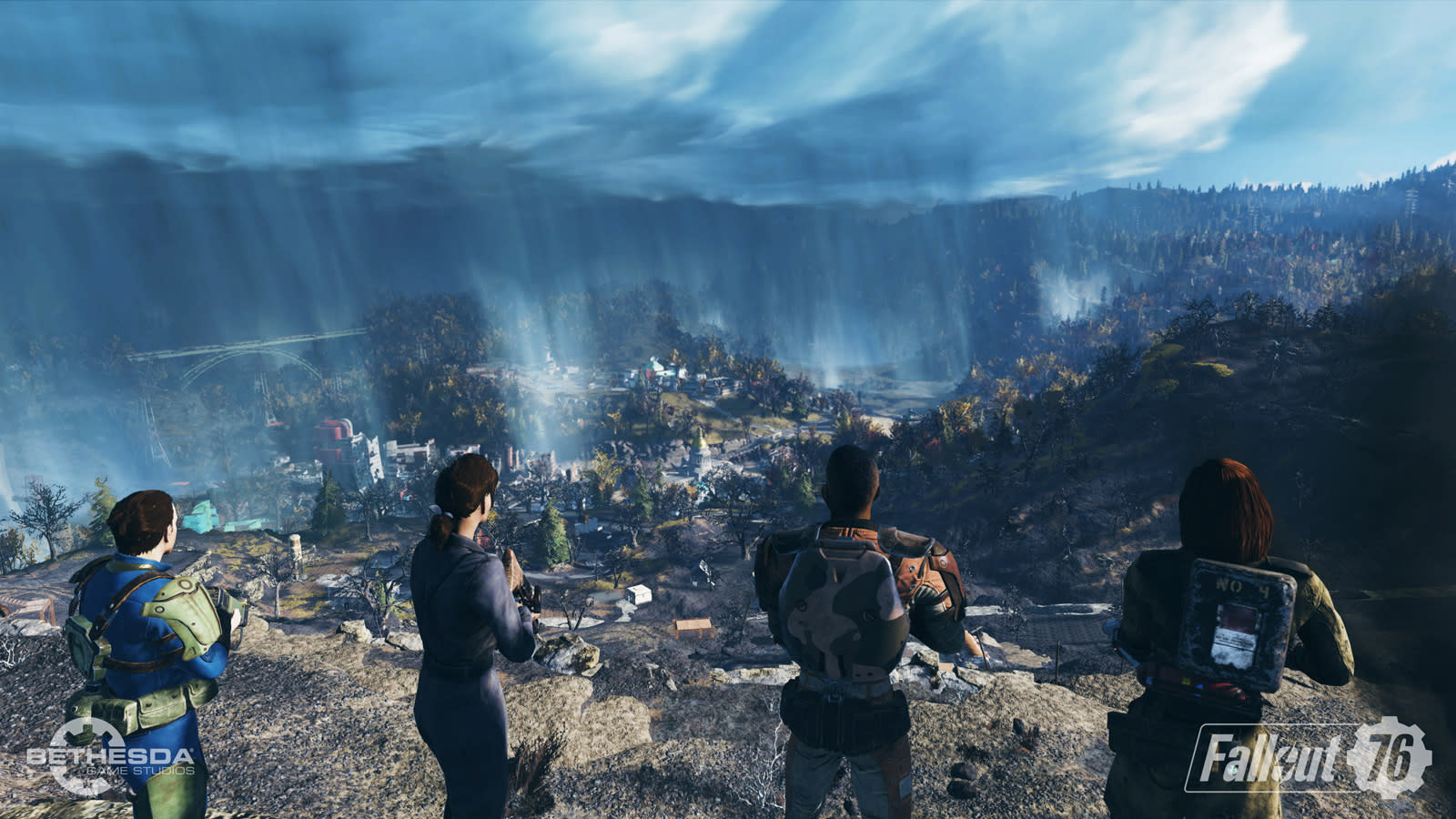 When Bethesda mentioned that Fallout 76 was an online game, you could hear alarm bells ringing in fans' heads. How were they going to deal with the inevitable trolls who come in to ruin other players' fun? Now we know: it's making them a part of the game. In a presentation at QuakeCon, game lead Todd Howard revealed that people who kill unwilling victims will get bounties on their heads, with the money coming out of their total cap balance (that is, currency) and reflecting their character level. They'll also be impossible to miss -- you'll see a red star on the map.

This will help you avoid troublemakers, but you'll have a strong incentive to take them down. Fallout 76 will include a revenge mechanic that doubles the usual payout if you take down the person who killed you. You also won't lose your core gear like weapons and armor, so you don't have to worry that someone will swipe your hard-earned laser weapon.

Bethesda is also making it easier to avoid these headaches in the first place. You can block and ignore particular players, so you won't have to deal with someone who regularly makes your game miserable. You can also switch on a "pacifist mode" for your weapons to prevent them from dealing any damage against fellow players, reducing the chances of accidentally picking a fight.

This concept isn't completely novel. Grand Theft Auto Online, for instance, has a "mental state" system that increases rewards when you kill misbehaving players. It does, however, show that Bethesda is well aware of the potential for toxic players and wants to discourage them before they do much damage.

In this article: av, bethesda, BethesdaSoftworks, fallout, fallout76, gaming, griefers, griefing, personal computing, personalcomputing, quakecon, quakecon2018, trolls
All products recommended by Engadget are selected by our editorial team, independent of our parent company. Some of our stories include affiliate links. If you buy something through one of these links, we may earn an affiliate commission.