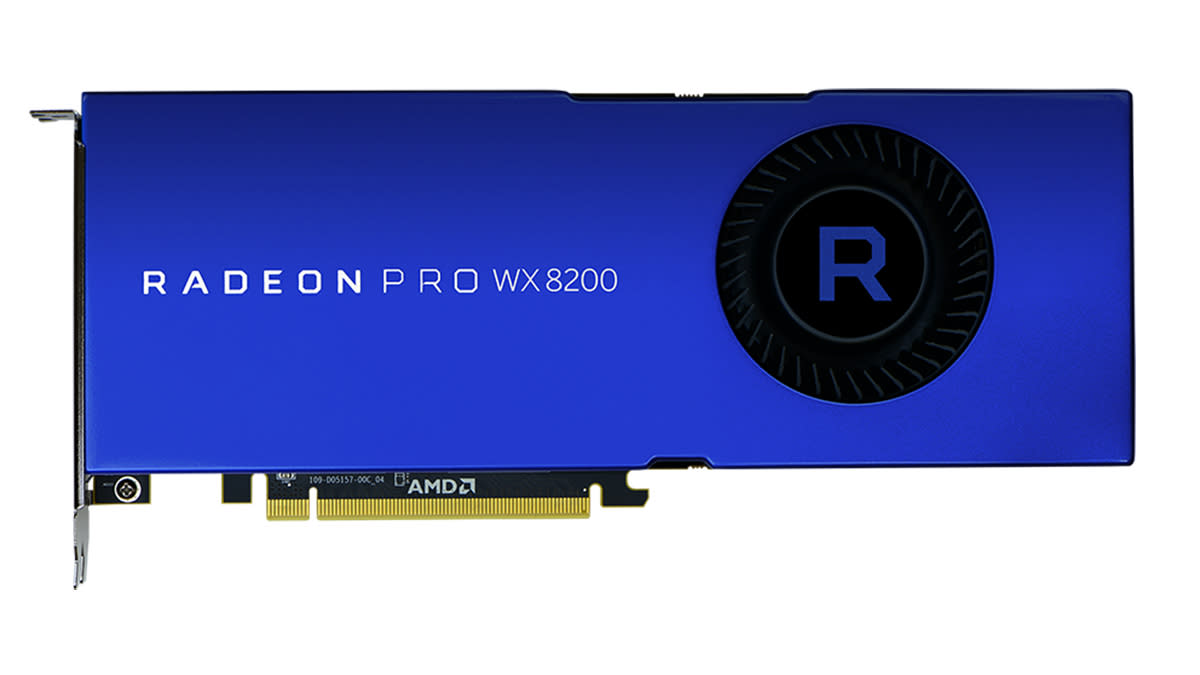 AMD has been pushing Intel on the CPU high-end with new, more budget-minded offerings like the 32-core Ryzen Threadripper, and now it's doing the same to NVIDIA. Just ahead of Siggraph 2018, AMD launched the Radeon Pro WX 8200, a card aimed not at gamers but workstation-using content creators. With 8GB of ECC RAM, the Vega 10-powered offers 10.8 teraflops of performance, close to that of AMD's flagship Radeon Pro WX 9100. However, the WX 8200 is less than half the price at $999, while significantly outperforming NVIDIA's similarly-priced Quadro P4000.

The WX 8200 is a slimmed down version of the WX 9100, offering the same memory bus width (2048-bit) and 14-nanometer architecture. However, it has less RAM (8GB compared to 16GB), fewer stream processors and some disabled compute units.

Content creators will no doubt appreciate the lower pricing. Pro cards support certain features that standard gaming cards don't, like working with 10-bit (a billion) colors via OpenGL in Photoshop. However, graphics pros often grumble about paying a premium for workstation-class cards over consumer models like NVIDIA's GTX 1080 or AMD's Radeon RX Vega. AMD's latest move to lower the barrier of entry might force NVIDIA -- which will hopefully unveil its next-gen gaming cards this month -- to do the same.

In this article: amd, gear, GPU, Graphics, GraphicsCard, personal computing, personalcomputing, RadeonProWX8200, Siggraph2018, Workstation
All products recommended by Engadget are selected by our editorial team, independent of our parent company. Some of our stories include affiliate links. If you buy something through one of these links, we may earn an affiliate commission.