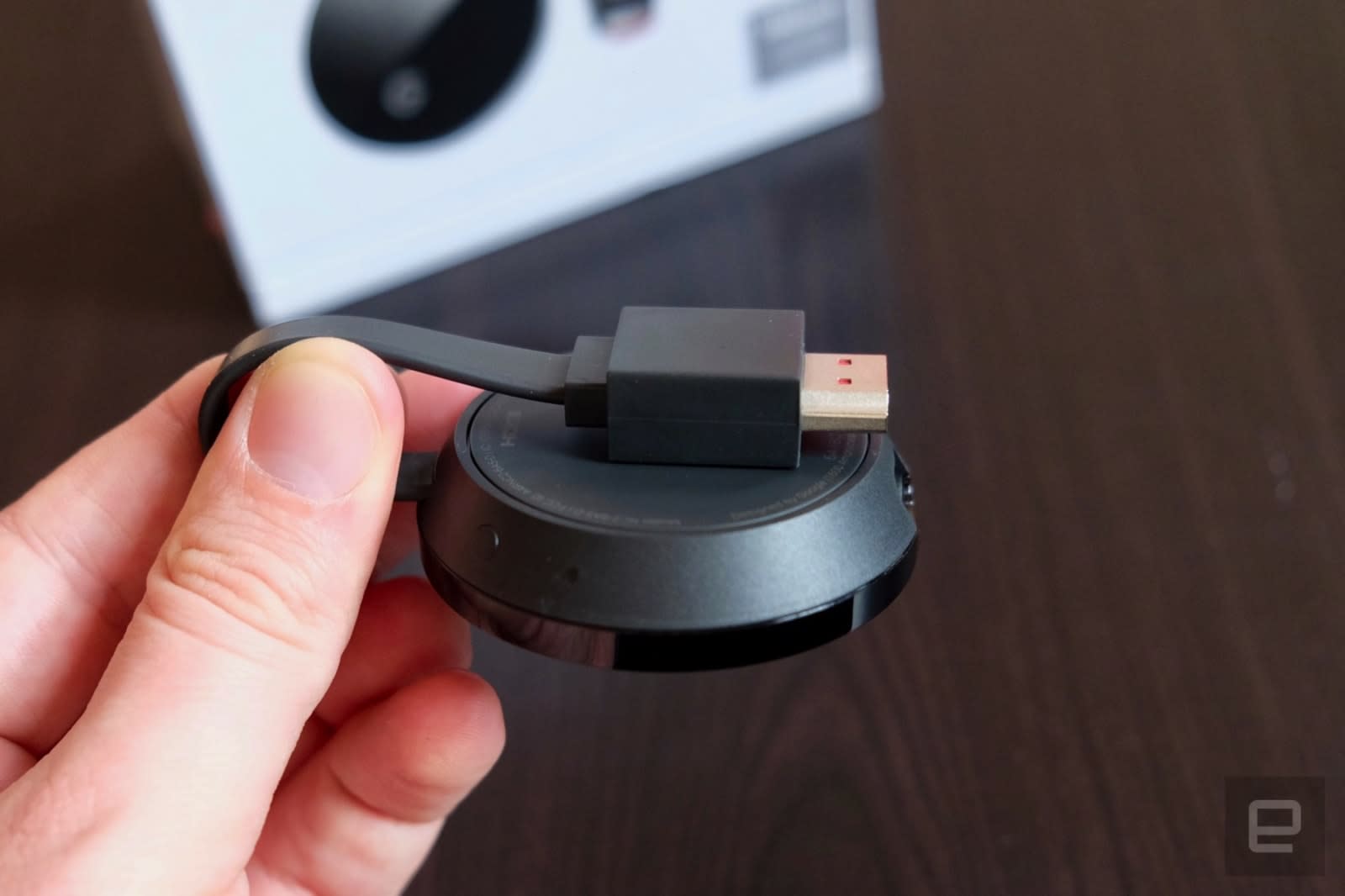 Google may soon release a Chromecast with full Bluetooth support and sturdier WiFi connectivity, an FCC filing indicates. It seems likely the dongle will have the same design as the current version, with Google only making internal changes.

The addition of Bluetooth support was somewhat expected, as Google told the FCC earlier this year that it planned such an update, Variety notes. The current version of Chromecast does include a Bluetooth chip, which is used during the setup process, but future iterations of the device may offer full support for the standard and open up the streaming dongle to more flexible connectivity with other devices.

Meanwhile, Google is altering an antenna to bolster 5GHz WiFi connections. We could see the next version of Chromecast arrive at Google's usual fall product event, where it seems likely the company will unveil the Pixel 3 and possibly a smart display.

In this article: 5ghzwifi, bluetooth, chromecast, dongle, fccfiling, gadgetry, gadgets, gear, google, googlechromecast, wifi
All products recommended by Engadget are selected by our editorial team, independent of our parent company. Some of our stories include affiliate links. If you buy something through one of these links, we may earn an affiliate commission.