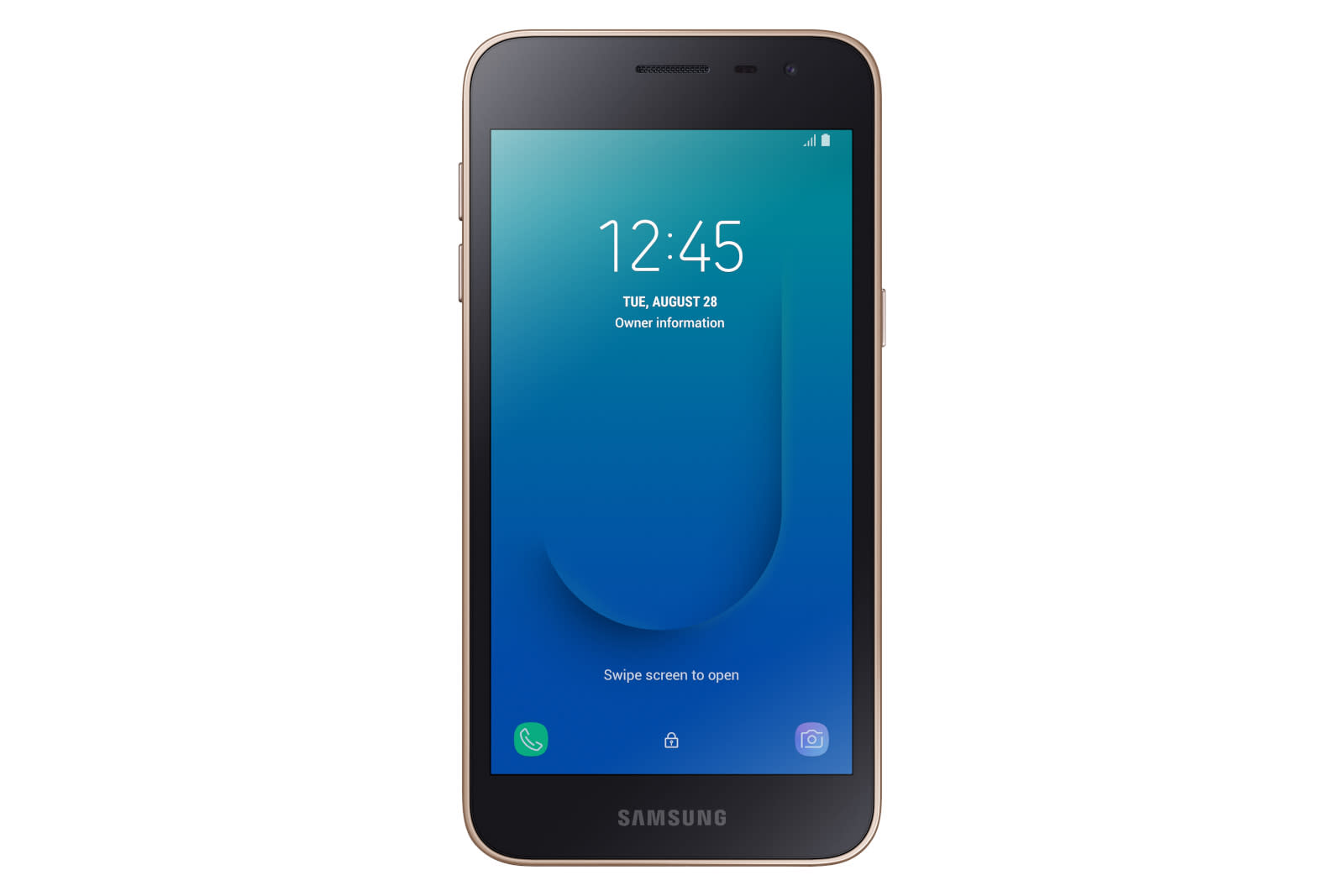 Samsung has revealed its first smartphone created specifically for Android Go, Google's stripped-down mobile OS. The Korean manufacturer has been making affordable phones for a long time, and they've been doing quite well in developing markets where they're being sold. It's really no surprise that it has conjured up a Go phone of its own -- this could even be the first of many. The Samsung Galaxy J2 Core comes pre-loaded with apps tweaked for the platform. It's not entirely clear which apps those are, but Google already released several Go-optimized applications, including scaled-down versions of the Google app, Assistant, YouTube, Gboard, Chrome, Maps, Files, Gmail and Google Play.

The phone's specs obviously won't be able to compete with its high-end, even mid-range, counterparts, since the OS was created for devices with 1GB of RAM. And that's exactly what the J2 Core has: 1GB of RAM, along with 8GB of storage, 8-megapixel rear camera, 2-megapixel front cam and a 5-inch 540 x 960 pixel resolution display. Thankfully, unlike the J2 Pro, it's a legit smartphone that can connect to the internet via WiFi, though it doesn't look like it can use mobile data. It will initially be available in Malaysia and India starting on August 24th, but Samsung says it will make its way to more markets in the future.

In this article: android, androidgo, gear, j2core, mobile, samsung
All products recommended by Engadget are selected by our editorial team, independent of our parent company. Some of our stories include affiliate links. If you buy something through one of these links, we may earn an affiliate commission.