At least not any time soon. Sorry, America.

I know what you're thinking: Why should you care about a bunch of phones you might never get to buy? Well, in addition to feeding your FOMO, it's also worth learning about technologies available elsewhere in the world. Things that first showed up abroad (think: all-screen phones) have a habit of showing up stateside after some time. There are already a few phones in other countries that offer advanced features like in-screen fingerprint readers that we're expecting to arrive in the US soon. Granted, the phones we saw at IFA weren't groundbreaking flagship devices, but it's still worth noting what we're missing out on. Fasten your seatbelts, close your tray tables and return your seats to the upright position and join me on this journey around the world. 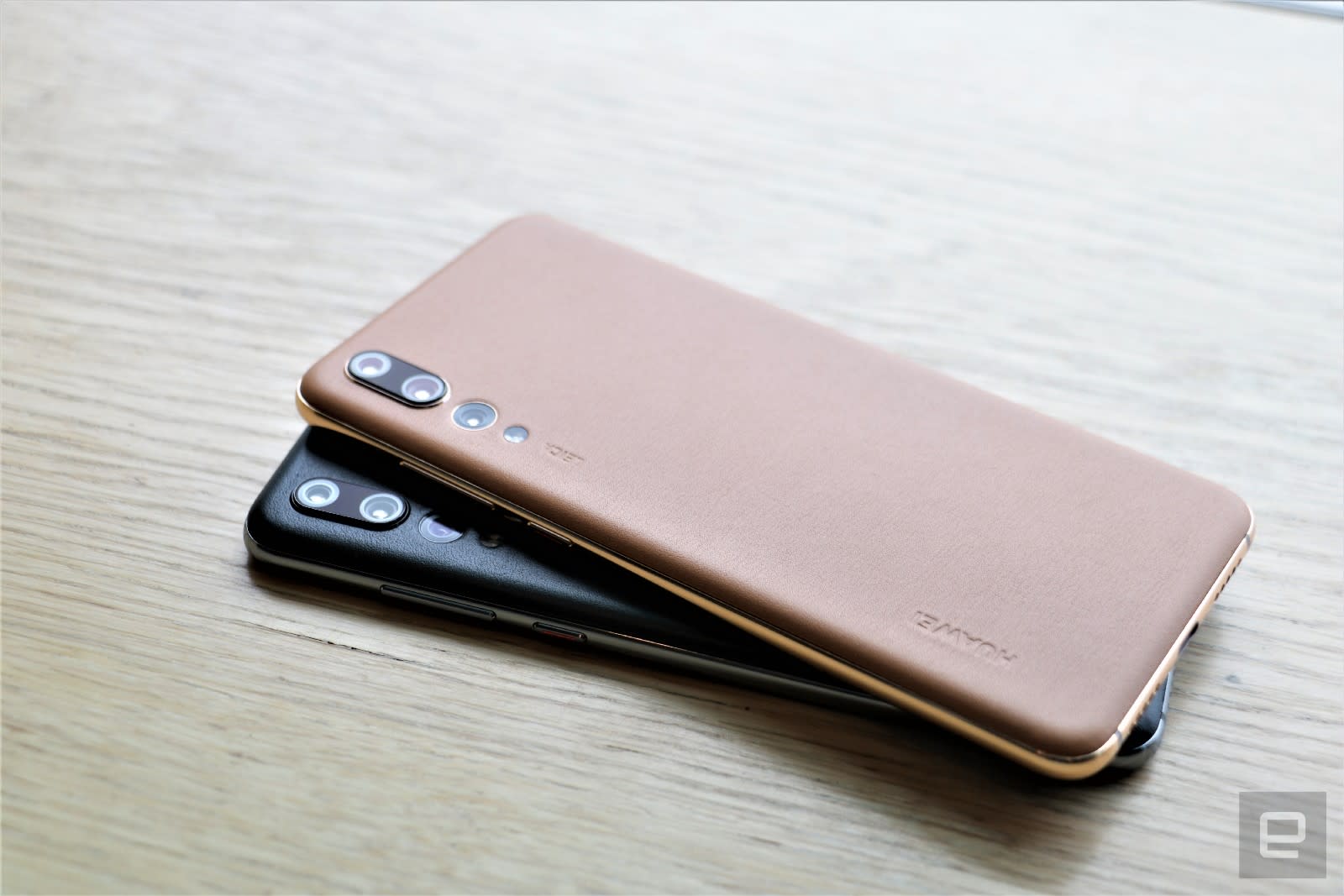 Sorry 'Muricans. You won't get the original P20 Pro, which is a shame in itself, but you also won't get it in this classy-looking genuine leather finish. I thought I couldn't love a phone finish more than I did the P20 Pro in its purple-green Twilight gradient, but I was wrong. This thing in leather feels supple and luxurious, and comes with more RAM and storage than the regular version. Sure, you can buy a leather case for your phone, but you'll have to deal with moving pieces and additional bulk. 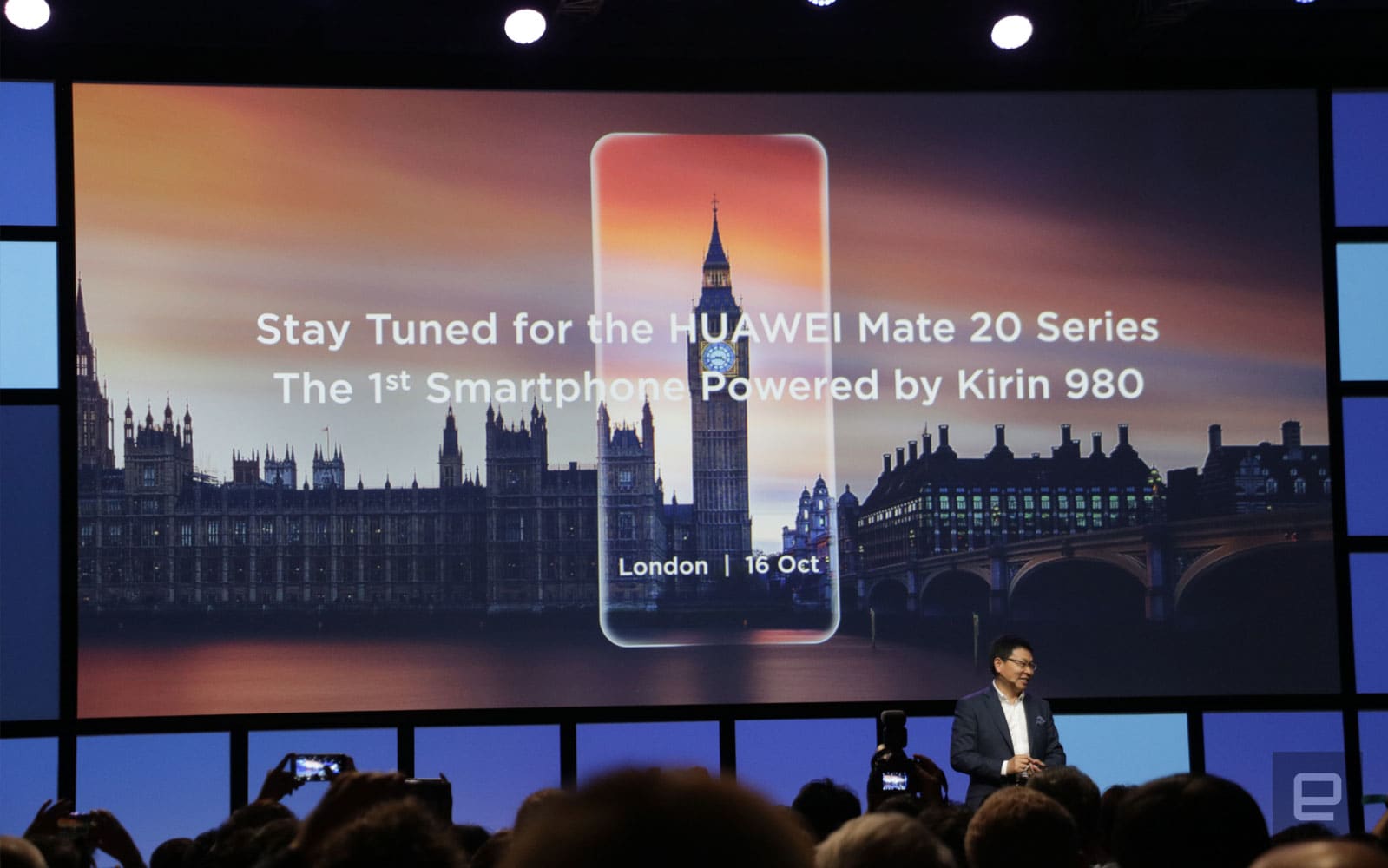 Although Huawei didn't launch this phone here at IFA, CEO Richard Yu did announce the Mate 20 will be the first device to use the company's just-unveiled Kirin 980 processor. We'll learn more about the Mate 20 on October 16 in London, but we already have an idea what to expect from it. Most likely, we'll see a large 4,200mAh battery, a 6.3-inch screen and a smaller display notch than what's on the market. More importantly, we should hear how the Mate 20 makes use of the Kirin 980's dual-NPU architecture to speed up AI tasks as well as its new Big-Medium-Little cores to maximize battery life.

The Mate series was supposed to be Huawei's offering for the US, but since its woes with carriers and the government began this year, the company may be giving up on America. Yu told Engadget at a roundtable that bringing the Mate 20 to the US is going to be "difficult," citing "political things" and "President Trump" as obstacles. Delivering flagship phones without the support of American carriers is a Herculean task, while selling through sites like Amazon only moves "small quantities." Bringing the Mate 20 stateside might be more trouble than it's worth. 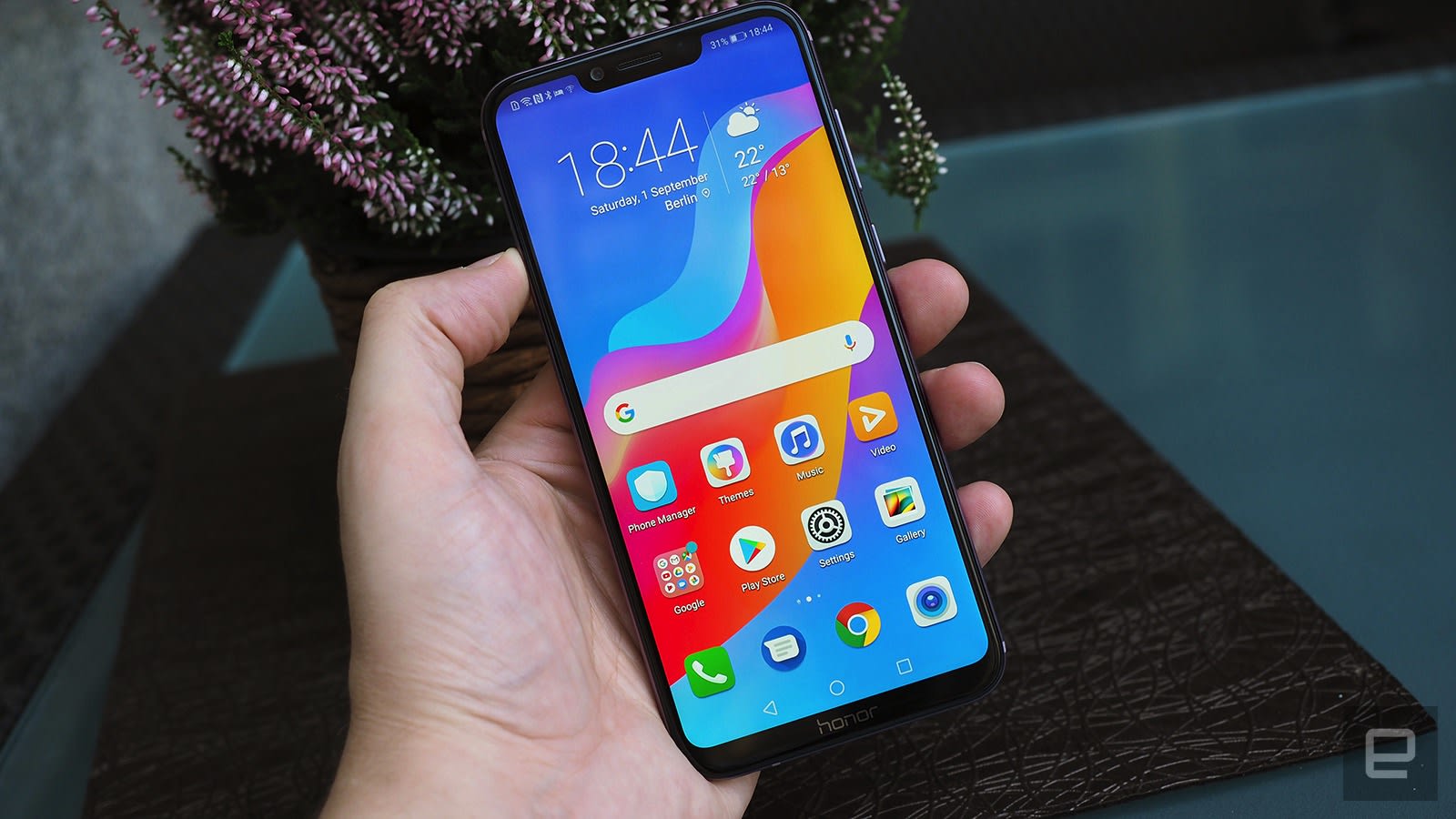 No official word yet on whether the Honor Play will be heading to the US, but given it is a sub-brand of Huawei, the chances are slim. You might not be missing out on much, though. Aside from being a mediocre phone that's not much better than any other non-gaming-specific handset, Americans also don't tend to want gaming phones. Maybe if titles like PUBG and Fortnite find a bigger audience here, this will be a bigger loss. Still, the Honor Play is a decent phone for the price that mobile gamers with shallower pockets could find compelling. 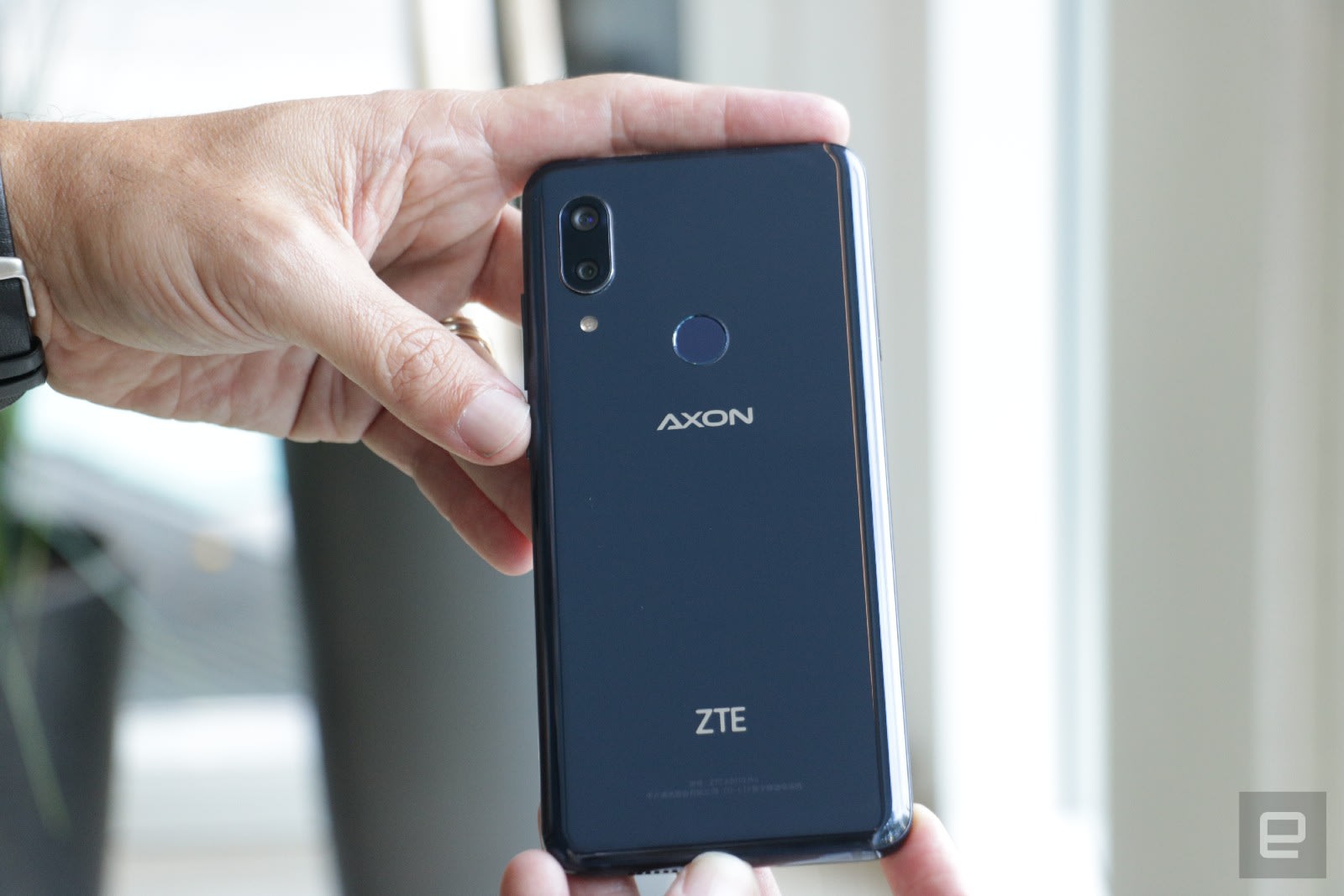 Another company that's fallen afoul of the US government, ZTE returned to IFA with the Axon 9 Pro. Although it's mostly a refresh of the company's affordable flagship line, the Axon 9 Pro comes with new display technology that uses a dedicated processor to enhance anything that's rendered on the screen. The system fills in low-frame-rate footage from any source (streamed or downloaded) to get the quality up to 60 fps, in addition to enriching color depth. The side-by-side comparison demos we saw were impressive, and the Axon 9 Pro could potentially have some of the best visuals on a phone yet. Since the federal ban on the company had only recently been suspended, and ZTE is still under a ten-year probation as part of its settlement with the government, it's not going to bring the 9 Pro here. But we might see the display technology in subsequent Axon phones that will likely head stateside. 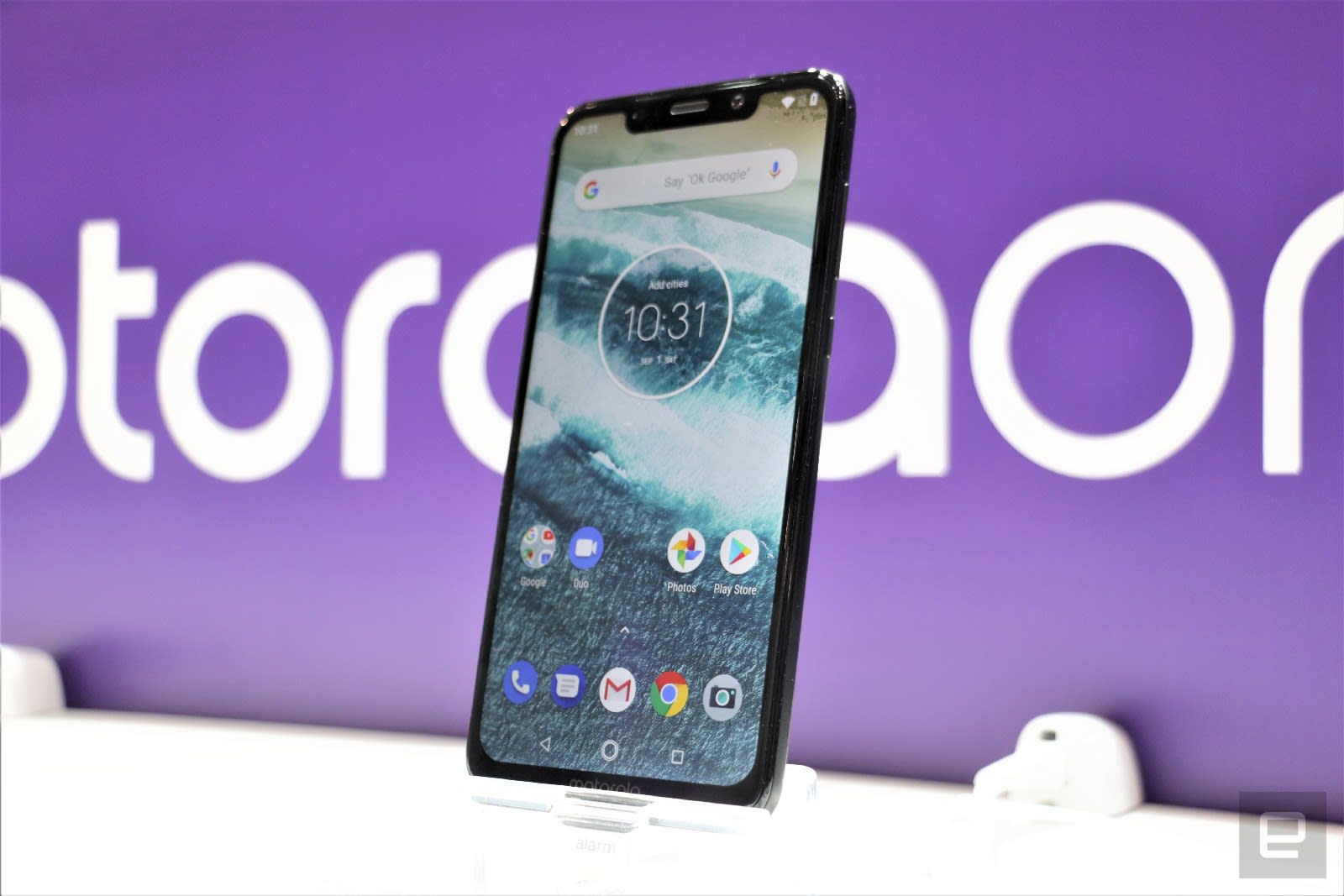 Motorola One and One Power

Our attention is usually drawn to the biggest and best phones, but there's a lot to appreciate about affordable midrange devices, too. The Motorola One and One Power, for instance, offer respectable specs like Snapdragon 600 series processors, dual cameras with AI features and displays that take up nearly all of the phone's face. All this is wrapped up in a pretty, premium-feeling body, although its glass exterior gets smudged up easily. Plus, these are Android One devices, meaning they'll run the stock OS, come with little (or no) bloatware, and get the latest updates in a timely fashion. They'll even be updated to Android 9 Pie by the end of the year. The One Power will only be available in India, while the €300 One will be released worldwide, with the exception of the USA.