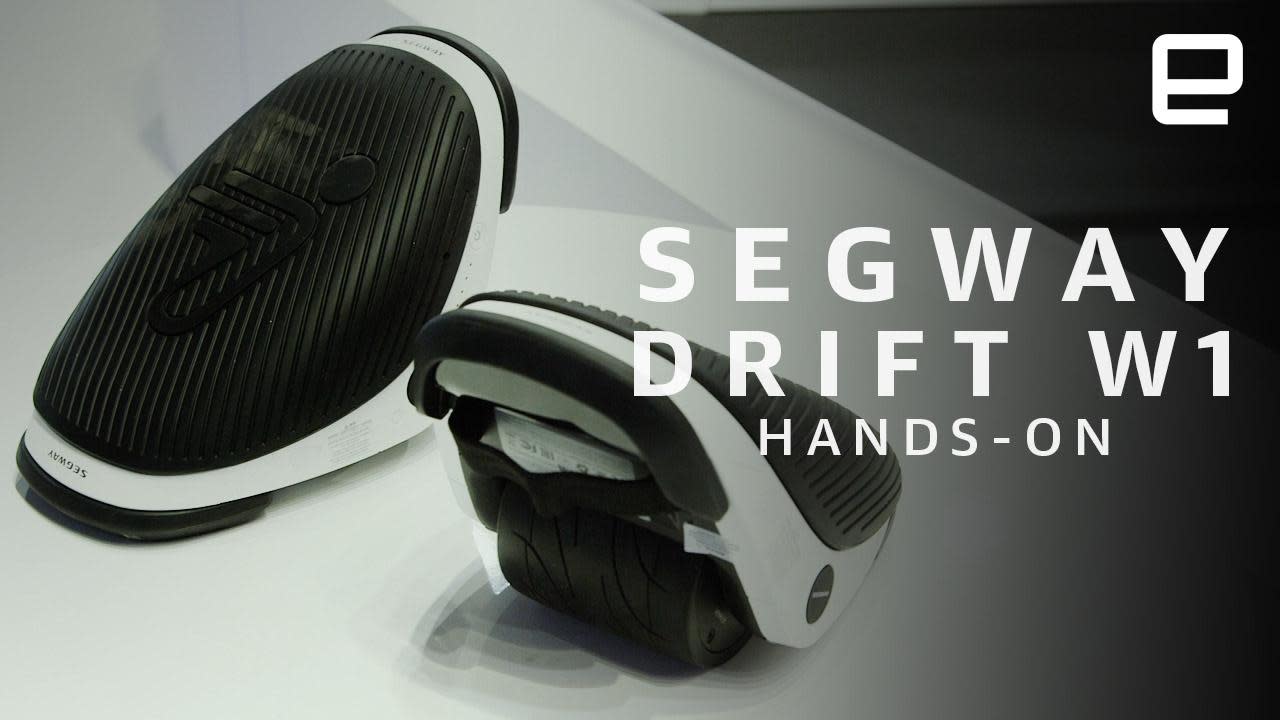 Disgraceful name appropriation aside, hoverboards have blessed us with many an exploitative YouTube compilation. And given the number of bruised coccyxes hoverboards are responsible for, you'd think splitting them into two separate pieces would make for double the danger. Nevertheless, e-skates exist, and what better company to take them mainstream than Segway? The quirky transportation company is due to ship its Drift W1s any day now, and IFA attendees were invited to try them out on a little roller rink Segway had built on the show floor in Berlin. Much to my relief, they are far from the deathtrap they appear, and while they probably won't be suitable for your daily commute, they're a lot of fun all the same. 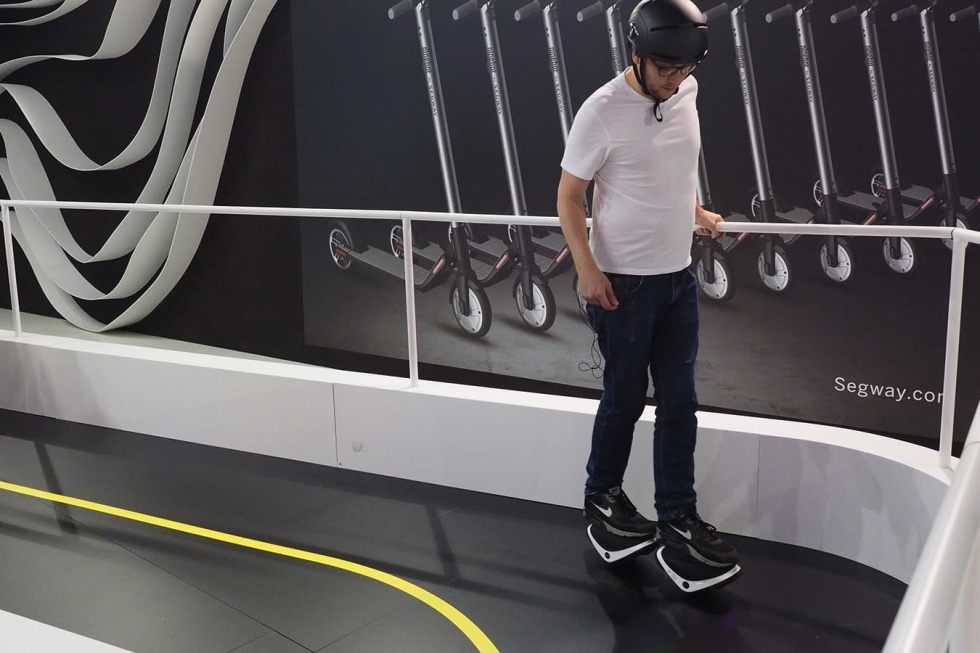 The Drift e-skates use the same self-balancing tech as Segway's other, better-known products, so shifting your body weight controls acceleration and deceleration. The pads you stand on actually feel bigger than they appear in pictures, and the wheels span the entire width of the skates for stability. That means they can only tilt forward and backwards on a single axis, so there's no risk of rolling your ankles.

Credit to Segway's booth attendants. There was no monologue about keeping legs and ankles rigid but relaxed; no over-explaining the concept of self-stabilization and leaning-orientated controls. "Look ahead and think about moving forward" was the sum of the tutorial, and within a few minutes I was relaxed and in control, or at least aware of how to regain control if I hurtled outside my comfort zone. 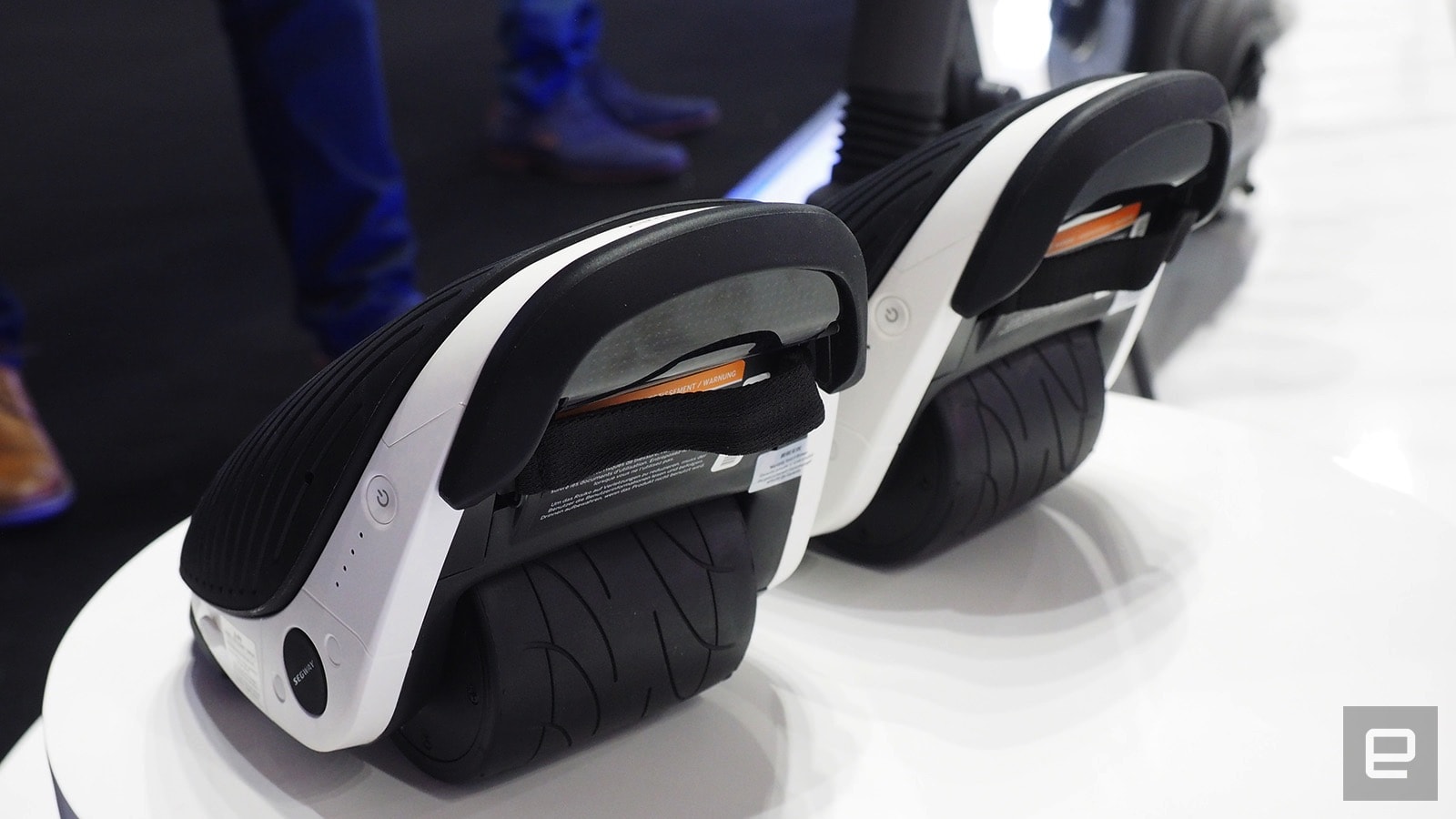 I quickly became confident enough to try reverse, spin and even one-footed maneuvers. Some would say I'm a natural. The fact there are two distinct skates doesn't complicate matters, either. It's similar to rollerblading in that sense. Your legs don't automatically go in two different directions just because they're not bound together. And even if you do lose control, you simply step off, no harm done. Even though space didn't allow for me to reach the Drift's top speed of 12kmph (around 7.5mph), I had a ton of fun winding around Segway's little IFA arena nonetheless.

And fun's what the e-skates are for, after all. With a 45-minute runtime per charge, they'll actually take you pretty far, but the problem with small wheels is you'll feel everything. Gravel, sidewalk cracks and other seemingly minor obstacles won't be your friend. So as much as I enjoyed the perfect conditions of the IFA show floor, I'm under no illusion the Drift W1s are much more than an expensive toy. But if you find $399 in an old pair of jeans, spending it on a pair of Segway's skates will at least result in some smiles. Plus, the learning curve isn't nearly as steep as it looks, nor as fraught with danger. Just remember never to pick them up while they're switched on. Not ever...

In this article: driftw1, e-skates, eskates, gear, ifa2018, ninebot, segway, segwaydriftw1, transportation, video
All products recommended by Engadget are selected by our editorial team, independent of our parent company. Some of our stories include affiliate links. If you buy something through one of these links, we may earn an affiliate commission.