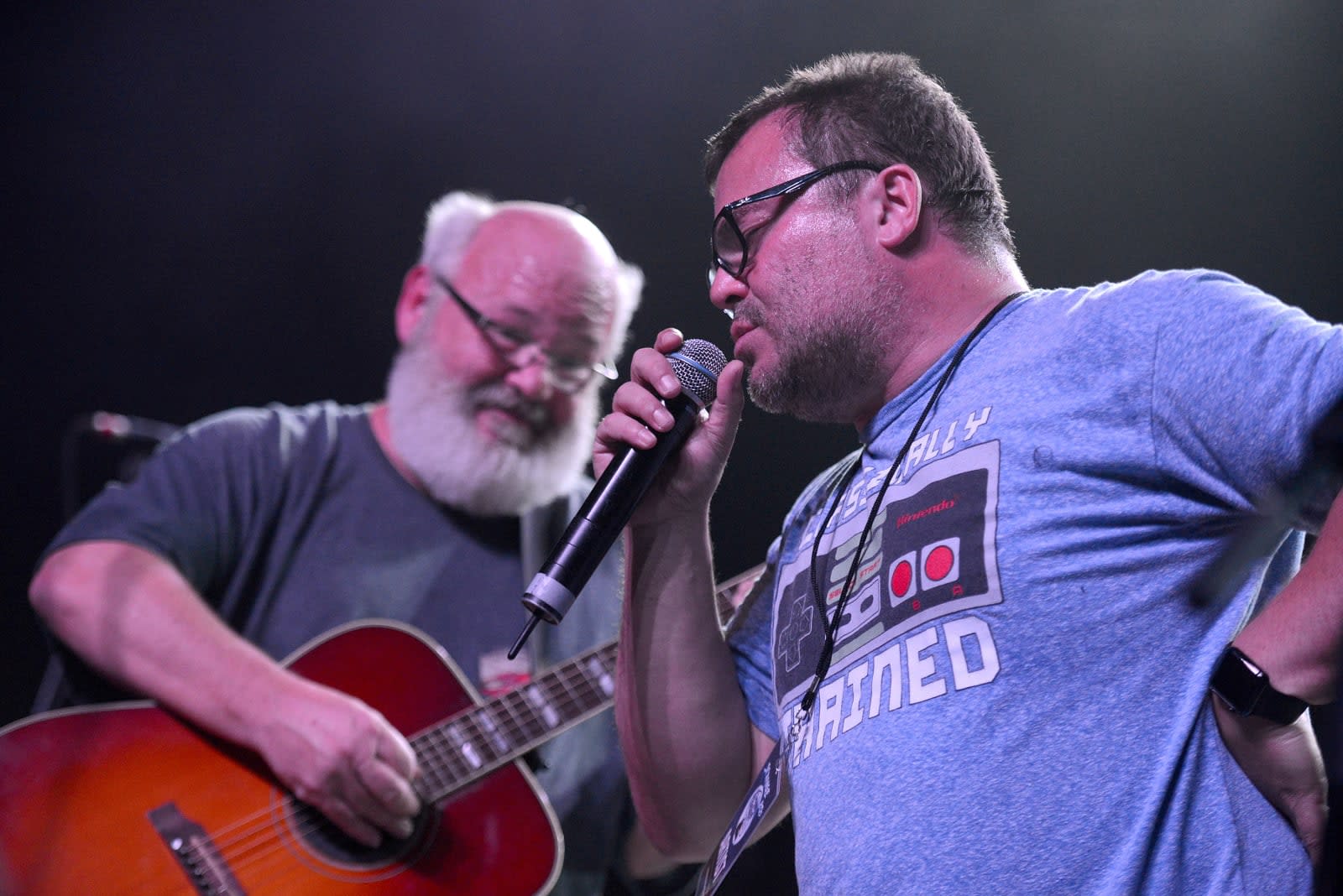 If you're wondering what Jack Black's been up to lately, other than starring in box-office-conquering movies, he's drawn every single frame of a YouTube show starring himself and Tenacious D bandmate Kyle Gass. The comedy-rock duo's web series is called Post-Apocalypto, which shares a name with their upcoming record.

The series debuts September 28th with each of the six episodes featuring new songs. An episode will hit Tenacious D's channel each Friday until the album (which includes frequent collaborator and Foo Fighters frontman Dave Grohl on drums) drops November 2nd.

Post-Apocalypto depicts Black and Gass in a world that's been decimated after a nuclear bomb. They'll visit the White House, and have adventures with a time machine and in space while dealing with some daddy issues. Judging by the teaser clip, it seems the show will consist of static images rather than fluid animation, with Black and Gass providing flavor with their voiceovers. Still, for fans of the duo, it could be a good way to get a taste of what the album has in store. You can check out the teaser and the Post-Apocalypto theme song below.

In this article: album, av, davegrohl, entertainment, jackblack, kylegass, tenaciousd, webseries, youtube
All products recommended by Engadget are selected by our editorial team, independent of our parent company. Some of our stories include affiliate links. If you buy something through one of these links, we may earn an affiliate commission.