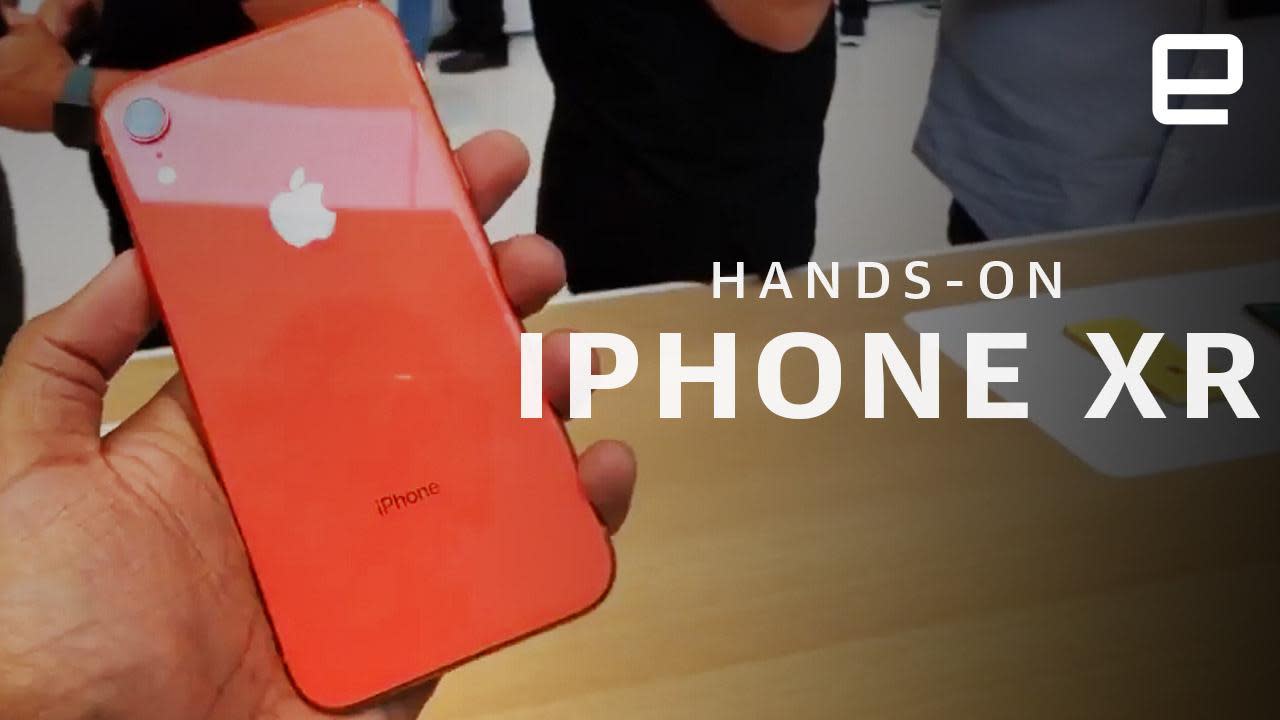 Apple's iPhone Xr wasn't exactly a surprise -- tons of leaks saw to that. Even so, the Xr is easily the most fascinating device the company released today. As expected, this less-expensive version of the iPhone X packs a 6.1-inch LCD display and an aluminum frame, all in the hopes of keeping costs down so more people can benefit from the work Apple poured into this generation of smartphones. And like the iPhone 5c before it -- way before it -- it comes in a host of pretty colors.

Actually, hold on. iPhone 5c comparisons like the one I just made are almost impossible to avoid, but they're not exactly fair. The iPhone 5c packed year-old phone guts into a charming, plastic body. The iPhone XR takes much of what makes the iPhone Xs special -- like that A12 Bionic chipset -- and squeezes it into a body that would've felt premium not long ago. To recap: The iPhone Xr packs a 6.1-inch LCD -- sorry, "Liquid Retina" -- display and a colorful body made of glass and aluminum. For any of you concerned that the iPhone Xr might feel cheap, don't be. It definitely feels a little chunkier than the Xs and the Xs Max, but Apple's attention to fit and finish remains first-rate here. Since it's this year's successor to the iPhone 8 Plus, it shouldn't surprise you to hear that the XR's body feels just like that one. The Xr is a cheaper iPhone X, but it's by no means a cheap one.

That said, the iPhone Xr is defined by the ways it isn't an iPhone Xs. Apple calls the Xr's screen the most advanced LCD panel ever put in a smartphone, and that might be true -- it doesn't have the same kind of color depth that the Xs's AMOLED screen does, but who didn't see that coming? Either way, it's still nice to look at. The Xr also has a single rear camera, and it seemed to take perfectly pleasant photos in the demo room (though the Steve Jobs Theater's ample lighting almost certainly helped).

More importantly, the Xr's A12 Bionic chipset means it basically runs just as fast as its pricier siblings. All those machine-learning-enhanced apps Apple is pushing? All those sophisticated, flashy games we saw today? All those neat AR visuals? The Xr handles them almost effortlessly, and in my brief hands-on time, there seemed to be no discernible difference between the Xr and Xs Max in terms of performance. Buying an iPhone Xr means embracing compromise, but not in the area where I'd argue it matters most.

If you're coming from an iPhone 6s or older, even something as relatively modest as the iPhone Xr will seem like a valuable step forward. You're getting something modern for a decent price, and well after Apple worked out some of the iPhone X's early kinks. The impending release of iOS 12 and the major changes it contains only helps: Upgraders will have access to a wholly modern iOS experience. We've seen this strategy before too: The new, cheap iPad that Apple introduced in 2017 was meant on some level to give existing iOS users a sense of what iOS was truly capable of on even modest new hardware.

At $750, the iPhone Xr stands to bring modern performance to more people, and that's a good thing. Whether or not other companies follow suit remains to be seen, but I know this for sure: I want to see others try this approach.

In this article: apple, gear, hands-on, ios, ios12, iphone, iphone2018, iphonexc, iphonexr, mobile, preview, smartphone
All products recommended by Engadget are selected by our editorial team, independent of our parent company. Some of our stories include affiliate links. If you buy something through one of these links, we may earn an affiliate commission.