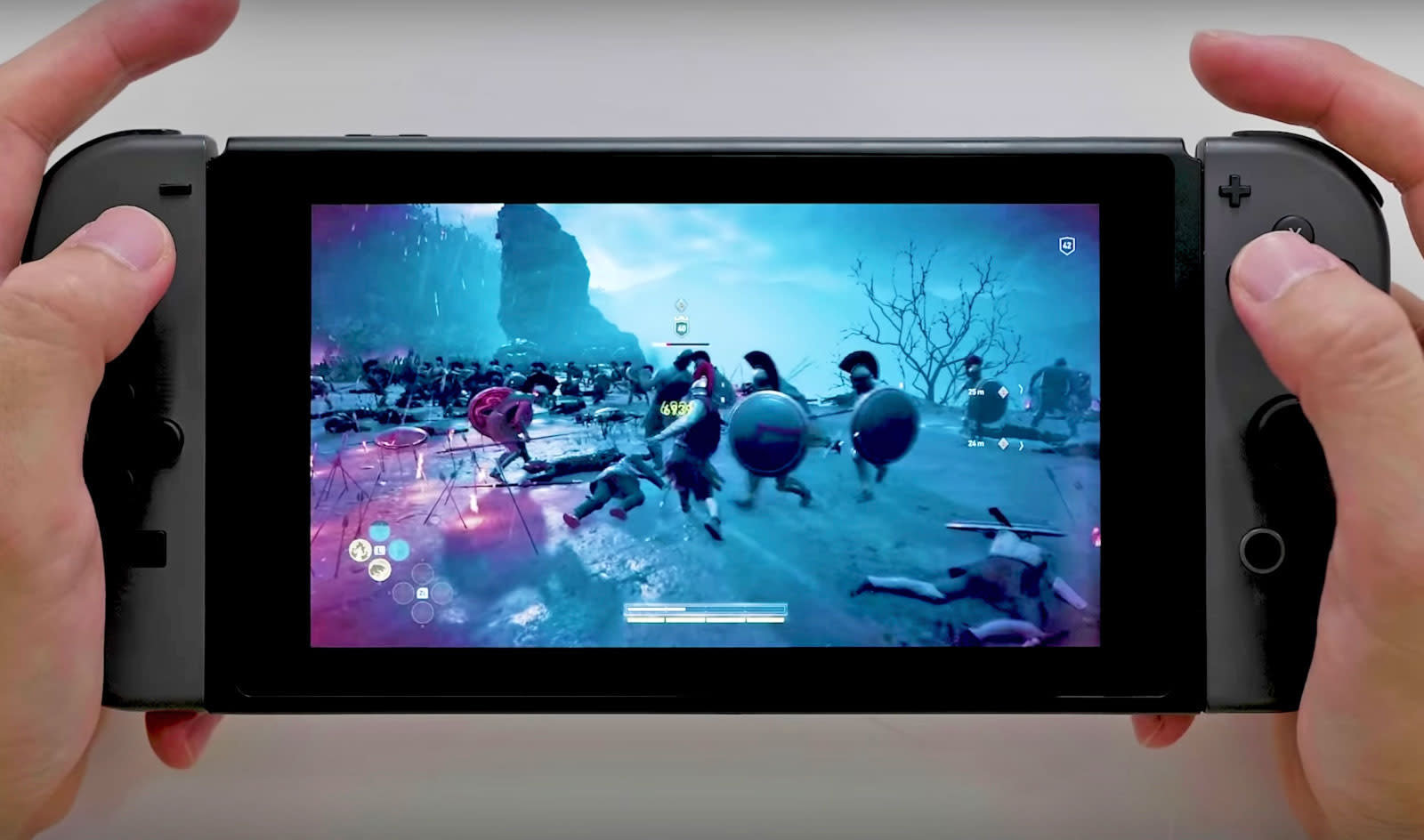 Ubisoft's Assassin's Creed: Odyssey will also land on the Switch, but in a way that probably wouldn't please a lot of people. The upcoming title is following in Resident Evil 7's footsteps and will be available for the platform as a cloud game on October 5th, 2018. Yes, that means players will have to stream it to play it and won't be able to download the whole game in one go. Also, the Switch version seems to be scheduled for release in Japan only for now.

Nintendo has announced the title for its hybrid platform during its Direct livestream event for September, where it also revealed that Animal Crossing is finally getting a Switch version. While it's disappointing that the upcoming Assassin's Creed title won't be available for everyone with a Switch, Ubisoft will still have tons of potential customers, since the game will also be released on the PS4, Xbox One and Windows.

In this article: AssassinsCreedOdyssey, gaming, internet, nintendo, switch
All products recommended by Engadget are selected by our editorial team, independent of our parent company. Some of our stories include affiliate links. If you buy something through one of these links, we may earn an affiliate commission.