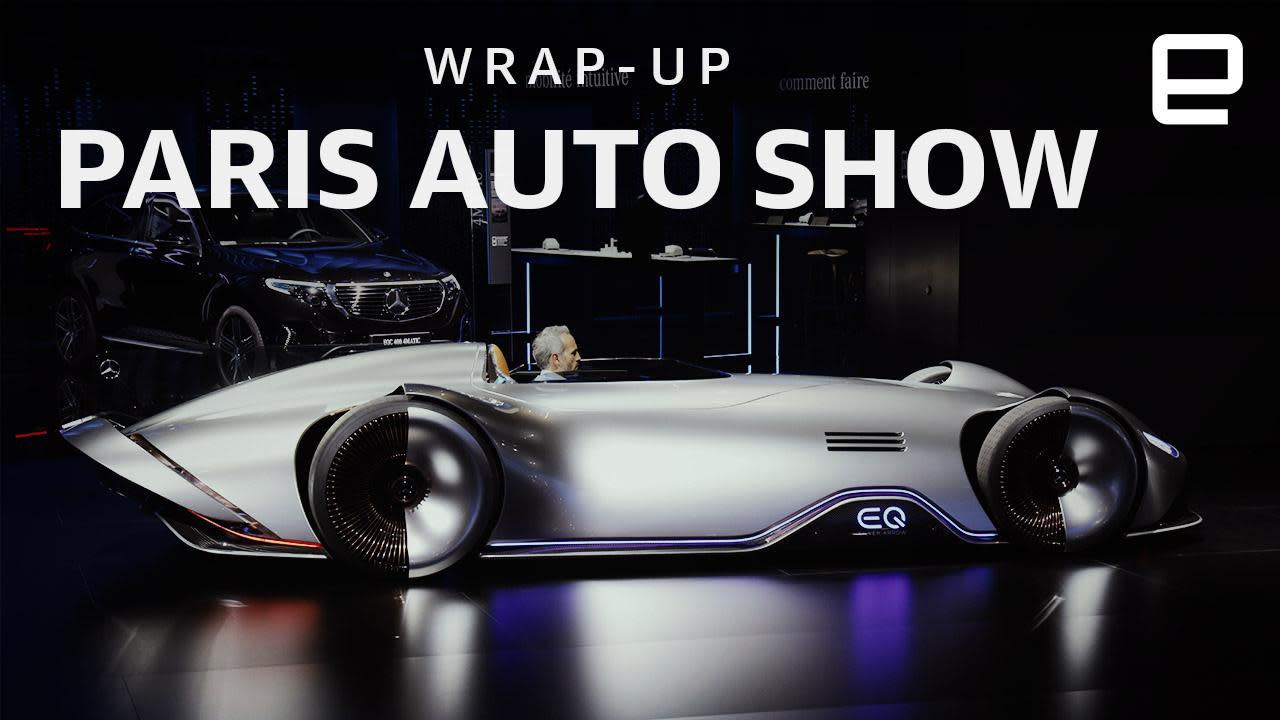 France badly wants electric cars, but as the 2018 Paris Auto Show demonstrated, that's still a long way from happening. Sure, we saw plenty of exciting EV concepts, like Peugeot's throwback E-Legend, the autonomous Renault EZ-ULTIMO land yacht and Mercedes back-to-the-50s EQ Silver Arrow. However, some of Europe's large automakers, like VW, didn't even show up. And apart from Kia's E-Niro, there were no new and affordable non-gasoline cars that you'll be able to buy soon in Europe.

Still, there were some signs of life. PSA Group, which owns Peugeot, Citroen and DS among other brands, is finally starting to get serious about EVs. One piece of evidence for that is the DS 3 Crossback E-Tense that's set to go on sale against Renault's Zoe in 2019. Mercedes also said it would only sell electric versions of its Smart cars in Europe by 2020.

Kia stole the show in terms of mainstream announcements. It unveiled the E-Niro, an all-electric version of the Niro hybrid, with a 65 kWh battery that delivers a stellar 301 mile range (by Europe's latest WLTP standards). Another piece of good news for buyers without diamond-encrusted Chanel bags is that Tesla showed off the Model 3 for the first time in Europe, saying it will soon go on sale.

Other than that, it was pretty dry in terms of news, so we can start looking forward to the next edition. Some of the mainstream EVs set to go on sale in a couple of years include Volkswagen's Crozz I.D., the Ford Mach 1 SUV and many, many other models.

We'll also likely see concepts and prototypes of second-generation EVs by then and hopefully new battery tech and a lot more charging capacity around the world. So you can look at this year's Mondial de l'Automobile as a stopgap until 2020, which should mark the biggest Paris show ever for electric cars.

In this article: BugattiVivo, E-Legend, EQC, EZ-ULTIMO, gear, Mercedes, ParisAutoShow2018, Peugeot, Renault, transportation
All products recommended by Engadget are selected by our editorial team, independent of our parent company. Some of our stories include affiliate links. If you buy something through one of these links, we may earn an affiliate commission.