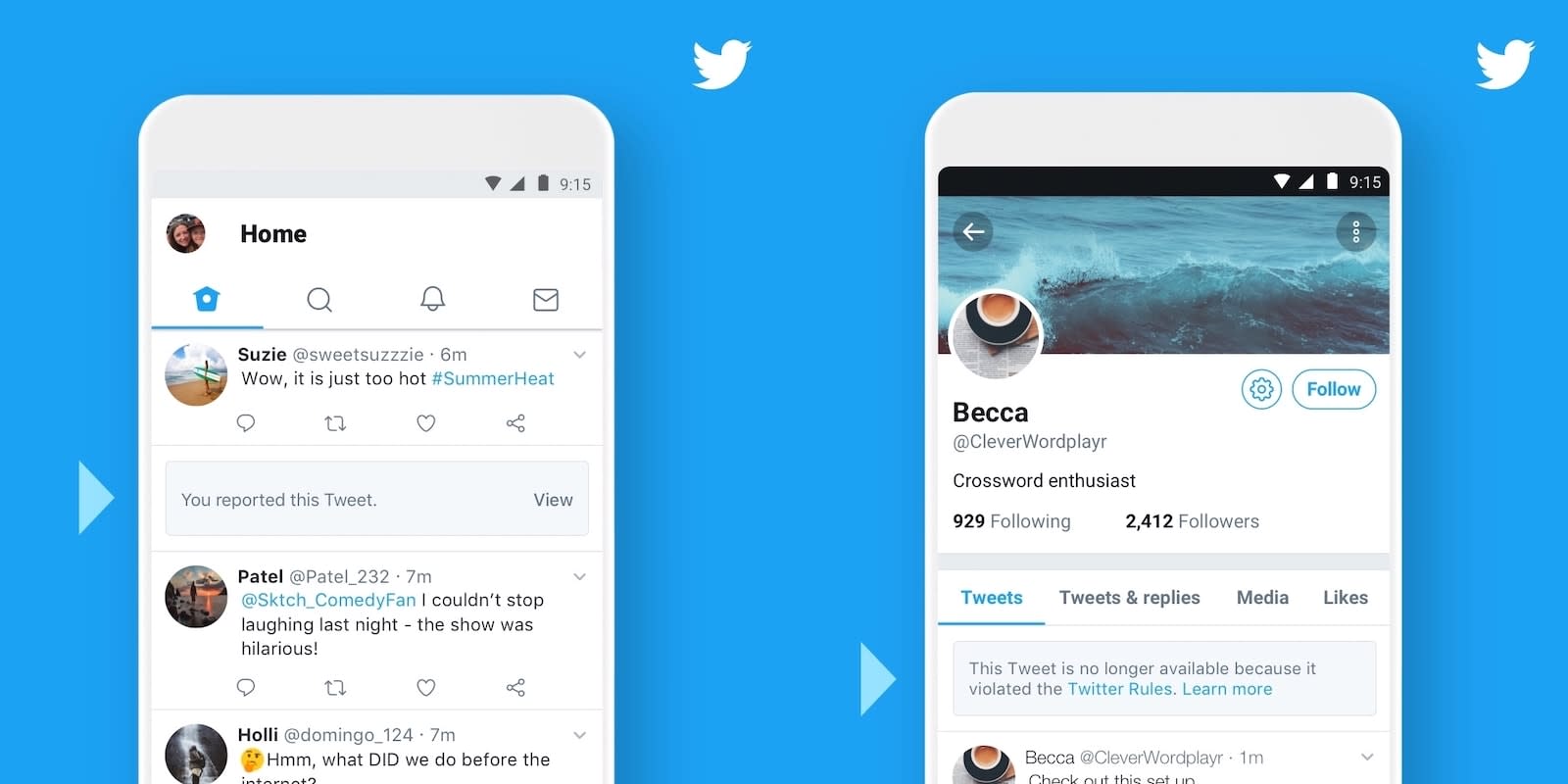 Twitter is making a couple of changes in regards to how it handles reported tweets. First, users have told Twitter that they don't necessarily want to see tweets that they've reported. So now, anytime you report a tweet, it will be hidden behind a notice that says "You reported this tweet." If you do want to take a look at that tweet for whatever reason, you can tap "View" to do so.

Secondly, Twitter is going to make it a little more obvious what has happened to a tweet once it has been reported. "One piece of feedback we've heard regularly is that it's not always clear to people when we took enforcement action or if someone deleted a tweet on their own," the company said in a blog post. Going forward, any tweet that Twitter has required to be taken down will say as much. The tweet in question will display a notice saying "This tweet is no longer available because it violated the Twitter rules," and you'll be able to tap links that provide more information on the company's policies as well as how it enforces its rules. Those notices will stay up for 14 days.

These updates are being done in order to boost transparency around the actions Twitter takes against content that violates its policies. In a similar vein, last month, Twitter CEO Jack Dorsey told the Senate Intelligence Committee that the company was considering a transparency report for suspended accounts.

Twitter says the changes are rolling out over the coming weeks on both the Twitter app and online.

In this article: gear, internet, policy, rules, transparency, twitter, violations
All products recommended by Engadget are selected by our editorial team, independent of our parent company. Some of our stories include affiliate links. If you buy something through one of these links, we may earn an affiliate commission.