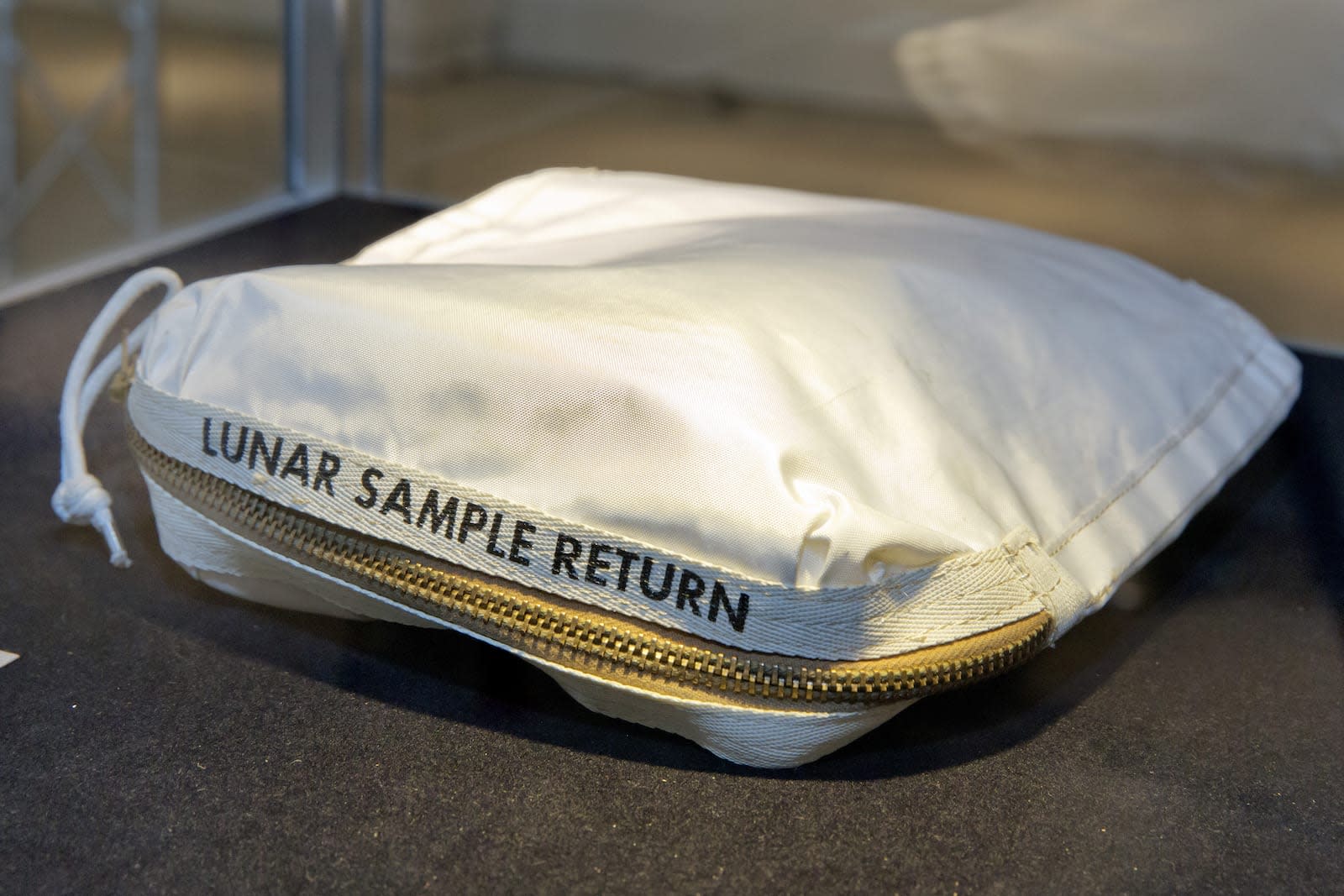 NASA's Office of Inspector General has released a new report detailing shortcomings in how the agency manages its historical items, The Verge reports. Over the years, NASA has apparently lost a number of assets, including a lunar soil collection bag, Apollo 11 command module hand controllers and even a lunar rover vehicle prototype.

Among the lost items is an Apollo 11 lunar collection bag with lunar dust, which was seized by the FBI from a former Kansas Cosmosphere and Space Center CEO and then sold at a government auction. It was later resold for $1.8 million. In another incident, a set of Apollo 11 controllers were taken by a NASA employee who had been told by a supervisor to throw them away. The agency attempted to obtain the controllers when they were put up for auction, but, according to the report, it stopped trying after three years. Additionally, the owner of a lunar rover vehicle prototype, which was spotted in a residential Alabama neighborhood and reported to NASA, expressed a willingness to return the vehicle to the agency. But after months of no activity on the part of NASA, the owner passed away and the vehicle was sold to a scrap yard owner who later sold it at auction.

Along with lost items, the OIG also found that NASA has loaned historical items, such as Challenger and Columbia artifacts, to other institutions without proper loan and security agreements being signed. It also determined that the agency doesn't have an adequate process for deciding what items should be considered heritage assets or how those assets are managed. Further, because certain items need to be preserved in a particular way, the OIG suggests outside organizations like the Smithsonian may be better suited to caring for and displaying them.

As an example of how difficult preservation can be, the Smithsonian raised nearly $720,000 on Kickstarter in order to collect the funds required to keep Neil Armstrong's rapidly decaying spacesuit intact.

The OIG laid out a handful of recommendations for NASA to address these issues going forward, though it noted that the agency has improved its procedures over the years.

In this article: Apollo11, art, artifacts, Challenger, columbia, gear, nasa, rover, space
All products recommended by Engadget are selected by our editorial team, independent of our parent company. Some of our stories include affiliate links. If you buy something through one of these links, we may earn an affiliate commission.