Qualcomm is expecting two waves of 5G flagship smartphones in 2019

Some in the first half of the year, and others before the holidays.

If you've been wondering when to expect the first 5G smartphone on the market, there's now a somewhat official answer from none other than Qualcomm. Speaking at the 4G/5G Summit in Hong Kong, Qualcomm president Cristiano Amon said that based on what his company has visibility to, they are expecting "at least two waves of major flagships" with 5G radio next year, with the first lot arriving some time within the first half of the year, and the rest in the holiday season.

This should come as no surprise given how the likes of Oppo, Vivo and Xiaomi have been teasing their own 5G handset tests, though it's still unclear whether any of them will actually launch a 5G device next year, let alone a flagship one. Motorola is even playing safer by stuffing Qualcomm's Snapdragon X50 5G modem into a Moto Mod, but hey, at least all Mod-compatible phones will have the option to upgrade when this comes out early next year. 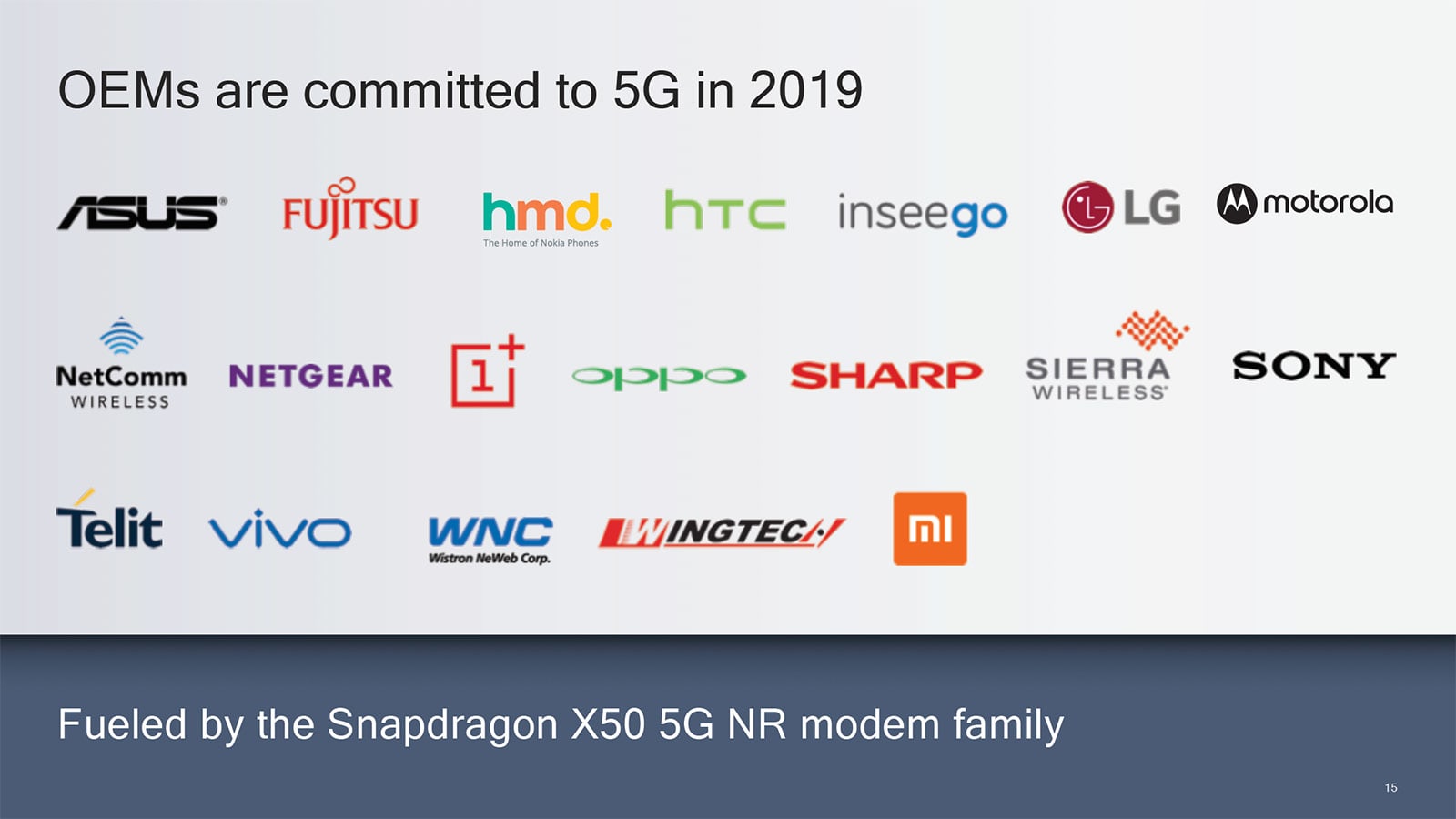 Meanwhile, there are also some missing names on Qualcomm's list of OEM buddies, namely Apple (but we saw that coming), Samsung and Huawei. Rumor has it that Huawei is also targeting 2019 for its foldable 5G smartphone, whereas Samsung -- consider it a frenemy, if you will -- is already pushing ahead with its very own 5G modem also due to launch next year.

As for Qualcomm, today it also announced a smaller version of its QTM052 mmWave antenna module, which will be crucial to enabling 5G connectivity on conventional smartphone form factors. Compared to the version launched back in July, this one is apparently 25 percent more compact and is expected to end up in 5G devices for 2019.

Qualcomm also announced that with help from Ericsson, it has recently made a successful over-the-air call from a smartphone form factor test device -- powered by a Snapdragon X50 -- over sub-6 GHz bands using 3GPP Rel-15 spec compliant 5G NR. This 3.5GHz band test follows last month's mmWave test calls in the 28 and 39GHz spectrum bands, all of which are considered as milestones for prepping the launch of 5G networks.

What remains to be seen is how well will the Snapdragon X50 modem fare in real life -- Amon claims that it will enable "all-day" battery, but as history has taught us, we'll believe it when we see it.

All products recommended by Engadget are selected by our editorial team, independent of our parent company. Some of our stories include affiliate links. If you buy something through one of these links, we may earn an affiliate commission. All prices are correct at the time of publishing.
Qualcomm is expecting two waves of 5G flagship smartphones in 2019
4g5gsummit
5g
cristianoamon
gear
mobile
QTM052
qualcomm
snapdragonx50
x50