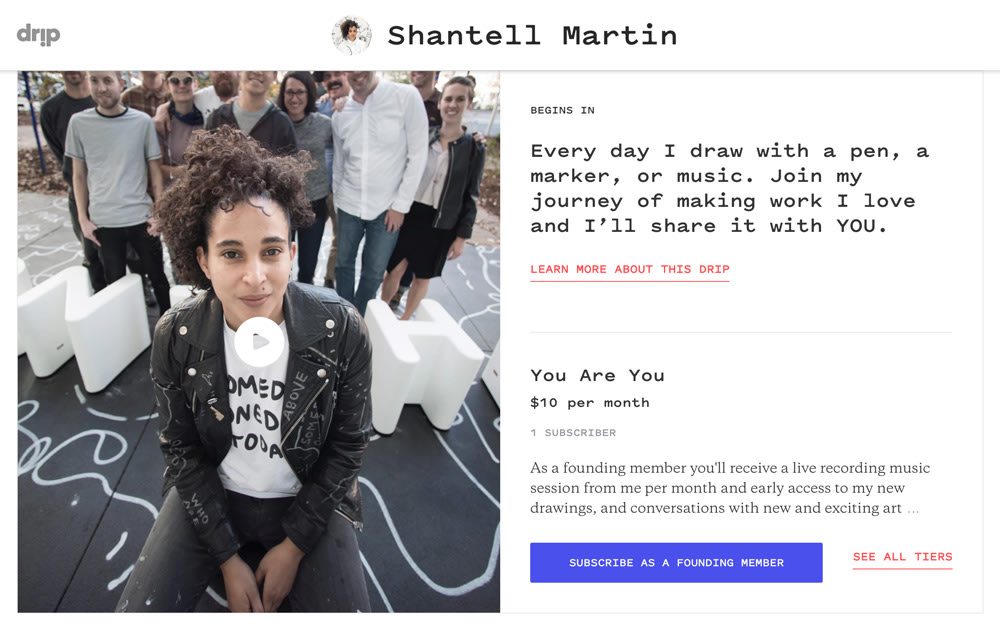 Drip, Kickstarter's subscriber-based crowdfunding platform designed to compete with Patreon, is shutting down in its current form after launching just one year earlier. It will continue operating for a year before it is transformed into an entirely new project headed up by the team behind XOXO, a festival for independent artists and creators.

Details of Drip's future formation are still sparse. What is known: XOXO Fest creators Andy Baio and Andy McMillan will lead the effort and Kickstarter will fall back into a supporting role and is contributing the seed funding for it.

In a statement, Kickstarter said the new Drip will "help independent artists and creators get discovered, find a community to support their work, and build a long-term, sustainable career." Like Kickstarter itself, the new version of Drip will be a public benefit corporation (PBC) -- a formation similar to a non-profit organization, but with shareholders who own the company. Baio and McMillan are imagining a more social, "community-driven" service that will work for creators just trying to get their work out there and those trying to raise funds. It'll first open only to invited creators with the goal of eventually being available for everyone.

Whatever form Drip takes, it will be the third iteration of the platform, which started out as a community for independent musicians. It was gobbled up by Kickstarter in 2016 and re-launched as a Patreon-style subscription platform that allows people to provide ongoing funding for independent creators. Kickstarter kept Drip small, hosting just 100 creators who were invited to use the service. They'll be moved over to the new iteration of Drip once it is ready to launch, but can remain on Drip in its current iteration for the next year.

In this article: art, business, crowdfund, CrowdFunding, drip, gear, internet, kickstarter, kickstarterdrip, patreon, services, subscriptions, SubscriptionService, xoxo, xoxofest
All products recommended by Engadget are selected by our editorial team, independent of our parent company. Some of our stories include affiliate links. If you buy something through one of these links, we may earn an affiliate commission.