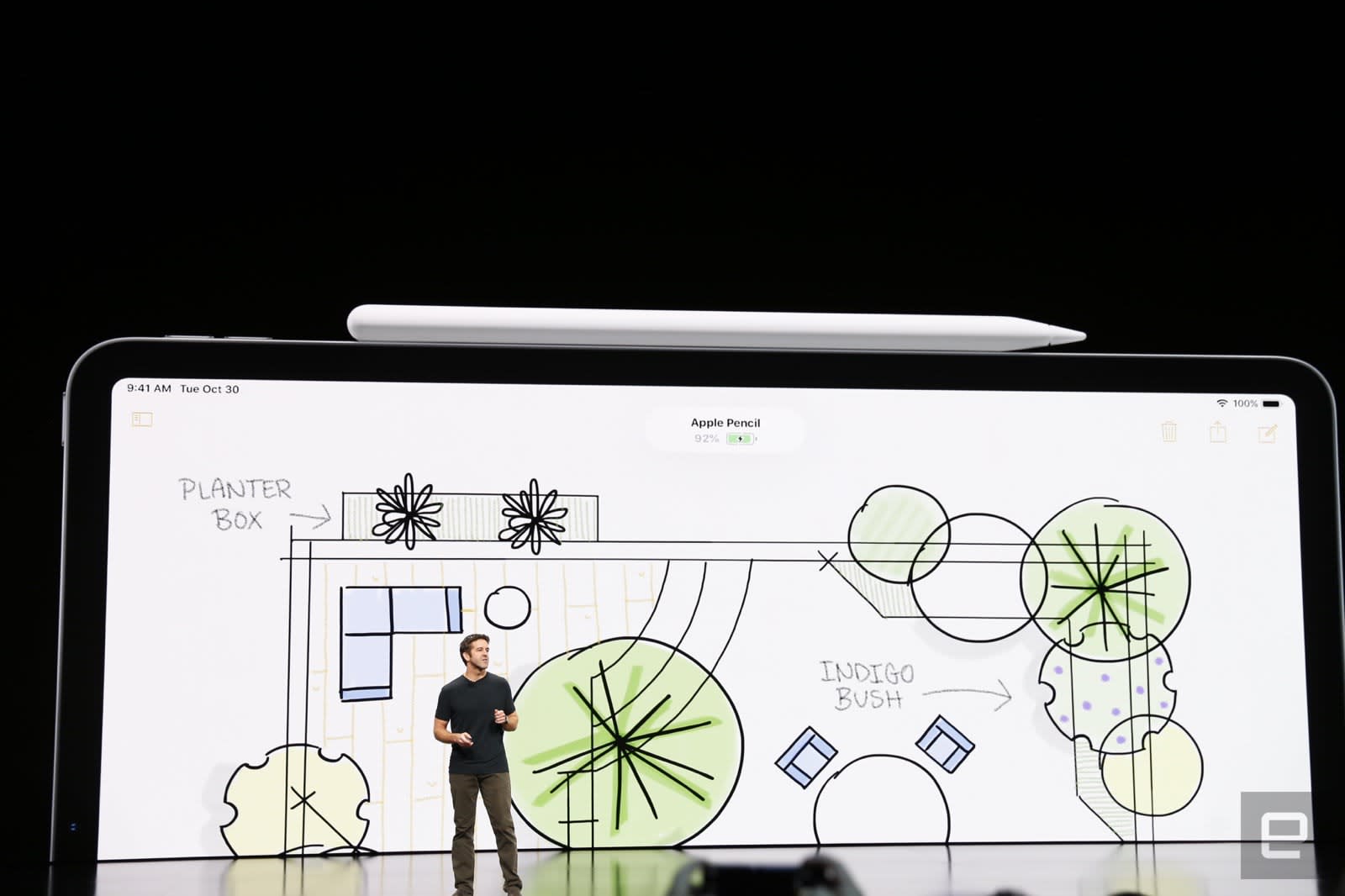 At its Mac event on Tuesday, Apple revealed a redesigned Pencil. It attaches magnetically to the iPad Pro and can charge wirelessly, which is far better (at least aesthetically) than the old method of inserting it into the iPad's Lightning port. Tapping the screen with Pencil unlocks the iPad and launches the Notes app. Double tapping while you're in certain apps lets you switch to the tool or brush you need.

You can pair it with your iPad by simply moving it close to the tablet. Rumors had suggested that Apple would unveil an updated Pencil to accompany the new iPad Pro and that it would include AirPod-style proximity pairing.

Apple released the first Pencil in 2015 alongside the iPad Pro. The entry-level iPad that the company launched earlier this year included support for the tool, meaning that all the most recent models work with the peripheral.

In this article: apple, applepencil, gadgetry, gadgets, gear, ipad, macevent2018, pencil, peripheral, peripherals
All products recommended by Engadget are selected by our editorial team, independent of our parent company. Some of our stories include affiliate links. If you buy something through one of these links, we may earn an affiliate commission.