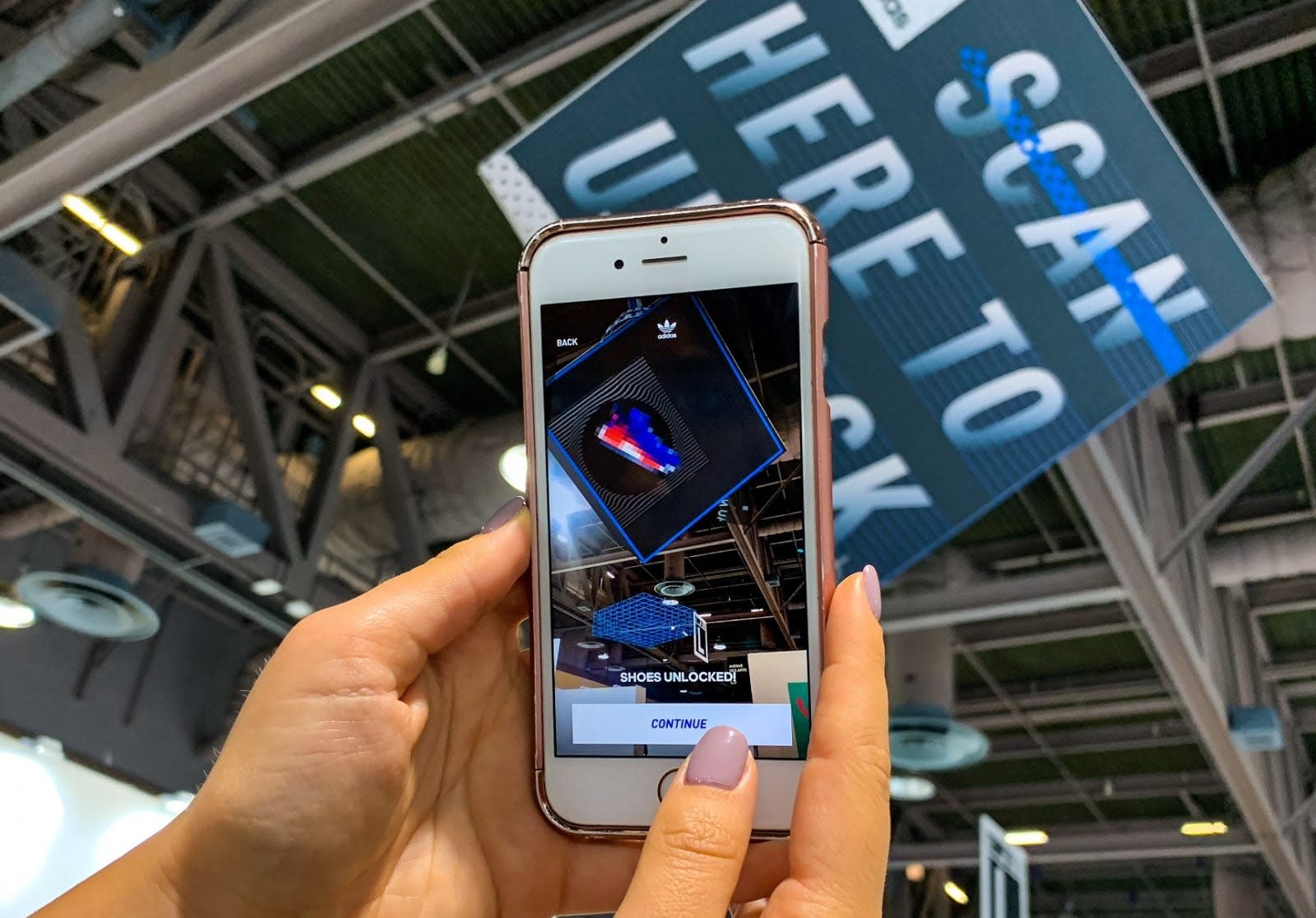 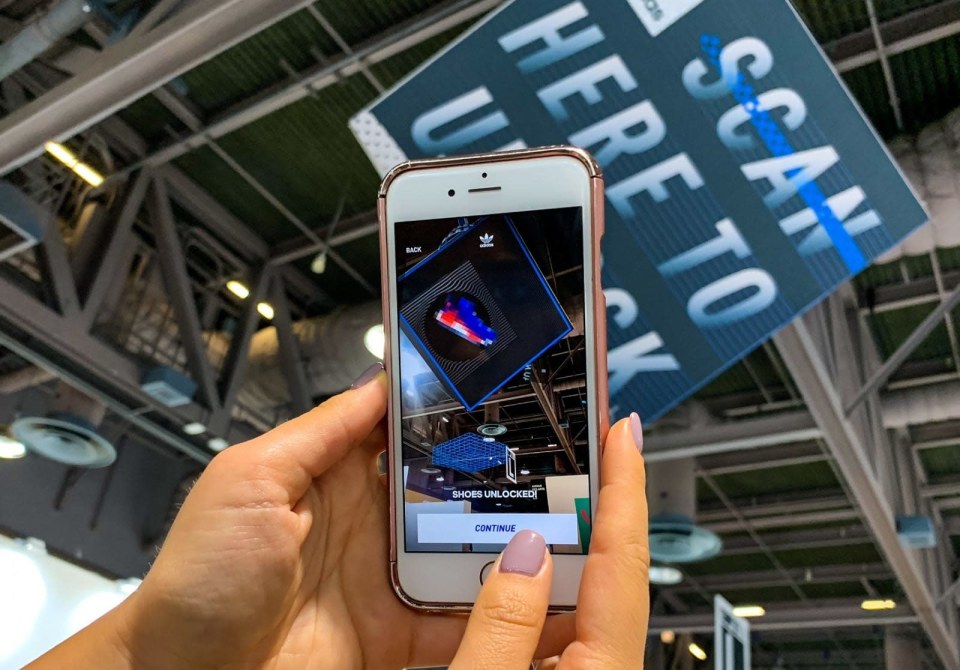 It's never been easy to buy limited-edition sneakers, especially for consumers who may not have the same resources as a reseller. This can be anything from automated scripts (aka bots), to an army of people waiting in line outside a store ready to take all the stock. That's why brands such as Nike and Adidas are using technology to try to even the playing field for everyone, be it through random launches on an app or by using experiences based around emerging mediums like augmented reality. On November 3rd and 4th, at ComplexCon in Long Beach, California, Adidas Originals will debut a new AR feature that's going to let attendees buy some of the hottest shoes of the year -- including its Dragon Ball Z collaboration.

Those who happen to be at the event will need to download the ComplexCon app, which works for iOS and Android, and enable push notifications. Once doors open and Adidas is ready to start selling the hyped kicks, the application will send information on where to go to "Unlock the Drop," which is going to be at various beacons that have been setup inside the venue.

After users make their way to one of these locations, they can point their smartphone at the AR-powered signs (as pictured above) and then follow instructions to pick a size and complete the checkout process. The last step will be for people to go to a designated locker at ComplexCon and, voila, pick up whatever model they bought -- all, from the very first step, without having to interact with any Adidas Originals staff.

While Adidas says it is "reinventing" the shoe drop with this ComplexCon experience, Nike has actually been experimenting with augmented reality to sell highly coveted sneakers since 2017, when it launched the SB Dunk High Pro "Momofuku" via its SNKRS app. Adidas itself has tested AR features, though that was simply for marketing purposes. Now that Adidas is actually using the tech to sell its shoes, it's yet another example of how sportswear brands are serious about the potential of augmented reality as a tool to combat bots.

"A transaction that would have taken over two hours in the past is now served within minutes of the AR release," Chris Murphy, Adidas North America's senior director of digital activation, told Engadget. "At events like ComplexCon you have a very diverse mix of attendees that go from resellers, collectors to fashion enthusiasts and culture makers... and everyone gets a fair chance at the same release."

He said Adidas has been looking heavily into augmented reality for the past couple of years, and that what we're going to see at ComplexCon is only a small taste of what the company has planned for the near future. "Before the end of the year," Murphy added, "we aim to provide more access to our most desired product through the digital lens." For now, Adidas will be hoping that its Unlock the Drop AR feature is at least going to keep people from fighting for pairs, considering how last year's ComplexCon turned out to be quite chaotic. 10
In this article: adidas, adidasoriginals, ar, augmentedreality, business, complex, complexcon, entertainment, footwear, gadgetry, gadgets, gear, hypebeast, hypebeasts, interview, nike, nikesnkrs, shoes, sneakers, snkrs, wearables
All products recommended by Engadget are selected by our editorial team, independent of our parent company. Some of our stories include affiliate links. If you buy something through one of these links, we may earn an affiliate commission.