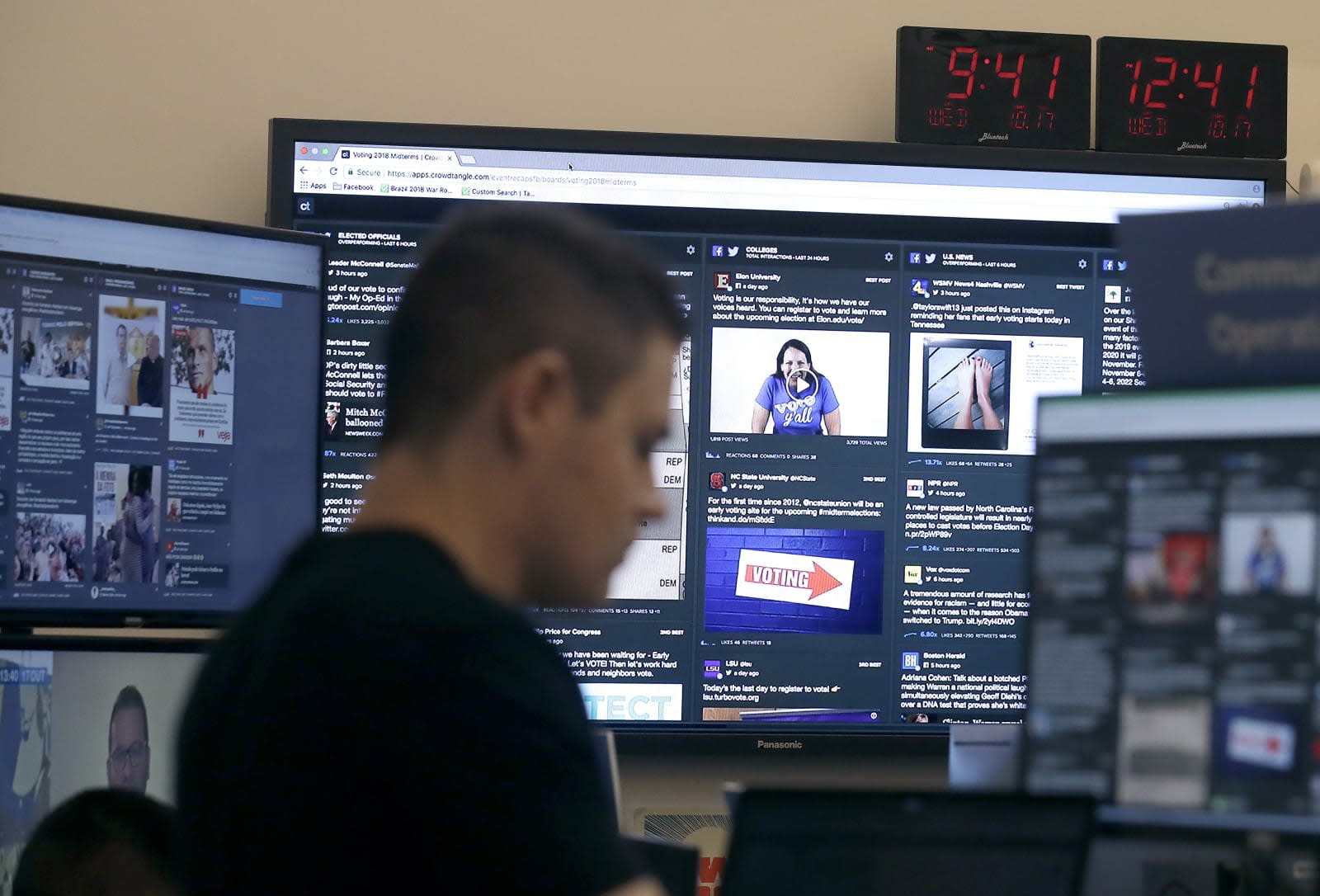 In (possibly) the last update from a long string of reports leading up to the 2018 midterm elections, Facebook sent out an alert that it has disabled 115 accounts (30 on Facebook and 85 on Instagram) that "may be engaged in coordinated inauthentic behavior." The social network said its investigation is "very early-stage" and that it acted on the accounts based on a tip from US law enforcement, which believes the accounts may be linked to foreign entities.

There's very little detail about the accounts, other than that the Facebook pages were mostly in French and Russian, while the Instagram account were in English, focusing on celebrities or politics. After the 2016 campaign, and revelations around Cambridge Analytica, there's been intense focus on the role of social media in possibly altering the outcomes of elections through the use of targeted messaging and/or propaganda from fake accounts. With accounts still being uncovered at this late date, and ads getting pulled after thousands of views" it's impossible to know right now how much, or even if, inauthentic messaging will impact tomorrow's results.

In this article: entertainment, facebook, politics, services
All products recommended by Engadget are selected by our editorial team, independent of our parent company. Some of our stories include affiliate links. If you buy something through one of these links, we may earn an affiliate commission.