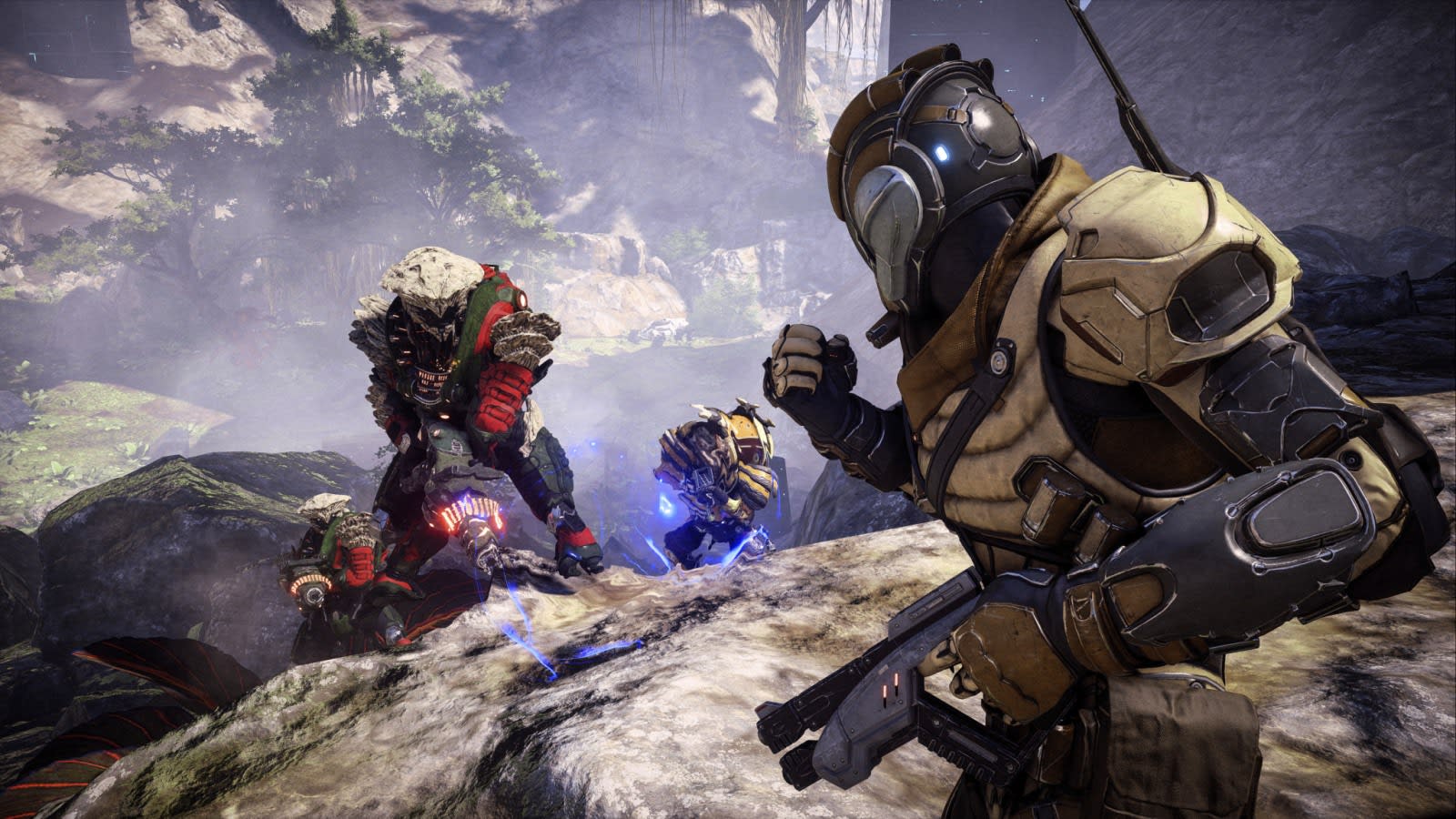 After a launch troubled enough that it caused Bioware to rethink how it makes games, there's some new news for Mass Effect: Andromeda. No, it's not a single-player story addition addressing the fate of the Quarians, but for this year's N7 day (a reference to the military rank held by the player's in-game character) a 1.68GB patch on Xbox One has arrived. It adds support for higher resolution and HDR on the Xbox One X for anyone ready to try playing through again, or for the first time.

Clearly Bioware and EA are reminding fans that the franchise isn't gone for good, and have a "What does N7 mean to you?" campaign going on social media, plus new merch from a partnership with J!NX. Even as the developer prepares to launch its multiplayer-focused game Anthem, general manager Casey Hudson recently wrote that teams are working on "secret stuff" for fans of ME and Dragon Age. Has enough time passed to wash the taste of a glitch-ridden and uneven release from gamer's mouths and get them ready to try again? We'll see.

Mass Effect: Andromeda is now enhanced for @Xbox One X, available as a patch via Xbox Live.#N7Day pic.twitter.com/APy4VvbX0j

In this article: 4k, Bioware, business, CaseyHudson, DragonAge, EA, gaming, hdr, masseffect, masseffectandromeda, N7day, patch, xboxonex
All products recommended by Engadget are selected by our editorial team, independent of our parent company. Some of our stories include affiliate links. If you buy something through one of these links, we may earn an affiliate commission.