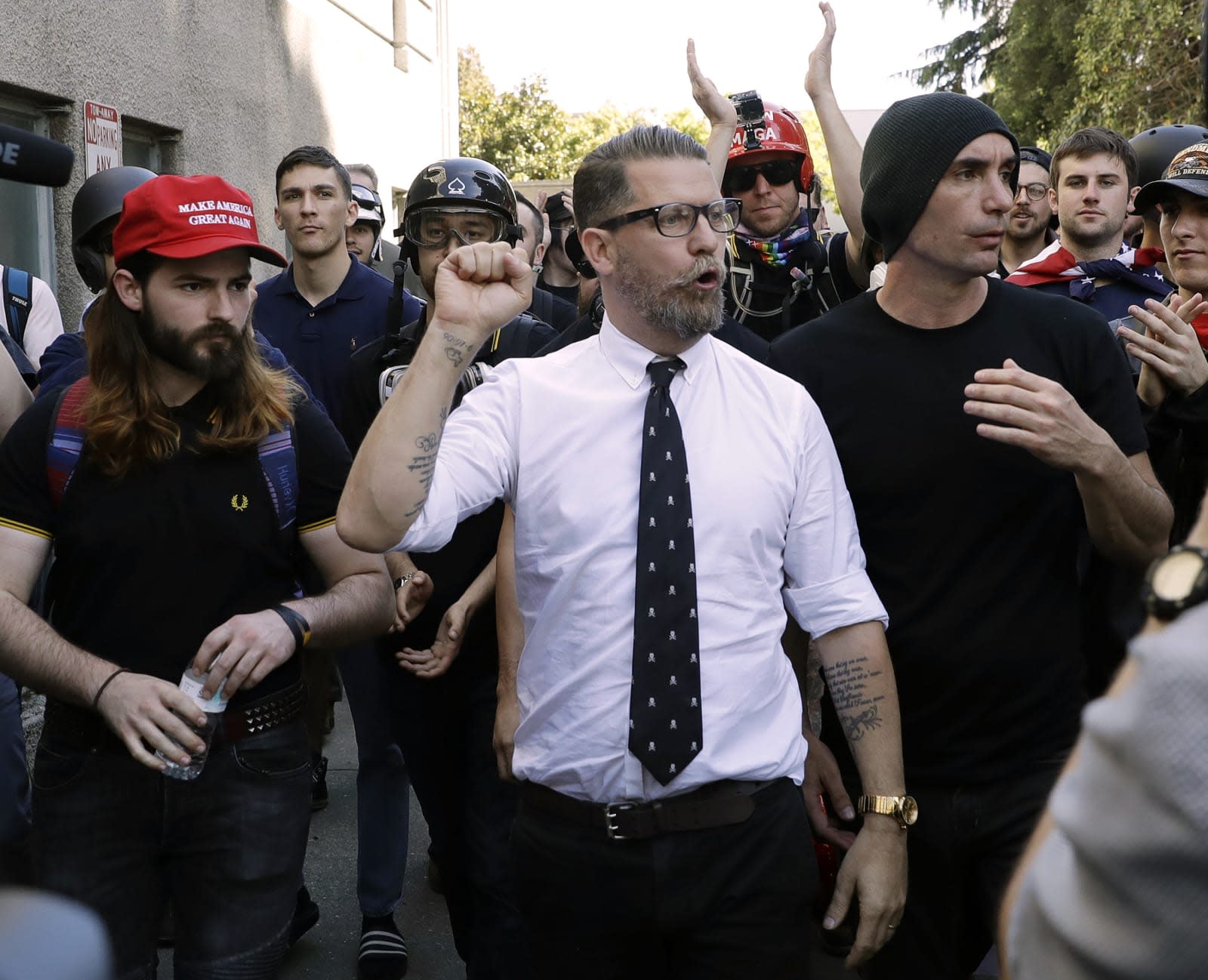 The far-right group Proud Boys has been hit with bans from Twitter and Facebook and now it will no longer be allowed to operate on PayPal. The Verge reports that PayPal will be cancelling both the Proud Boys account as well as that of its founder Gavin McInnes. At the same time, it's also continuing to take down accounts belonging to a number of anti-fascist groups, including Atlanta Antifa, Antifa Sacramento and the Anti-Fascist Network.

"Striking the necessary balance between upholding free expression and open dialogue and protecting principles of tolerance, diversity and respect for all people is a challenge that many companies are grappling with today," a PayPal spokesperson told The Verge. "We work hard to achieve the right balance and to ensure that our decisions are values-driven and not political. We carefully review accounts and take action as appropriate. We do not allow PayPal services to be used to promote hate, violence or other forms of intolerance that is discriminatory."

Twitter banned Proud Boys earlier this year for violating its rules against "violent extremist groups" while Facebook removed associated accounts after finding the group qualified as a hate organization. For its part, PayPal banned the far-right conspiracy site InfoWars in September and the social network Gab last month.

If this is correct, Paypal is making a ridiculous false equivalence. This is where liberal "both sides" discourse leads. https://t.co/qg49QyNFmZ

Proud Boys, an ultranationalist group, has often promoted or aligned itself with violence, participating in last year's deadly Charlottesville rally and engaging in a fight with anti-fascists in New York City last month. One of the Antifa groups banned by PayPal spoke out on Twitter today about the move. Atlanta Antifa also told The Daily Beast that its "track record has been one of monitoring and protesting the far-right" and that the Proud Boys "engage in indiscriminate beat-downs" against anyone they perceive to be an enemy. A lawyer for Proud Boys told The Daily Beast that the group was considering legal action against PayPal.

In this article: antifa, GavinMcInnes, gear, HateSpeech, internet, paypal, politics, proudboys, services, violence
All products recommended by Engadget are selected by our editorial team, independent of our parent company. Some of our stories include affiliate links. If you buy something through one of these links, we may earn an affiliate commission.
Share
Tweet
Share