Xiaomi's UK launch is an important step in going global

In some parts of the world, Xiaomi is a household name. And in others, it's almost unknown, discussed only in whispers amongst tech journalists and enthusiasts. The Chinese company launched its first smartphone seven years ago, and since then it's grown into a sprawling electronics leviathan. It established itself in many countries during this time, but steered mostly clear of others. This week, however, Xiaomi formally set up shop in the UK. And by doing so, it took its next serious step towards the ultimate goal of world domination.

As Xiaomi highlighted at its UK press conference, in less than a decade it's grown from being an obscure startup to a company with yearly revenues of $15 billion. The success story isn't particularly unique, though. Like Huawei, Vivo and Oppo, Xiaomi has ridden the wave that is the biggest smartphone market in the world: China. In a place where iPhones and Samsungs are prohibitively expensive for the majority of the population, local companies cashed in on the underserved millions. Cheap Android devices that were better than their prices would suggest skyrocketed these brands to mainstream status in double-quick time.

China remains the largest smartphone market in the world, but it was only a matter of time before a saturation point was reached; device shipments eventually shrunk in 2017 following nine years of consistent growth. Naturally, Xiaomi outgrew its homeland and began expanding to other territories, starting with Singapore in 2014. Soon after, it set its sight on India, and now the company dominates the second biggest smartphone market as the category leader. As it stands, Xiaomi is the fourth largest smartphone manufacturer in the world behind Samsung, Huawei and Apple. 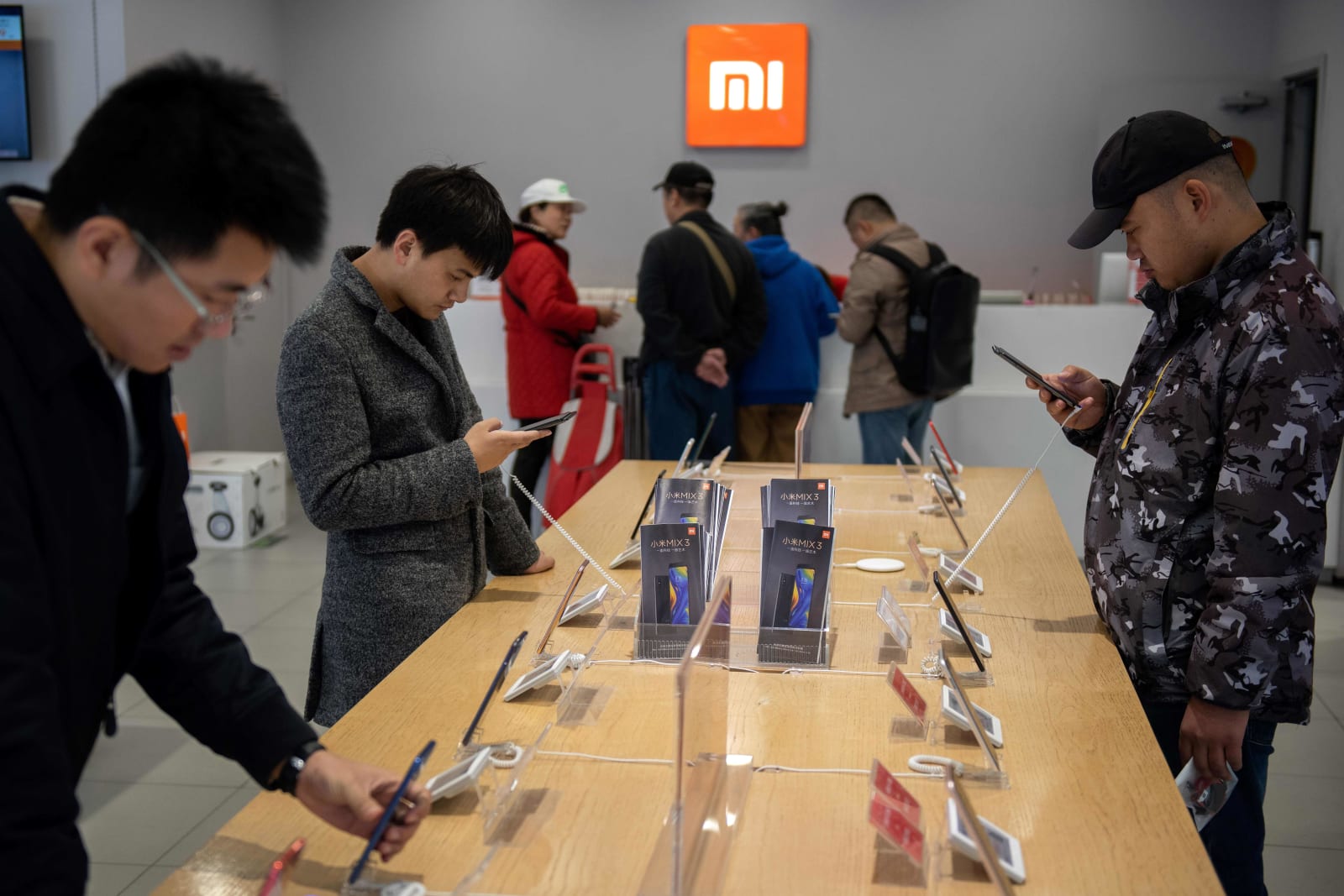 Xiaomi didn't just grow its reach, though. It may have all started with smartphones, but Xiaomi is now a complete consumer electronics brand. Alongside accessories like headphones, speakers, powerbanks and cables, Xiaomi makes laptops, tablets, smartwatches and fitness trackers, TVs, drones, cameras and all manner of smart home products including kettles and rice cookers. Even toys, clothing, luggage and homeware. Xiaomi also has a serious stake in Ninebot, owner of the Segway brand and maker of quirky transportation devices. It has its fingers in all the pies, in other words.

But smartphones are still core to its business, and Xiaomi now sells them across Asia and in several more developing markets worldwide, such as Mexico. The game has changed since the China smartphone boom, too. Up until fairly recently, Chinese companies have often taken cues from what's working for established global players like Apple and Samsung, both in terms of handset design and feature set.

Now, though, the very same companies have picked up the experimental mantle. They're the ones introducing features like in-display fingerprint readers and reverse wireless charging, and developing slider phones that hide the selfie cameras to allow for true, full-screen displays. They're now making flagships that can compete on the world stage, and selling them at attractive prices even in markets where consumers are less price-sensitive. Xiaomi has even committed to making no more than 5 percent net profit on all hardware products. 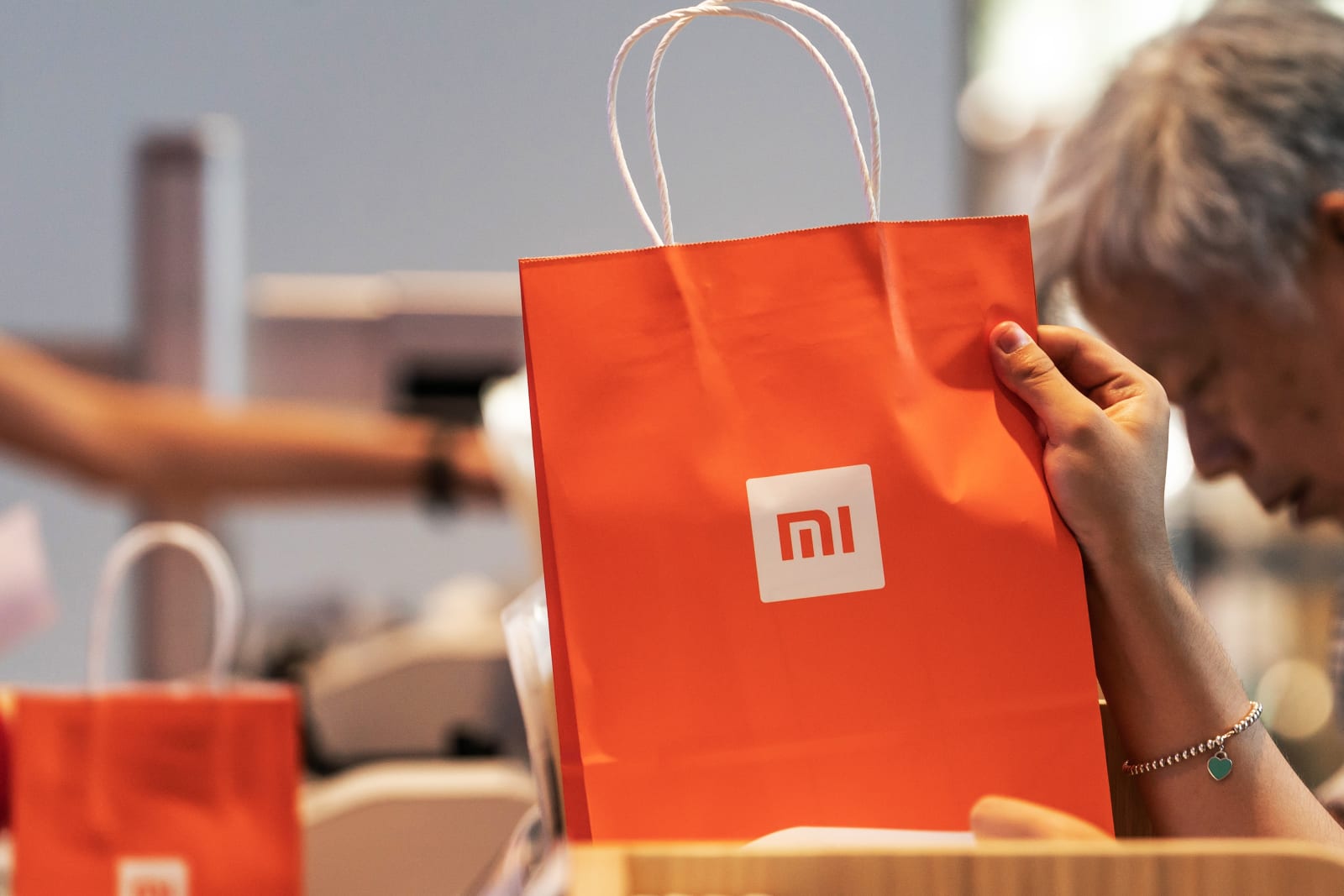 Expansion hasn't been without its speed bumps. In 2015, Xiaomi chose Brazil as its first international market outside of Asia. Less than a year later, it pulled out. At the beginning of 2017, Xiaomi CEO Lei Jun admitted that perhaps the company was moving too fast, favoring growth over stability. In late 2017, Xiaomi made its first in-roads into western Europe with a launch in Spain. It has a flagship store in Barcelona, and is already the number three smartphone brand in the country. More recently, Xiaomi's set up shop in Italy and France, and as of this week, the UK.

Unlike Spain, where the smartphone market is fragmented enough that new players have ample opportunities, the UK is a tough nut to crack. Survey stats suggest nearly half of all Brits carry iPhones, more than a third have a Samsung in their pocket and well, other companies are sharing the scraps. Even Huawei, which has been chipping away at the UK for years now, has a negligible market share despite its phones being available on contracts through several carriers.

Xiaomi has a carrier partner of its own in Three, no doubt expedited by the network's parent company, the Asian conglomerate CK Hutchison. It's not tip-toeing into the UK, either: From its flagship £499 Mi 8 Pro down to its £99 Redmi 6A, £400 electric scooter and £27 Band 3 fitness tracker, the company is launching dozens of products spread across its own online store and third-party retailers. The plan is to expand the range as soon as possible, Xiaomi's UK Sales Director Wilkin Lee told me, and reduce the lag time between launches in China and their UK debut. 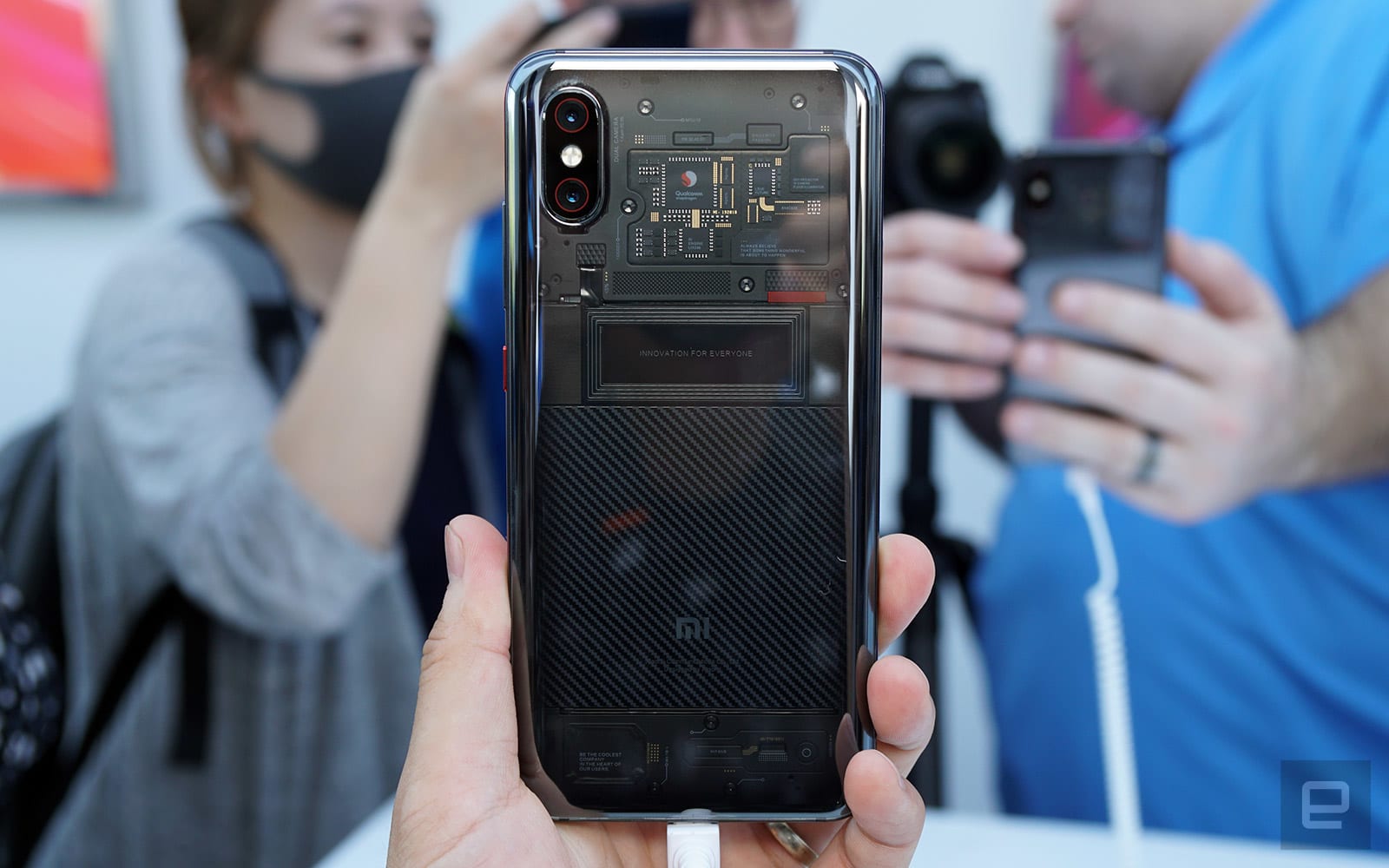 There are a bunch of introductory offers to build hype around the brand, and next week the first authorized Mi Store opens in the Westfield shopping center in London's Shepherd's Bush (where Apple also has an outlet), which'll help with exposure. Some reports have suggested the £1 smartphone flash sale that took place today was basically a ruse, which sounds like the worst possible way to build public trust. Xiaomi firmly denies the accusations, however, blaming extremely high demand on the immediate out-of-stock notice.

How Xiaomi will be received in the UK is an unknown, but the timing could be fortuitous. As smartphones from the dominant names have become more homogenized, eyes may well wander, whether that be because of Xiaomi's products themselves, or the prices attached to them. The company's flagship Mi 8 Pro, with dual cameras, big display with built-in fingerprint sensor, top-tier guts and a transparent (sort of) finish is selling for £499 here. That's the same price as the similarly specced OnePlus 6T, and roughly £150 below the likes of the iPhone XR, Pixel 3 and Galaxy S9.

Either way, the bigger picture here is symbolic. Xiaomi has flourished in, and in some cases devoured developing markets. Now it's all about breaking into territories where competition takes a slightly different form; where brand-building is arguably more important than aggressive pricing. In western Europe, that started with Spain, and peaks with the UK. 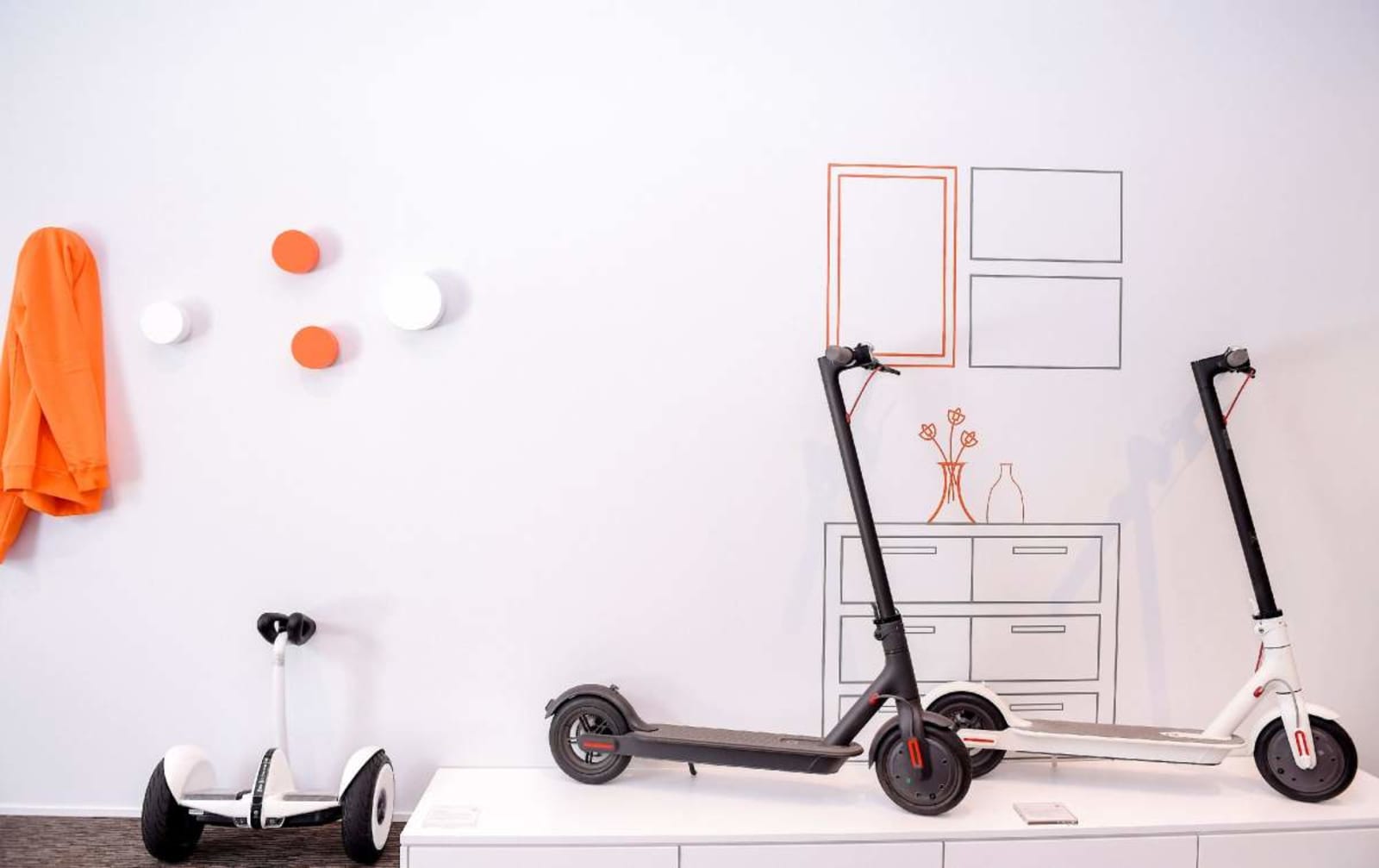 "Europe is a key priority for us in our global expansion and the UK plays a pivotal role in this journey," sales director Lee told me. "Even now we've launched in the UK, we believe we still have a lot to learn from our consumers and business partners."

"Spain provided a test bed to understand better the Western European market," he continued. "Each market is unique and we see the UK as a key foundation in the region." The next stop for Xiaomi is, of course, North America. On December 8th, the company is holding a press conference in New York, but I'm told it won't be anything formal. Xiaomi already sells its electric scooter, home security and action cameras, a media player and a few other products in the region. Next month's event will be about introducing attendees to some of its other wares, but from what I've heard, it won't mark an official entry into the smartphone space.

The US presents a unique challenge in that regard. The government has basically blacklisted Huawei from the country, and local carriers aren't interested in selling the company's devices. In a place where Chinese firms are treated with inherent suspicion, Xiaomi may fare no better.