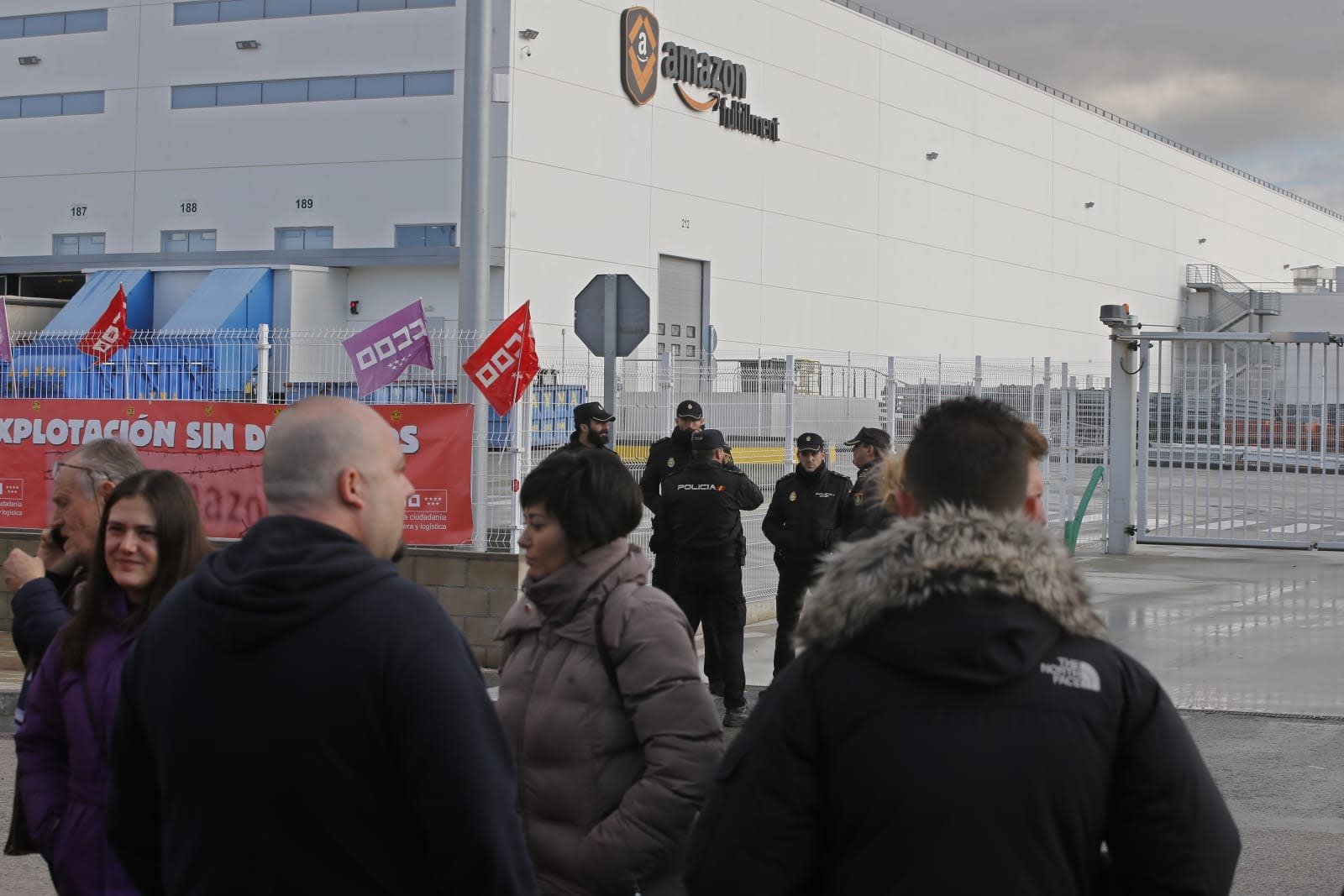 Amazon workers across Europe took part in walkouts on Black Friday to protest what they say are unfair work conditions. Following similar demonstrations on Prime Day in July, employees in Spain, Italy, Germany and the UK went on strike over pay and safety. However, Amazon told the Guardian that the walkouts didn't hamper its delivery efforts across the continent.

While Black Friday started as a post-Thanksgiving sales event in the US, it's grown in popularity in other countries. At a fulfillment center near Madrid, 90 percent of the 1,800 workers are holding a two-day strike to disrupt one of the company's biggest sales periods. As a result, Amazon diverted orders to its 22 other depots in the country.

#Solidarity ✊️ with #Amazon🤖 workers on strike in #Germany #Spain #Italy from your brothers and sisters who are members of @GMB_union ✊️ #AmazonWeAreNotRobots #GMBUnion4Amazon ✊️ pic.twitter.com/sDGR8yEgT8

GMB union members, meanwhile, held protests at five UK warehouses over safety conditions, citing "chronic pain" as a common complaint and noting ambulances were called to attend injuries at fulfillment centers 600 times over the three years to May. Amazon told Gizmodo UK in a statement all of its sites are "safe places to work." It cited data from the UK's Health and Safety Executive stating it "has over 40% fewer injuries on average than other transportation and warehousing companies in the UK."

Workers at two depots in Germany also went on strike. Employees there have fought for years for better pay, which the Verdi union says is lower than other mail-order and retail jobs. The company told the Associated Press its logistics center workers in Germany take home relatively high wages. Employees in that country and in Italy also protested on Black Friday last year.

Amazon has frequently faced criticism over reportedly poor working conditions, particularly at its fulfillment centers. Last month, it announced a minimum wage increase for US workers to $15/hour. However, many employees who already were earning that rate are reportedly only receiving a $1/hour bump, while many newcomers are seeing a larger increase in their pay packets.

In this article: amazon, blackfriday, blackfriday2018, business, fulfillmentcenters, gear, germany, italy, labor, protest, spain, strike, strikes, uk, walkout, workingconditions
All products recommended by Engadget are selected by our editorial team, independent of our parent company. Some of our stories include affiliate links. If you buy something through one of these links, we may earn an affiliate commission.