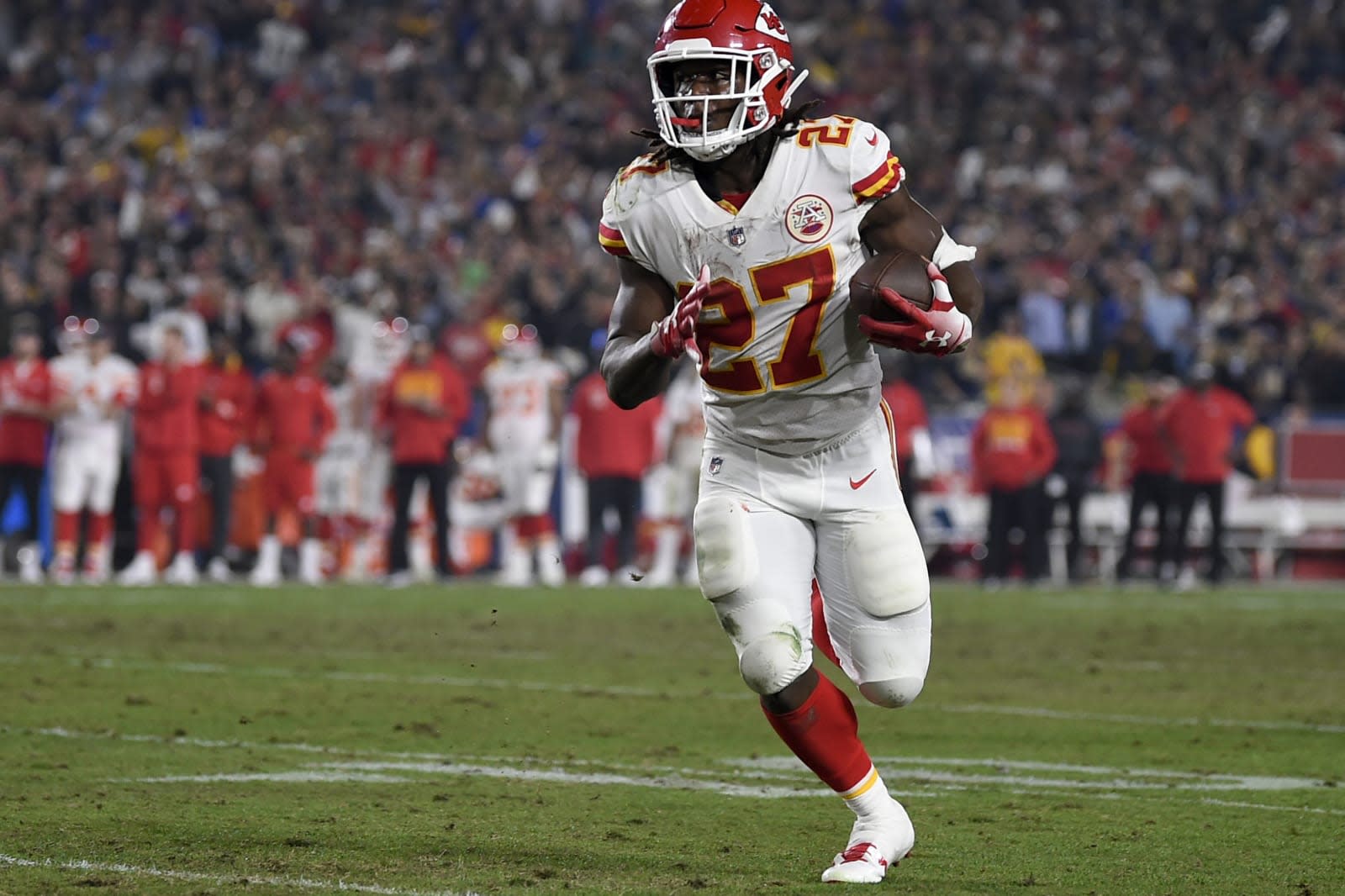 A football player's conduct is leading to consequences on both real and virtual football fields. EA is removing former Kansas City Chiefs running back Kareem Hunt from Madden 19 after TMZ showed a video of Hunt kicking and shoving a woman in a Cleveland hotel in February. He'd been dropped from the Chiefs on November 30th, the same day the video went public.

The developer told TMZ that anyone who has Hunt on their Madden Ultimate Team would receive a generic player in his place with "identical stats."

EA isn't a stranger to issues with players in some of its games. The company pulled Ravens running back Ray Rice in 2014 after his domestic violence came to light, for instance. It also faced a lawsuit over its use of real college football players, drew flak for censoring Colin Kaepernick's name in a Madden 19 song, and is 'monitoring' rape allegations against Cristiano Ronaldo that could affect FIFA titles. However, the speed of EA's response is relatively new -- it waited months to pull Rice from Madden NFL 15, but just days to make the same decision for Hunt. It won't be surprising if the company is similarly quick to act going forward, in part because the leagues themselves are becoming less tolerant of off-the-field violence.

Comments to this article are now closed due to numerous violations of our rules and guidelines.

In this article: abuse, av, ea, easports, games, gaming, kareemhunt, madden19, nfl, personal computing, personalcomputing, videogames, violence
All products recommended by Engadget are selected by our editorial team, independent of our parent company. Some of our stories include affiliate links. If you buy something through one of these links, we may earn an affiliate commission.
Share
Tweet
Share