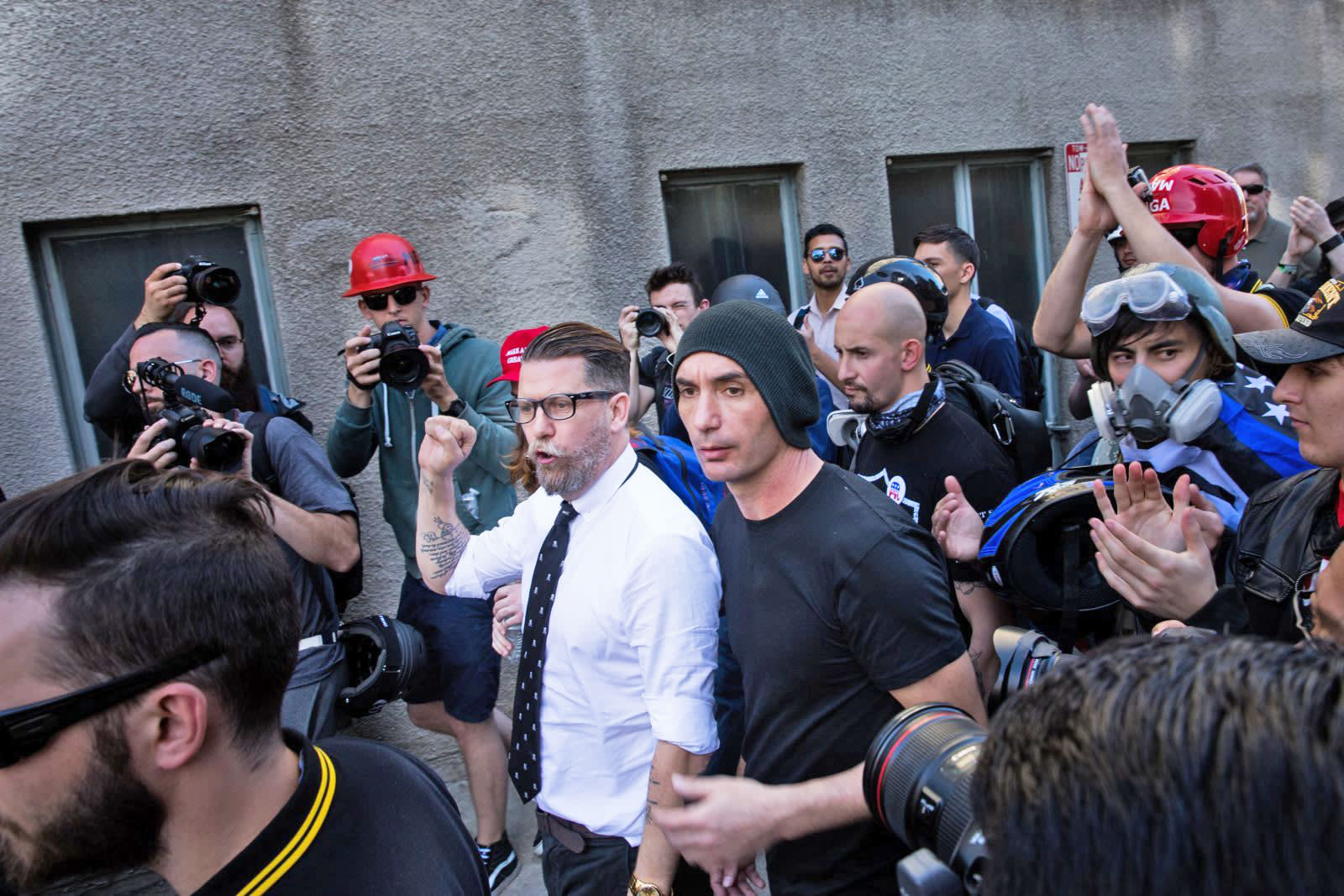 The Proud Boys have lost another online platform, though this time it's not for the far-right group's hate speech and support for violence. YouTube has terminated Proud Boys founder Gavin McInnes' account following "multiple third-party claims" of copyright violations. The company didn't name the specific violations in a statement to CNET, but it did say that it pulls the accounts of "repeat offenders."

Multiple internet giants have kicked out the Proud Boys in recent months. Twitter was one of the first, clamping down in August after a violent protest in Portland, Oregon earlier that month. Facebook followed in October after Proud Boys members attacked protesters in New York City, while PayPal kicked out the organization in November. YouTube was aiming at McInnes specifically, though, and was focused on where his content came from than the nature of the content itself.

McInnes and other far-right activists have tried to characterize internet service bans as attacks on free speech and have typically flocked to anything-goes social networks like Gab in response. However, these sites tend to be far smaller than the ones giving these groups the boot. Whether the Proud Boys like it or not, they're losing exposure -- and the sites kicking them out often have a firm legal standing.

In this article: copyright, gavinmcinnes, gear, google, hate, HateSpeech, internet, proudboys, racism, services, streaming, youtube
All products recommended by Engadget are selected by our editorial team, independent of our parent company. Some of our stories include affiliate links. If you buy something through one of these links, we may earn an affiliate commission.
Share
Tweet
Share