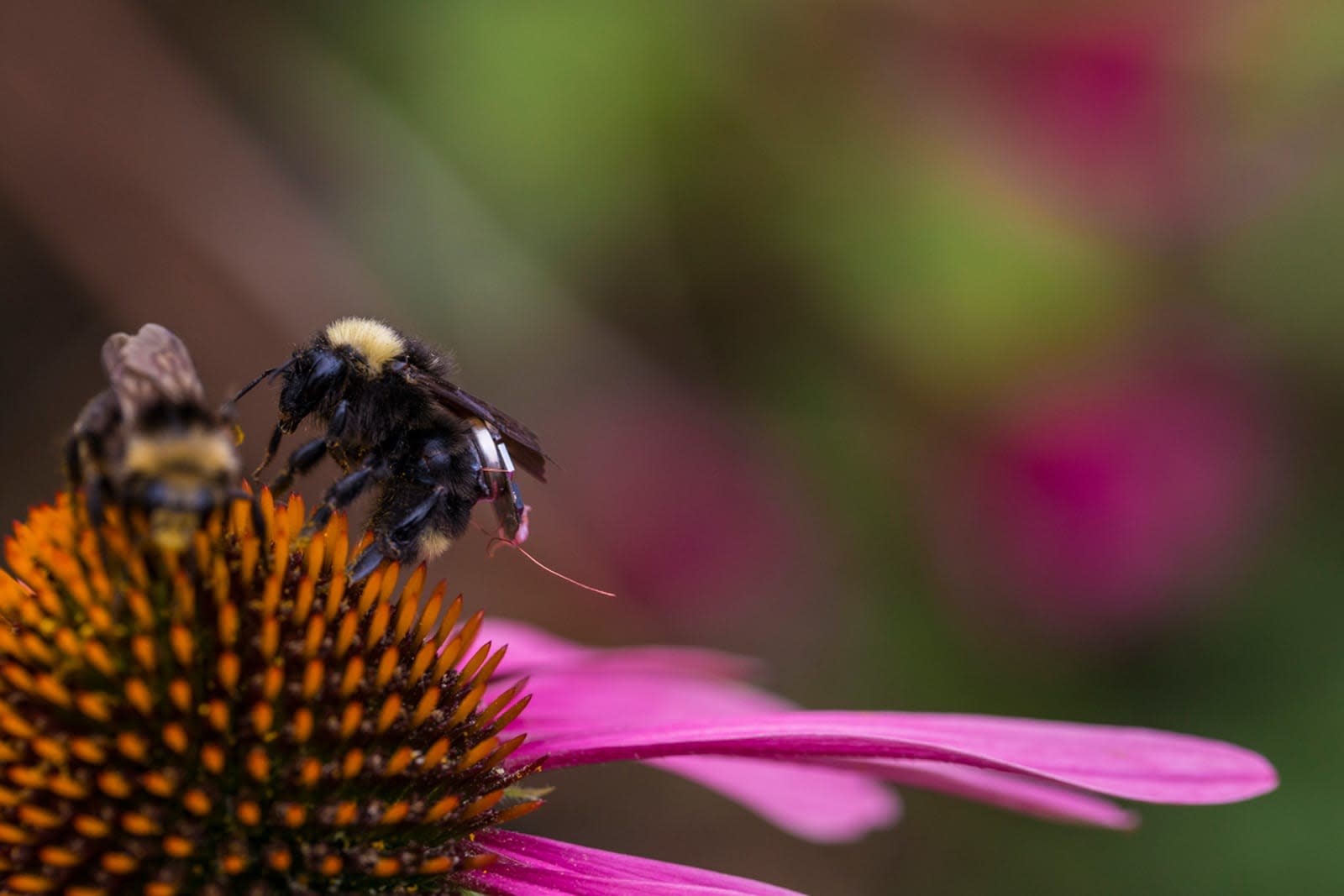 Farmers can use drones to monitor their fields, but they have their limits when they can rarely fly for more than 20 to 30 minutes at a time. University of Washington researchers might have a smarter way: recruit some insect friends. They've developed sensor backpacks that are light enough (about 0.0035 ounces) and efficient enough to ride on a bumblebee, but capable enough to collect data for seven hours at a time over relatively long distances. You wouldn't have to replace packs very often, either, as they could just fly into their hives to wirelessly recharge and transmit data.

The trick was to find a way to track the bees' locations without using power-hungry GPS. Instead, they set up multiple broadcasting antennas and had the bee's pack triangulate positions based on signal strength and the angle difference. The insects would send their data using backscatter, or reflecting radio waves from nearby antennas.

The example backpacks can only store about 30Kb of data, limiting them to collecting basic info like humidity, light and temperature. And you can't control them like you would a drone. The scientists hope to craft more elaborate data gathering technology (including live data), however, and they could tell backpacks to only collect data when the bees fly into certain areas. Eventually, you could see farms where bees are continuously checking on crops, noticing things that high-flying drones can't -- and without the noise of their machine counterparts.

In this article: bee, bees, bumblebee, farming, food and drink, food-and-drink, foodanddrink, gadgetry, gadgets, gear, insect, iot, science, sensor, tomorrow, universityofwashington, video
All products recommended by Engadget are selected by our editorial team, independent of our parent company. Some of our stories include affiliate links. If you buy something through one of these links, we may earn an affiliate commission.