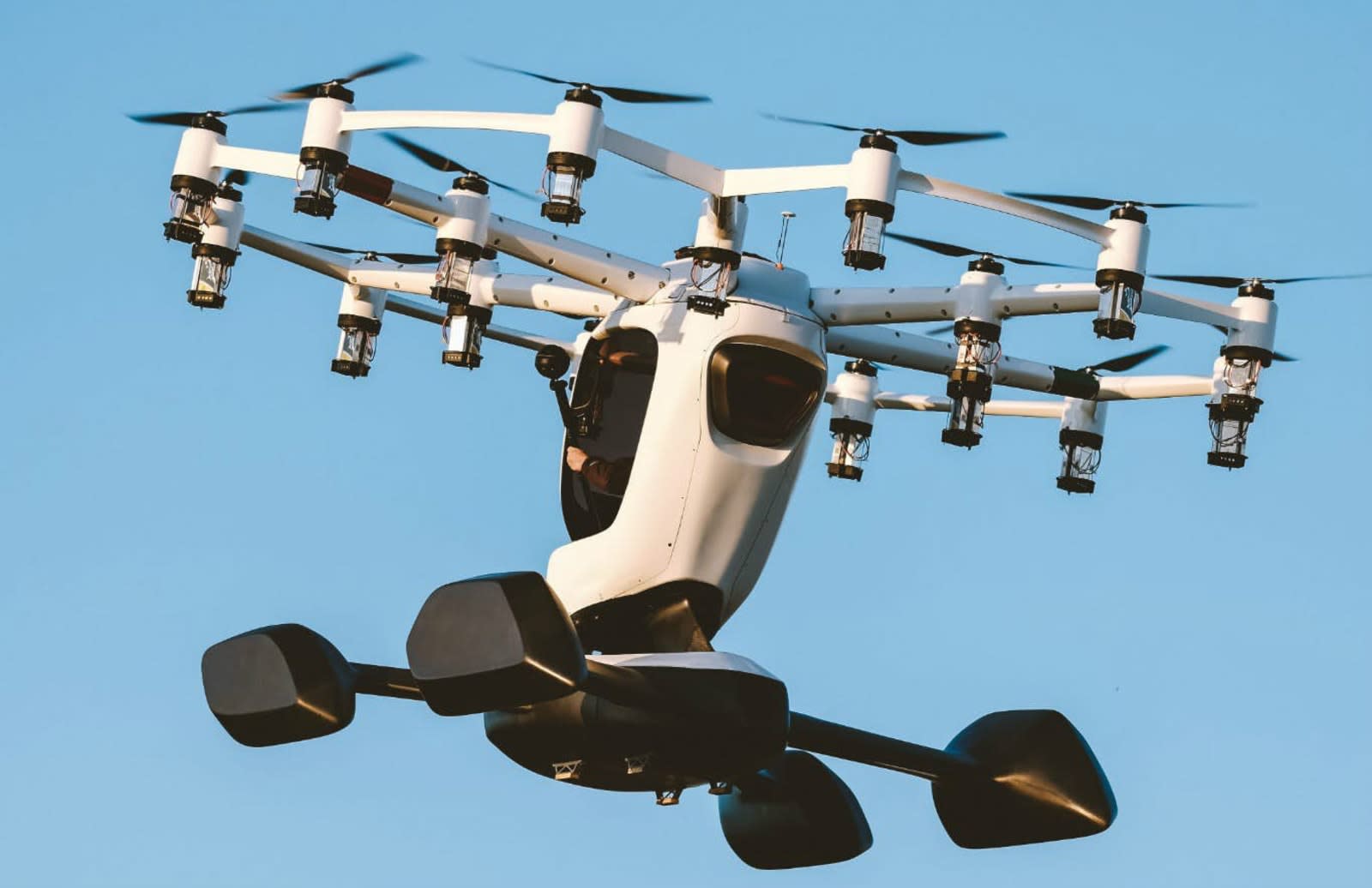 While the likes of Uber, Airbus and Porsche tinker away on their respective passenger and transportation drones, a lesser-known startup is taking an altogether different approach. Instead of getting mired in the logistics and regulatory frameworks of city-wide drone rides, Lift Aircraft wants you to use its 18-rotor "Hexa" aircraft for short recreational flights. The large drone -- which weighs 432 pounds and is capable of 10-15 minutes of continuous flight with a single passenger -- could be available to the public as early as next year.

Lift is promising flight experiences at hubs located in "scenic, uncongested areas" in 25 cities across the US. Because the Hexa doesn't count as a "real" aircraft (it's a "powered ultralight") it doesn't require a pilot's license. However, you also can't go past a few hundred feet of altitude or fly over populated areas.

Here's how it will work: if you decide to fork out around $150-$200 for the experience on a day out, you'll first have to complete a VR training simulator. Budding pilots must be over 18 years of age, up to 6 foot 5 inches in height and weigh under 250Ibs. You'll then be able to take to the skies for up to 15 minutes at a time, controlling the drone using a joystick and an iPad, while its onboard computer keeps it stable.

Additional safety measures include an operating system that ensures an automatic landing when the batteries -- one for each of its 18 rotors -- run low. The Hexa can also operate with up to six engines down, packs a parachute, and has pontoons in case of a water landing.

Though it's offering advanced flight reservations starting today, Lift has yet to pin down its first location. Talking to New Atlas, CEO Matt Chasen admitted that the communities around its hubs will "need to get used to having large drones flying around" that "aren't very loud, but...also not whisper-quiet, either." Still, he's confident that his company's lighter craft and focus on fun experiences over transportation gives it a headstart over other passenger drone-makers.

"Multi-seat eVTOL air taxis, especially those that are designed to transition to wing-borne flight, are probably 10 years away and will require new regulations and significant advances in battery technology to be practical and safe. We didn't want to wait for major technology or regulatory breakthroughs to start flying," said Chasen. "We'll be flying years before anyone else."

In this article: drone, gear, liftaircraft, PassengerDrone, transportation
All products recommended by Engadget are selected by our editorial team, independent of our parent company. Some of our stories include affiliate links. If you buy something through one of these links, we may earn an affiliate commission.