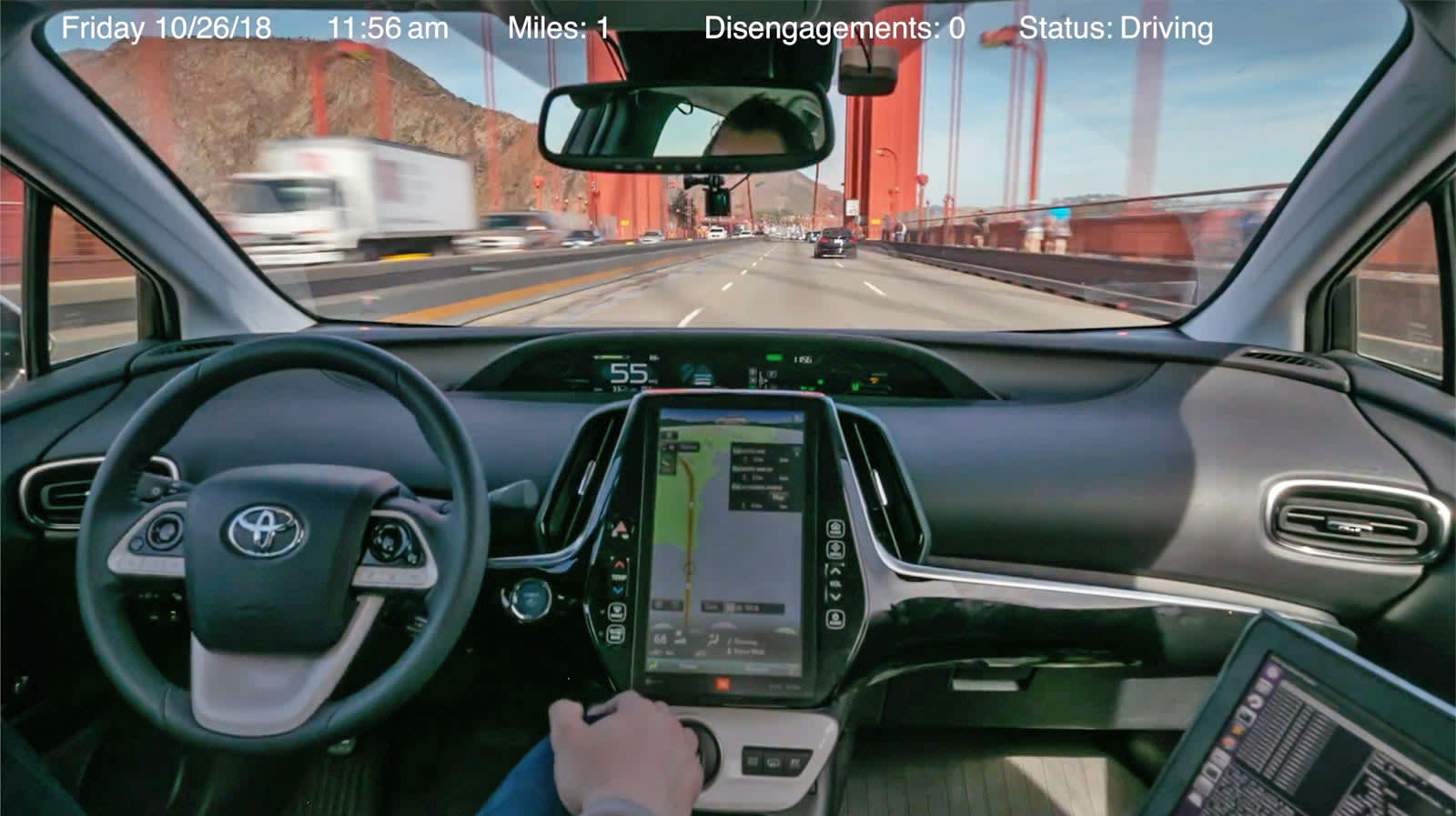 Remember how controversial former Uber engineer Anthony Levandowski had formed a secretive autonomous trucking startup? He's finally showing off his work... and he might have set a record in the process. Levandowski has launched his self-driving truck startup Pronto.AI by posting a video (below) that appears to show him traveling 3,099 miles from San Francisco to New York City in an AI-augmented Prius "without any human intervention" or pre-mapping, and only a small amount of training. The entrepreneur only had to take over when it was time to refill the car and rest up, according to his interview with The Guardian.

This isn't wholly representative of Pronto.AI's initial work. It's focusing on Copilot, a driver assistance system for trucks that offers the lane keeping, adaptive cruise control and collision prevention that you see in some newer cars. It's arriving in early 2019 as a $4,999 upgrade. "Many" of the capabilities you see here are part of Copilot, though, and Pronto.AI said this creates a "more scalable foundation" for Level 4 autonomous vehicles that can drive themselves in nearly every situation.

The video appears to hold up under scrutiny, albeit with caveats. It's a timelapse video (the full trip was over 50 hours) and difficult to verify. A test drive with The Guardian did involve one situation where Levandowski had to intervene, although he chalked that up to in-progress software. And it apparently took multiple attempts -- it failed once in September, and a Nevada police officer interrupted the second journey by pulling the car over for driving slightly below the speed limit. The team adjusted the AI to allow faster speeds in some areas for the final attempt.

If accurate, it's a major milestone for self-driving technology. Even Tesla, whose CEO has wanted coast-to-coast autonomous trips for years, has yet to achieve that kind of feat.

However, there's plenty of skepticism swirling around the claims based on Levandowski's history. While he maintains that he's been "painted into a villainous caricature," there's no escaping Waymo's allegations that he stole driverless car trade secrets before founding Otto -- they were strong enough that Uber was willing to settle. And despite his touting a solid safety record, Otto skirted Nevada rules to pitch its idea. It's entirely possible (if not likely) that this is legitimate, but Levandowski may have to spend a long time rebuilding his credibility before people accept assertions like this at face value.

In this article: AnthonyLevandowski, autonomous, gear, prius, pronto, pronto.ai, self-driving, Self-drivingCar, tomorrow, transportation, video
All products recommended by Engadget are selected by our editorial team, independent of our parent company. Some of our stories include affiliate links. If you buy something through one of these links, we may earn an affiliate commission.