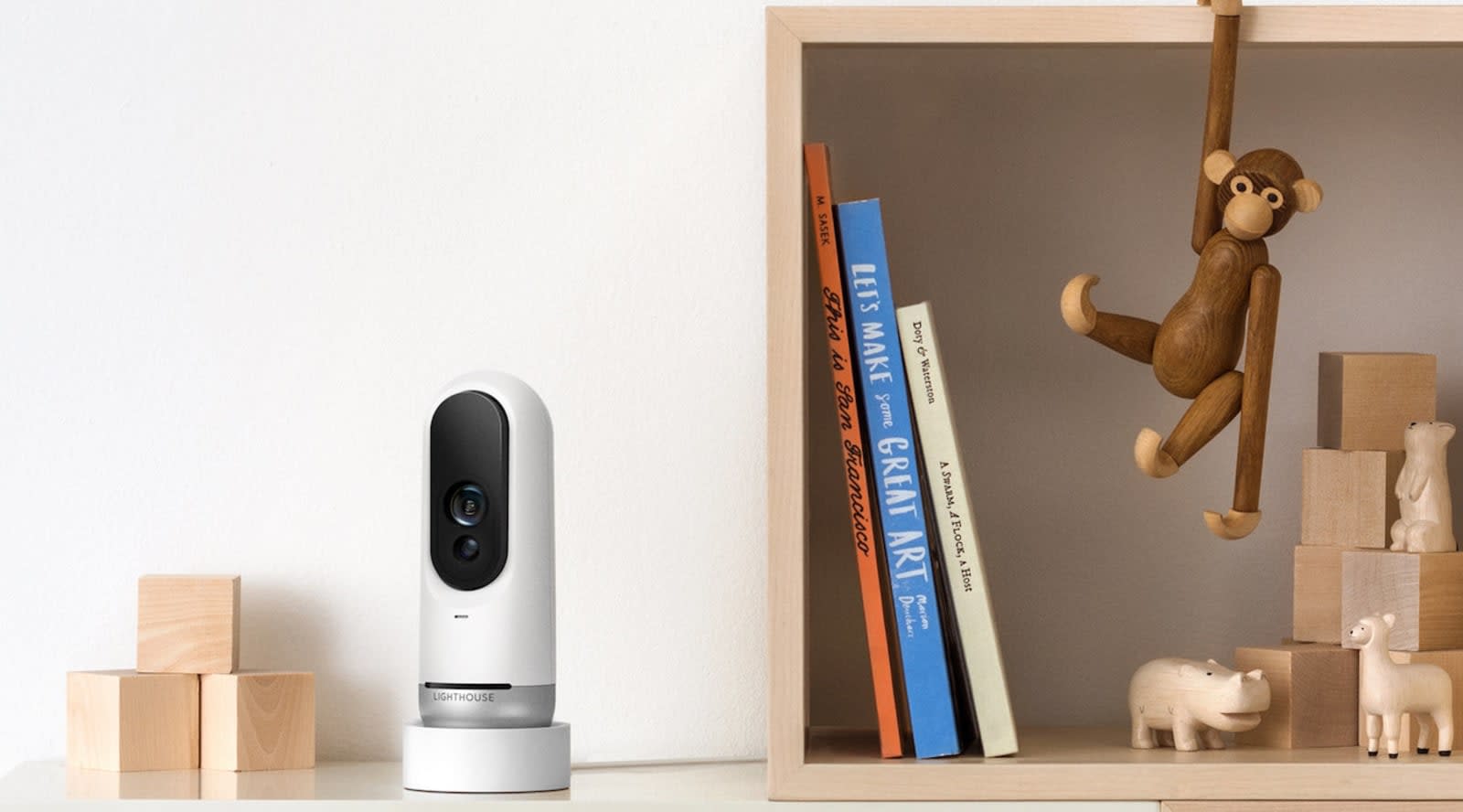 A new company called Lighthouse introduced an advanced security camera that can tell the difference between a person and a pet back in 2017. It was a promising, Andy Rubin-backed project that managed to raise around $20 million. Unfortunately, it sounds like not a lot of people were willing to pay $300 for a security cam, even if it's powered by advanced AI and 3D sensing, because the company is shutting down operations. CEO Alex Teichman announced the closure on its website, where he admitted that Lighthouse didn't make enough money to keep the company going.

"I am incredibly proud of the groundbreaking work the Lighthouse team accomplished -- delivering useful and accessible intelligence for our homes via advanced AI and 3D sensing," he wrote. "Unfortunately, we did not achieve the commercial success we were looking for and will be shutting down operations in the near future."

Lighthouse's AI and 3D sensors give its cameras the power to distinguish between pets and people, as well as to recognize faces. If it sees someone inside your home that it doesn't recognize, for instance, it can send you a notification. It also recognizes simple sentences, so you can ask it if the pet walker arrived that day, among other things. The company was supposed to start shipping the device in September 2017, but it didn't become available until February 2018. Since it only came out this year, some buyers might not have received their purchases yet. Teichman said Lighthouse already sent its customers an email with the refund process to make sure they get their money back.

In this article: ai, gear, home, lighthouse, securitycamera
All products recommended by Engadget are selected by our editorial team, independent of our parent company. Some of our stories include affiliate links. If you buy something through one of these links, we may earn an affiliate commission.