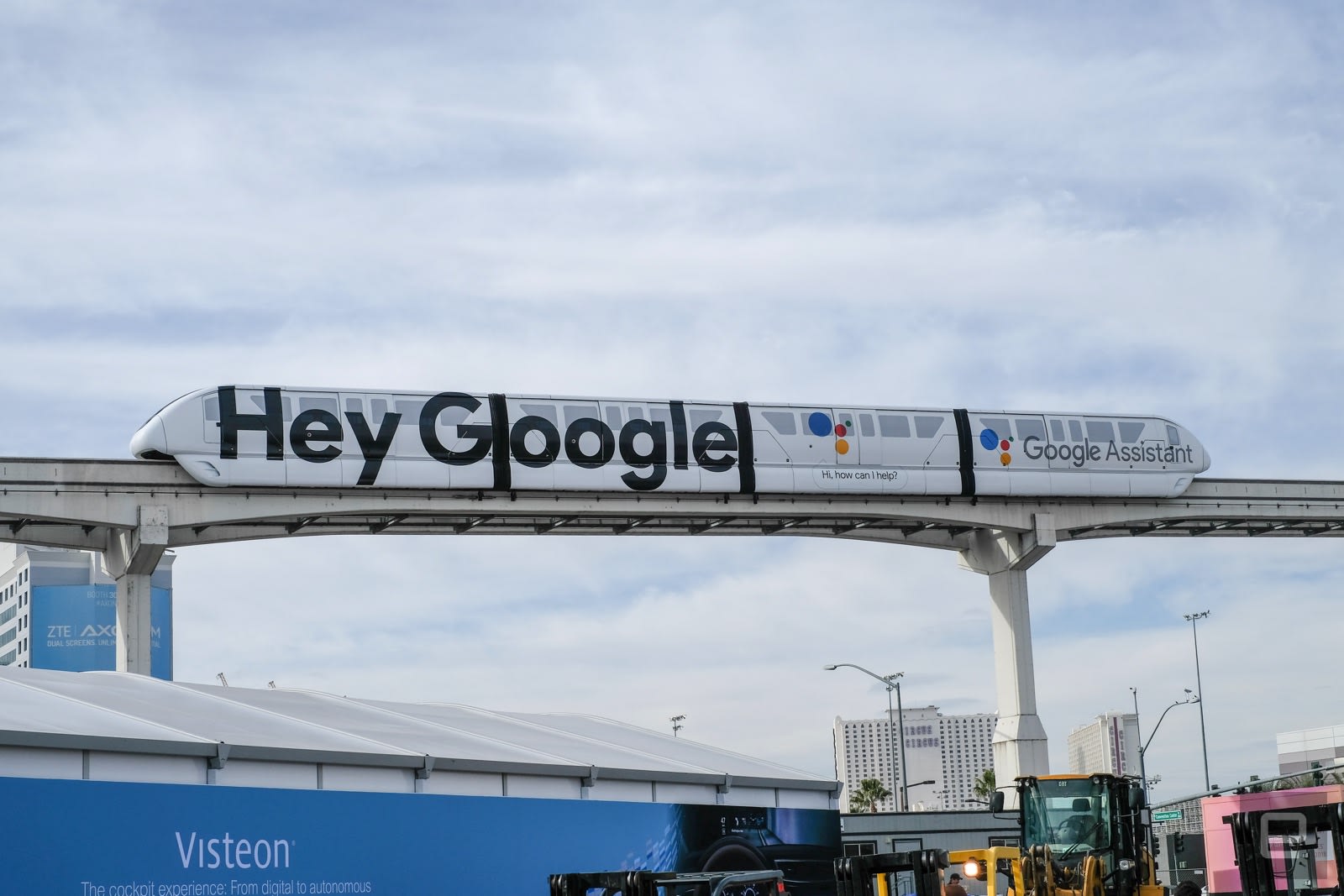 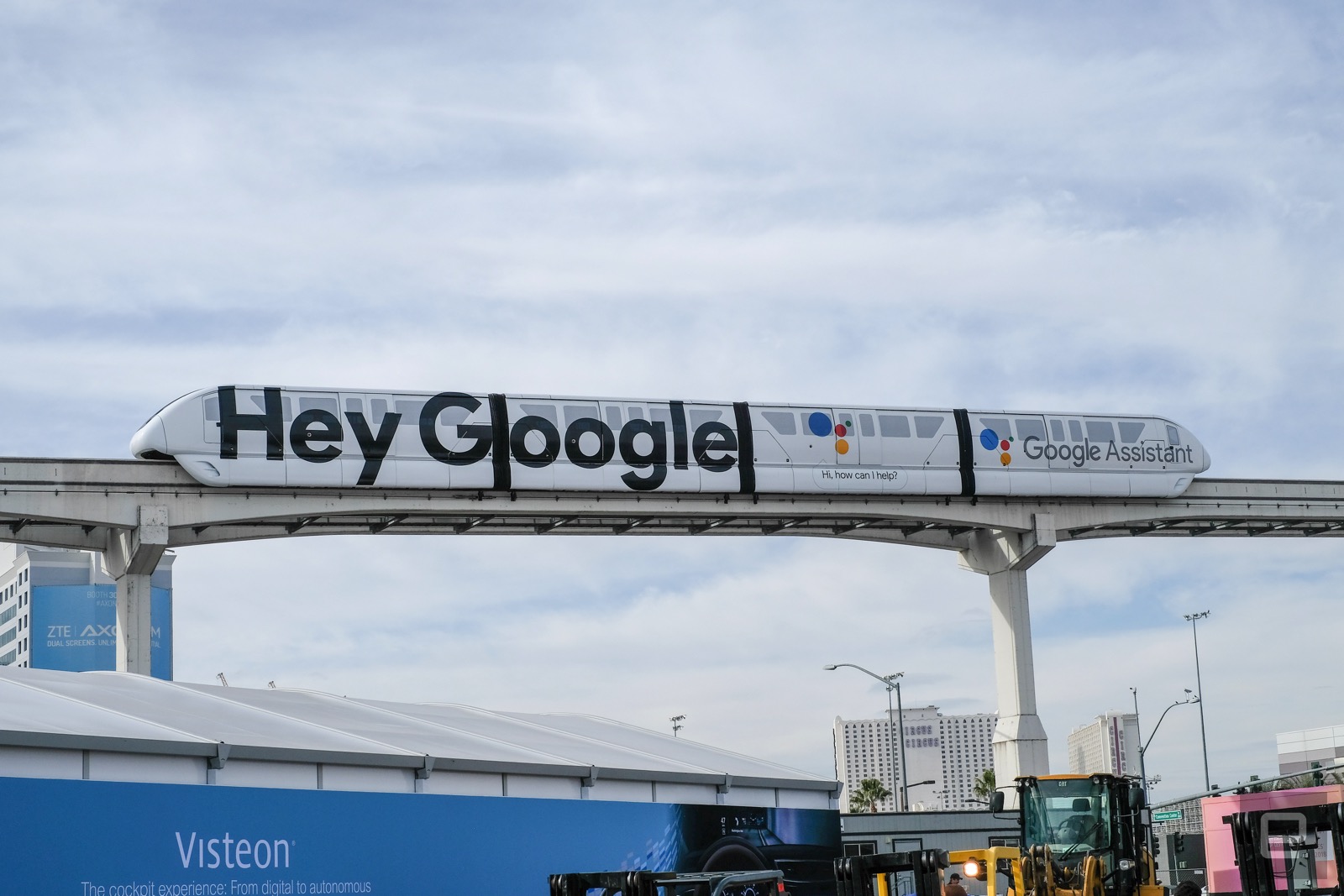 Google doesn't usually have a big presence at CES, but that's changed in a big way this year. You can't help but notice that the monorail circling the Las Vegas Convention Center bears huge letters saying "Hey Google!" Just below, Google has set up a huge, multistory monument to the Google Assistant booth in the convention-center parking lot. It's still under construction so it's hard to say exactly what's going on in there. (Also, there's a superfluous spiraling slide on the side of the booth and a weird Google Assistant ball-pit game near the convention center's main entrance.)

Even though Google hasn't done much at CES in recent years, it makes sense for the company to make a big splash this year. (We've reached out to Google to ask about its showy CES display this year and will update when we hear back.) Earlier this week, the company announced it has sold "more than one" Google Home device per second since the Home Mini launched in October. That works out to about 6.4 million Home devices in the last few months -- and that's not including the original Home speakers that have been sold since it arrived in the fall of 2016. In fact, Google says it has sold "tens of millions" of Home devices.

Google doesn't typically release hardware-sales numbers, but it's not a stretch to imagine Google Home is the company's best-selling hardware product. And it's also in heated combat with Amazon and Alexa for voice-assistant dominance. Amazon is still in the lead, but the low-priced Home Mini has undeniably made Google Assistant a serious competitor to Alexa -- not to mention the fact that it's baked into most modern Android phones now. 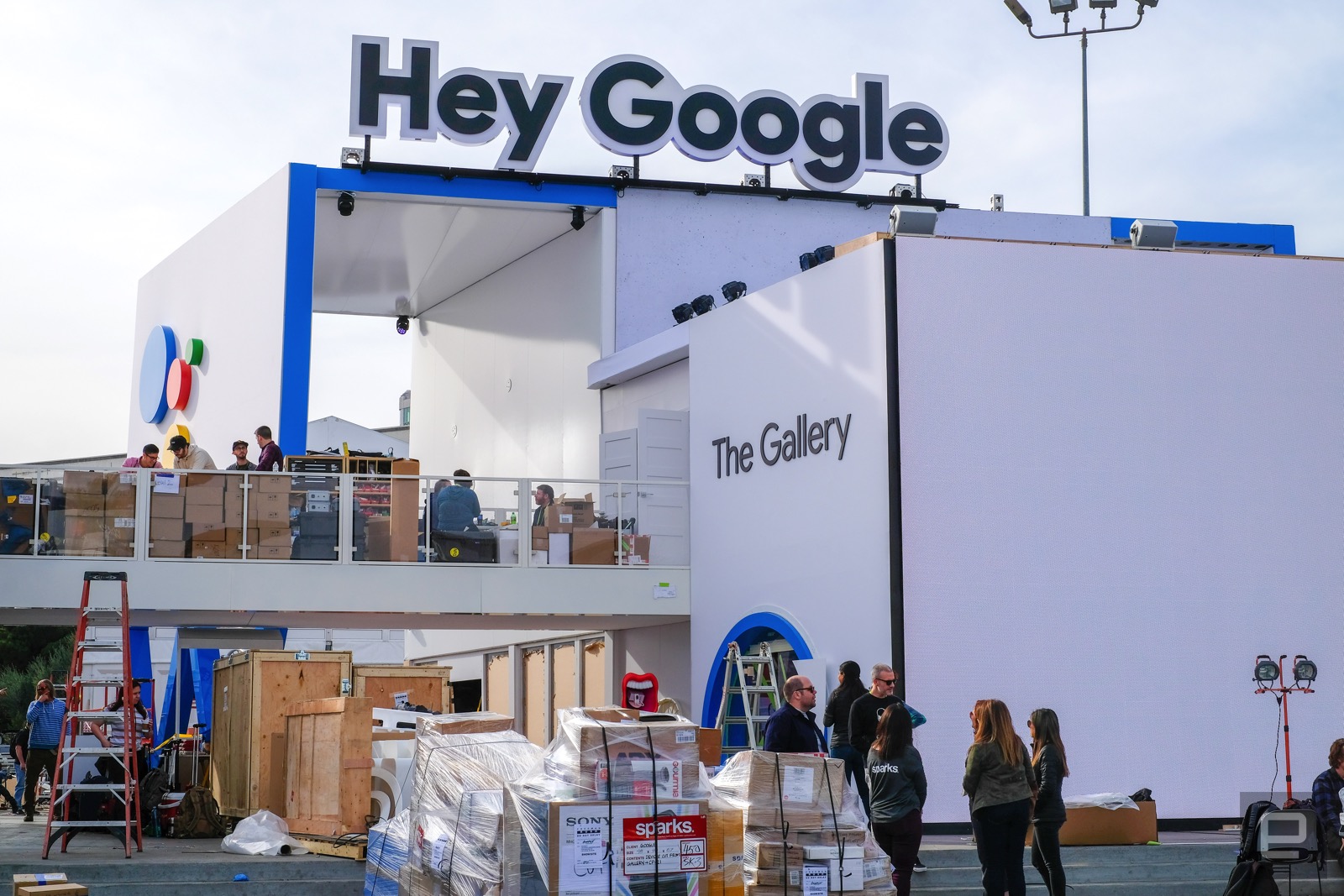 With a successful 2017 behind it, Google is using CES to keep the pressure on Amazon going forward. The company probably won't announce new hardware this week; instead, we'll hear about new partnerships with third-party hardware makers. Amazon has been doing that with Alexa for a while now, but it's relatively new territory for the Assistant. Given the huge range of companies here in Vegas, it's a sure bet that many of them will be highlighting how they're putting Google's smarts into their products.

More smart speakers is a certainty, but CES is, above all else, a TV show -- it wouldn't be surprising to see TV sets with Google Assistant built in. Not from Samsung, which will likely continue to push its lesser Bixby voice assistant, but it might make sense for other companies like Hisense, TCL or Vizio to offer a voice assistant built into their TVs. Some of Sony's TVs already have Google Assistant, and LG just announced that some of its 2018 sets would as well. (LG, in particular, appears to be making a big push on AI and virtual-assistant features, judging by the ads up at the convention center, even if Google isn't mentioned by name.) Google has tried many times to get its software onto the biggest screen in your house (remember the mess that was the original Google TV?), and it seems the Assistant might be the best way to achieve that.

Headphones are another likely area where we'll see Google Assistant expand this year. Thus far, there haven't been too many headsets beyond Google's own flawed Pixel Buds, but the company did make a big deal out of the Assistant showing up in Bose's QuietComfort 35 II Bluetooth headphones this fall. We'll have to wait a few more days to see if any others bake the Assistant into their products -- but with Alexa making its way to more headsets, you can be sure Google wants its voice assistant there too.

We can't forget that every year, CES becomes a bigger showcase for automakers, so it wouldn't be surprising to see Google Assistant show up there as well. Hyundai has already announced it would put the Assistant in its connected cars, and plenty other automakers are using Android Auto. An update to that core software could likely bring forth the full power of the Assistant for drivers.

Having Google Assistant on more hardware is important, but it's just as important that it can work with all the other "smart" devices that are making their way into people's homes. Google says the Assistant now works with more than 1,500 devices from 225 brands -- enough that the average consumer won't have a hard time finding what she needs when upgrading her home. And if there's one trend that's been everywhere at CES the past few years, it's connected-home devices. There's no doubt that many of the ones worth paying attention to will work with Google. 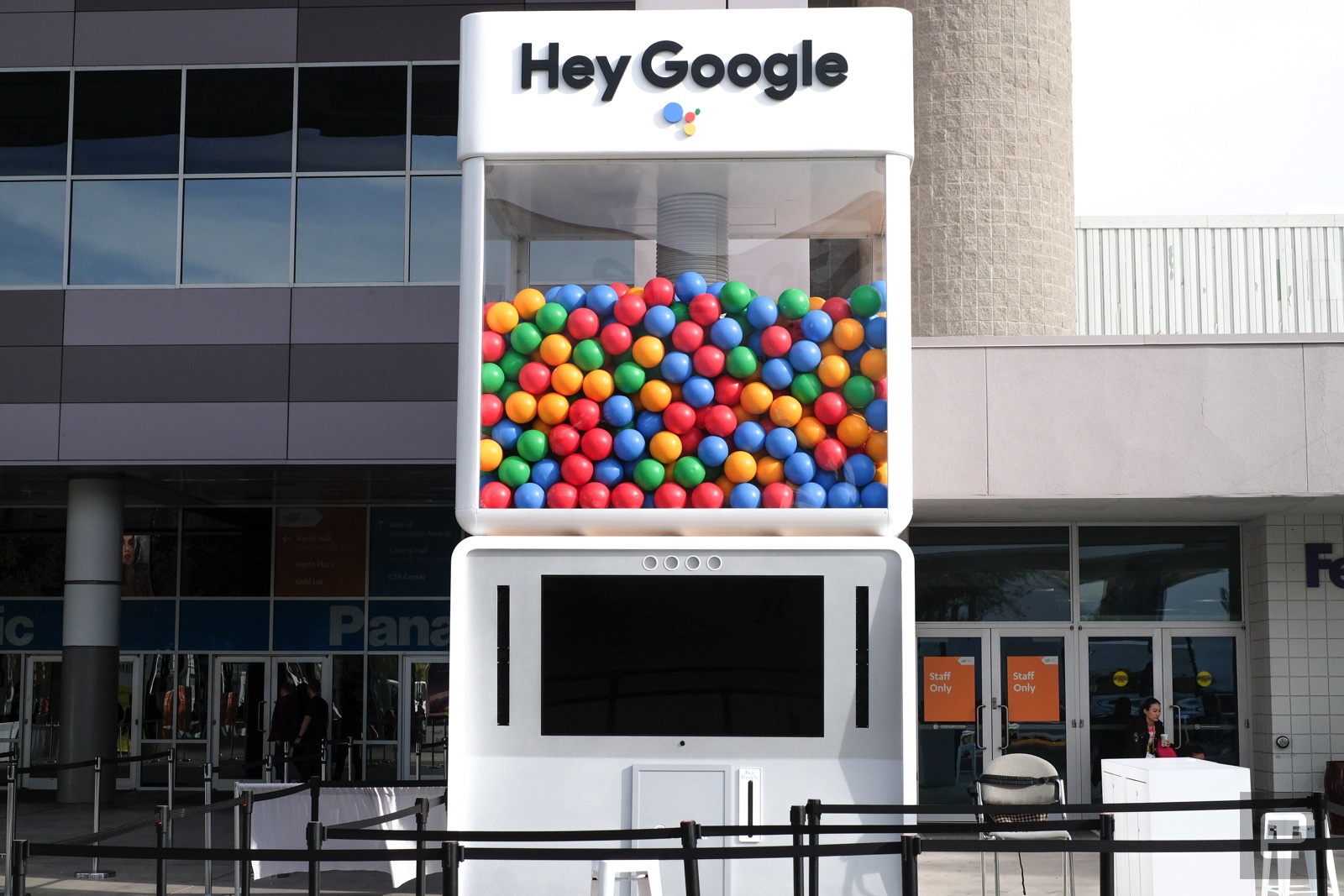 Given that many companies big and small will be talking about Google Assistant at CES this year, the company probably didn't need to build a huge playground in the middle of the CES parking lot or cover the monorail with ads. But, after a 2017 that saw Google Assistant emerge as the first real contender to Alexa, the company could start out the year by grabbing all the CES attention for itself. Many of the biggest names in tech don't go all-in at CES anymore -- if Google Assistant (or its bizarre but intriguing edifice in the parking lot) can steal the show, it'll be the talk of Vegas for the next week.

In this article: AI, ces2018, gear, google, google assistant, lasvegas, monorail, personal computing, personalcomputing, services, voice assistant
All products recommended by Engadget are selected by our editorial team, independent of our parent company. Some of our stories include affiliate links. If you buy something through one of these links, we may earn an affiliate commission.