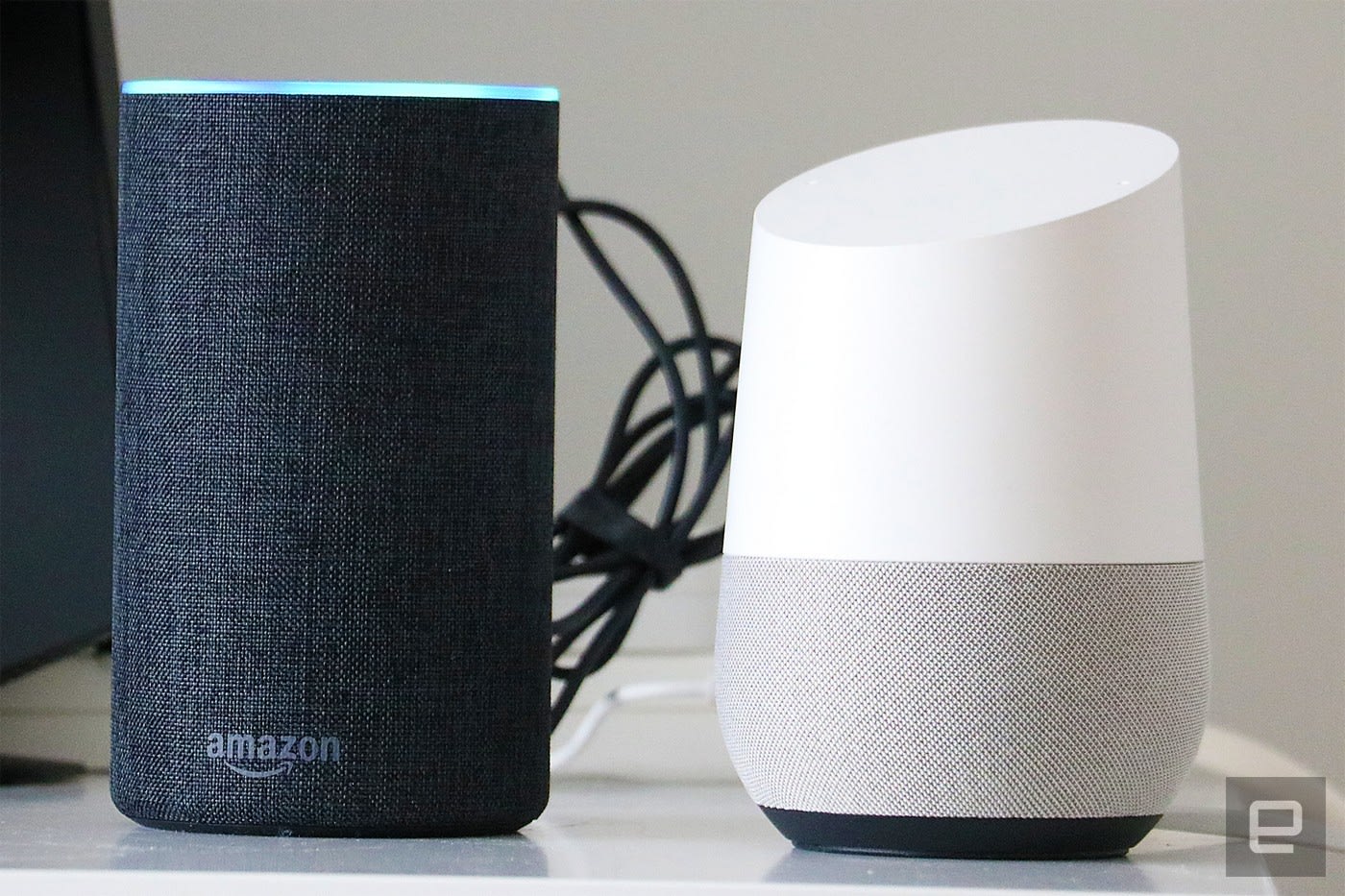 There's no doubt that smart speakers are selling like hotcakes, but how many people own them, exactly? Quite a few, according to NPR and Edison Research. They've published findings of a study which estimates that one in six Americans (16 percent) owns a smart speaker of some kind -- a huge amount if the study is precise, and a whopping 128 percent higher than a year earlier. About 7 percent of Americans reportedly bought at least one speaker between Black Friday (November 24th) and then end of 2017, with 4 percent of Americans having bought their very first speaker.

Not surprisingly, Amazon still rules this fledgling market. The study indicates that 11 percent of Americans have one of Amazon's Echo speakers, while 4 percent have a Google Home of some kind thanks to its relatively late arrival. Just how people use their speakers is more complicated. About 66 percent of buyers plan to entertain others by streaming music, asking questions or playing games, while 64 percent anticipate using theirs for smart home control.

These speakers aren't necessarily replacing the devices you'd expect, either. While 39 percent of owners say they're using radios less often, and 34 percent say the same for smartphones, you also see significant impacts on TV (30 percent), tablets (27 percent), PCs (26 percent) and even the printed word (23 percent). About 44 percent also said they increased use of voice assistants on their phones, which suggests that these speakers are raising awareness of these AI helpers -- no doubt what companies like Amazon and Google are hoping for.

We would take the study with a small grain of salt. It's based on both a blind 1,010-person phone study and a deeper dive into habits based on an 806-person survey of owners. While both samples are substantial, there's a good chance the real figures are different. Even so, they indicate that smart speakers are quickly becoming mainstays of life for some people. And with a wave of smart displays on the way, that trend might just continue.

Via: TechCrunch
Source: National Public Media
In this article: amazon, amazonecho, av, echo, edisonresearch, gear, google, googlehome, home, internet, npr, smartspeaker, voiceassistant, voicecontrol, voicerecognition
All products recommended by Engadget are selected by our editorial team, independent of our parent company. Some of our stories include affiliate links. If you buy something through one of these links, we may earn an affiliate commission.