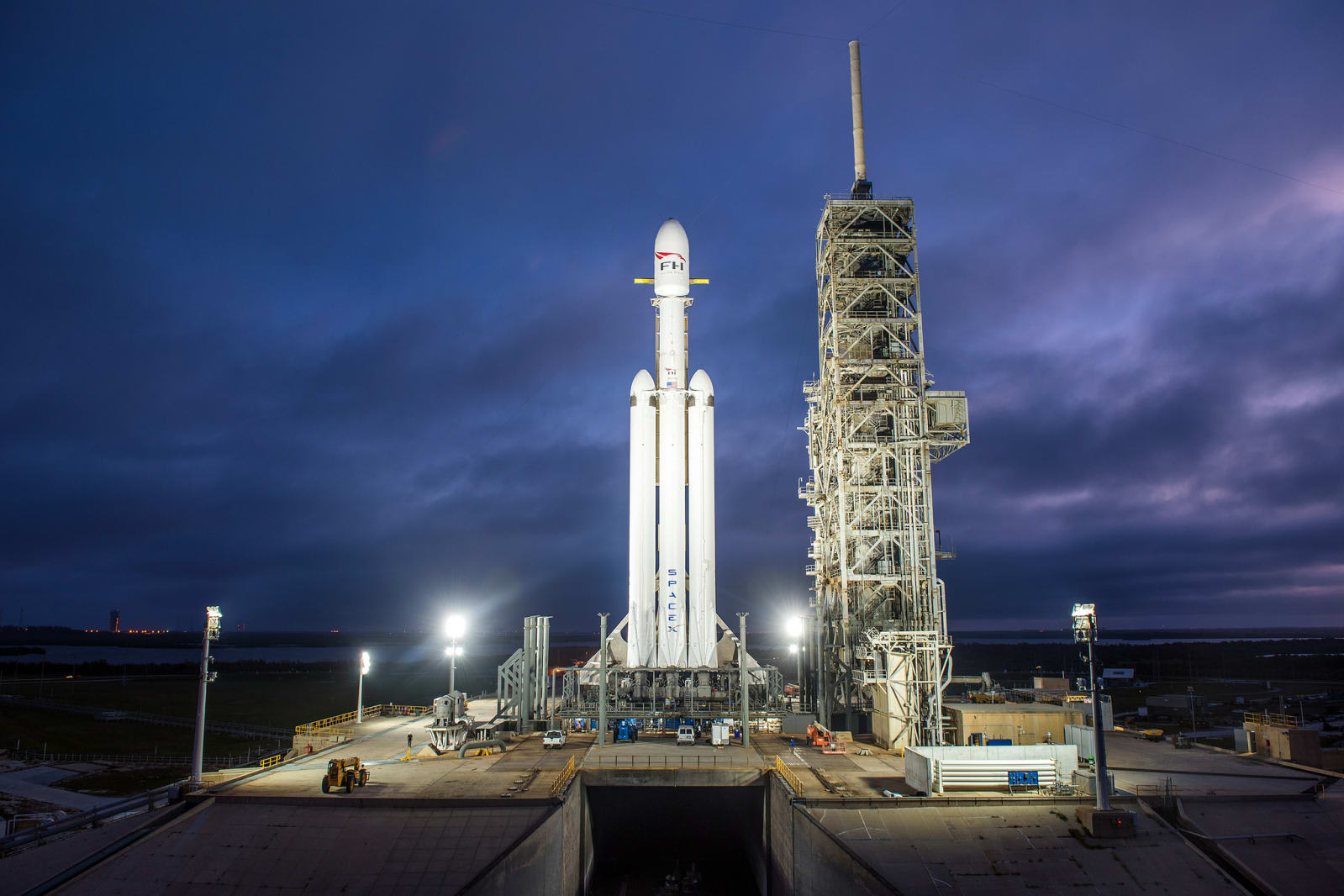 SpaceX has announced a new (tentative) static fire date for its Falcon Heavy rocket. The test is currently scheduled for no earlier than Wednesday, according to Spaceflight Now.

The Falcon Heavy's first test-firing at launch pad 39A in Florida is now set for no earlier than Wednesday. https://t.co/1Xj8TMDHP7 pic.twitter.com/JqQ8bOzsS3

This doesn't mean the static fire test will actually happen Wednesday -- the priority here is a Wet Dress Rehearsal (WDR), in which the team goes through the launch countdown, up to 10 seconds before actual launch. It's only if this goes well that SpaceX will move on to the static fire. Once that test is conducted successfully, a launch date will be set.

This process has been delayed by numerous issues, from conflicting launches to the government shutdown. What's more, the size and complexity of the rocket necessarily means there will be unexpected delays. The wait might be frustrating, but it's a good thing that SpaceX is going slow. Keep an eye on this article, as I'll continue to update as we wait for the static fire test to occur.

Source: Spaceflight Now
In this article: falconheavy, interview, space, spacex, staticfire, tomorrow
All products recommended by Engadget are selected by our editorial team, independent of our parent company. Some of our stories include affiliate links. If you buy something through one of these links, we may earn an affiliate commission.