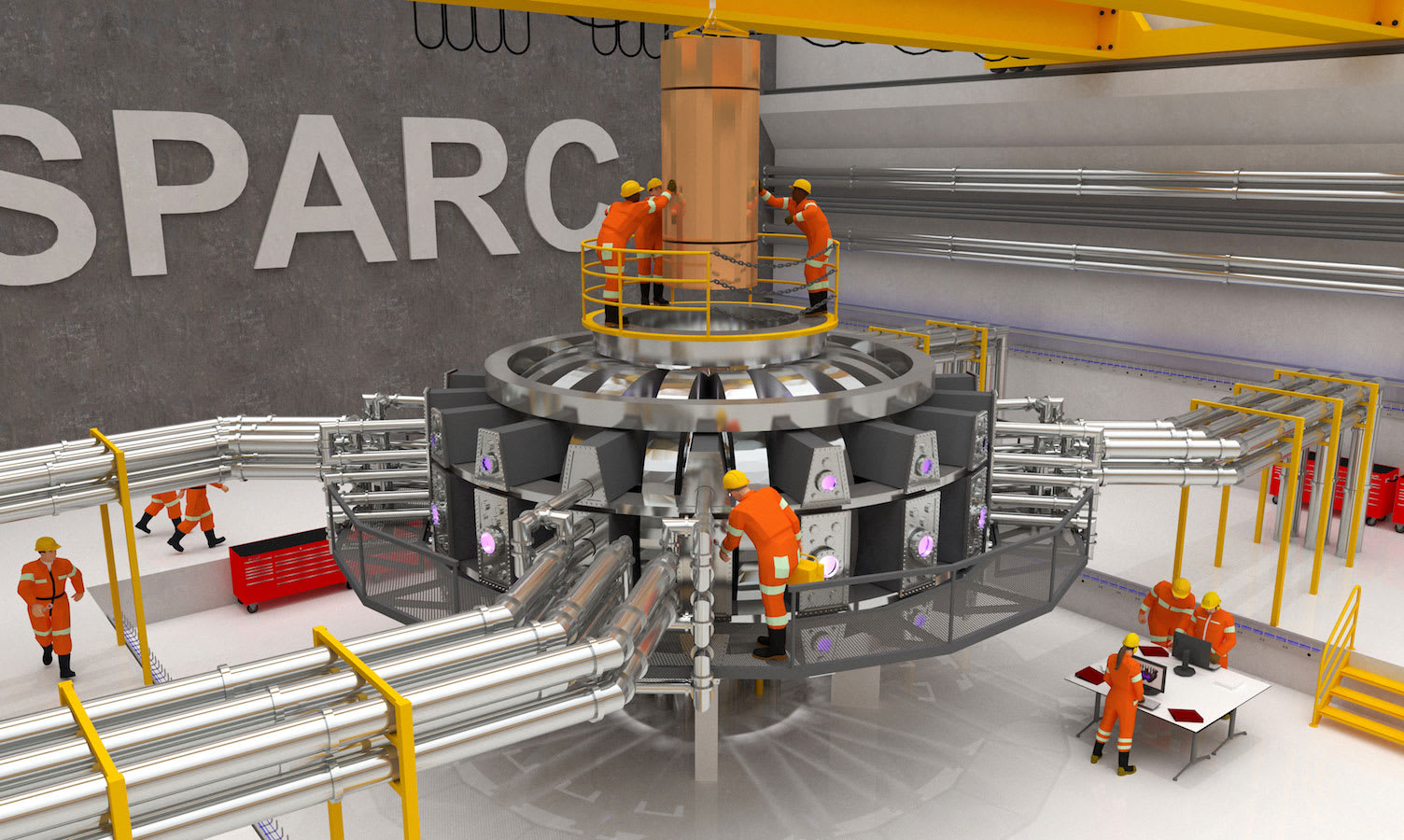 MIT announced yesterday that it and Commonwealth Fusion Systems -- an MIT spinoff -- are working on a project that aims to make harvesting energy from nuclear fusion a reality within the next 15 years. The ultimate goal is to develop a 200-megawatt power plant. MIT also announced that Italian energy firm ENI has invested $50 million towards the project, $30 million of which will be applied to research and development at MIT over the next three years.

Nuclear fusion offers quite a few benefits over other energy production methods, including nuclear fission. Nuclear fusion stands to be more efficient, cleaner and safer than other methods, but it has been rather hard to put into action. The process generates incredibly high temperatures and requires a lot of energy input -- an amount that has outweighed outputs so far -- and those issues have prevented nuclear fusion from becoming a viable energy source to date.

The extremely high temperatures require that magnetic fields, rather than solid materials, confine the hot plasma in which the fusion reactions take place. MIT and CFS plan to use newly available superconducting materials to develop large electromagnets that can produce fields four-times stronger than any being used now. The stronger magnetic fields will allow for more power to be generated resulting in, importantly, positive net energy. The method will hopefully allow for cheaper and smaller reactors. The research team aims to develop a prototype reactor within the next 10 years, followed by a 200-megawatt pilot power plant. "If MIT can do what they are saying -- and I have no reason to think that they can't -- this is a major step forward," Stephen Dean, head of Maryland-based advocacy group Fusion Power Associates, told Nature.

The team sees their work as being complementary to what will take place at the ITER tokamak fusion reactor currently being built in France. That project has attracted a lot of attention and funding, but it has also gone way over budget and has hit a few delays. It reached its construction halfway point last year -- after beginning in 2013 -- and those behind it are aiming to starting running experiments in the facility by 2025.

"This is an important historical moment: Advances in superconducting magnets have put fusion energy potentially within reach, offering the prospect of a safe, carbon-free energy future," MIT President Rafael Reif said in a statement. "As humanity confronts the rising risks of climate disruption, I am thrilled that MIT is joining with industrial allies, both longstanding and new, to run full-speed toward this transformative vision for our shared future on Earth."

Via: Gizmodo
Source: MIT
Coverage: Nature Biotechnology
In this article: energy, gear, green, ITER, mit, NuclearFusion, PowerPlant, Superconductor, TL18FUSE, tomorrow
All products recommended by Engadget are selected by our editorial team, independent of our parent company. Some of our stories include affiliate links. If you buy something through one of these links, we may earn an affiliate commission.