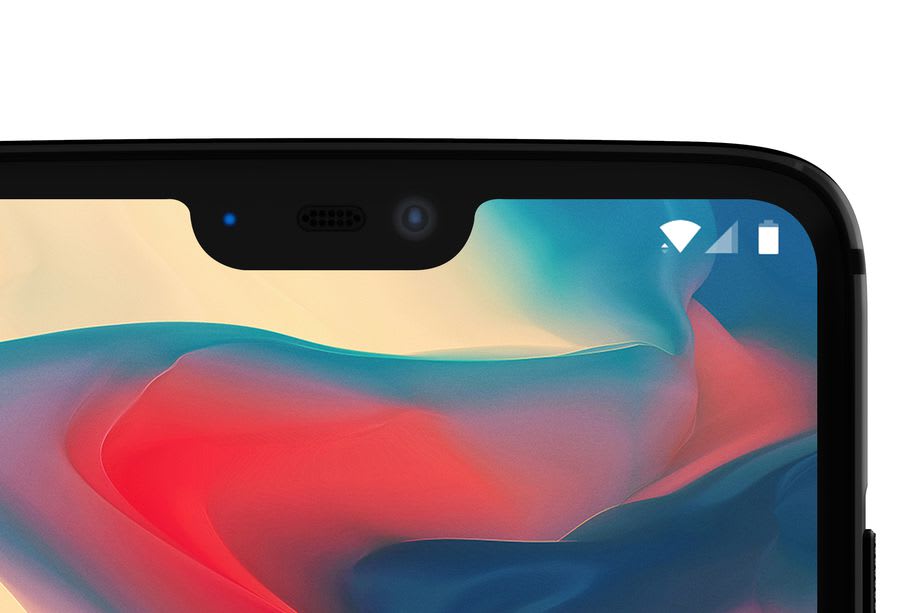 Image credit: OnePlus via The Verge

Concerned over all of the hate notches have been getting, OnePlus decided to get ahead of the issue and explain to The Verge why it's going the notch route with the OnePlus 6 and why that doesn't make it just an iPhone copycat. The company says that the OnePlus 6's notch will be larger than the Essential Phone's because going that small would've affected the earpiece and front-facing camera quality or required it to omit other sensors and lights. But it will be smaller than the iPhone X's.

Importantly, OnePlus is manually testing the top 1,000 Play Store apps to see which might require a notch compatibility mode and, The Verge notes, OnePlus will disguise the notch at times that it would impede video viewing. The company said that Apple's moves often encourage the wider adoption of phone features in the industry, but when it comes to the notch, OnePlus said it would've gotten there without Apple. "Maybe not as fast," OnePlus co-founder Carl Pei told The Verge. "But we have access to the roadmaps of all the screen manufacturers, and when they gave us the opportunity to make cutouts at the top of the screen, it just made sense." Because, ultimately, the notch means more screen.

OnePlus also shared that the 6 will have its biggest screen yet but the phone itself won't be larger than any of its others. The screen-to-body ratio will be 90 percent and it will have a headphone jack.

Source: The Verge
In this article: apple, gadgetry, gadgets, gear, iphoneX, mobile, notch, oneplus, oneplus6
All products recommended by Engadget are selected by our editorial team, independent of our parent company. Some of our stories include affiliate links. If you buy something through one of these links, we may earn an affiliate commission.