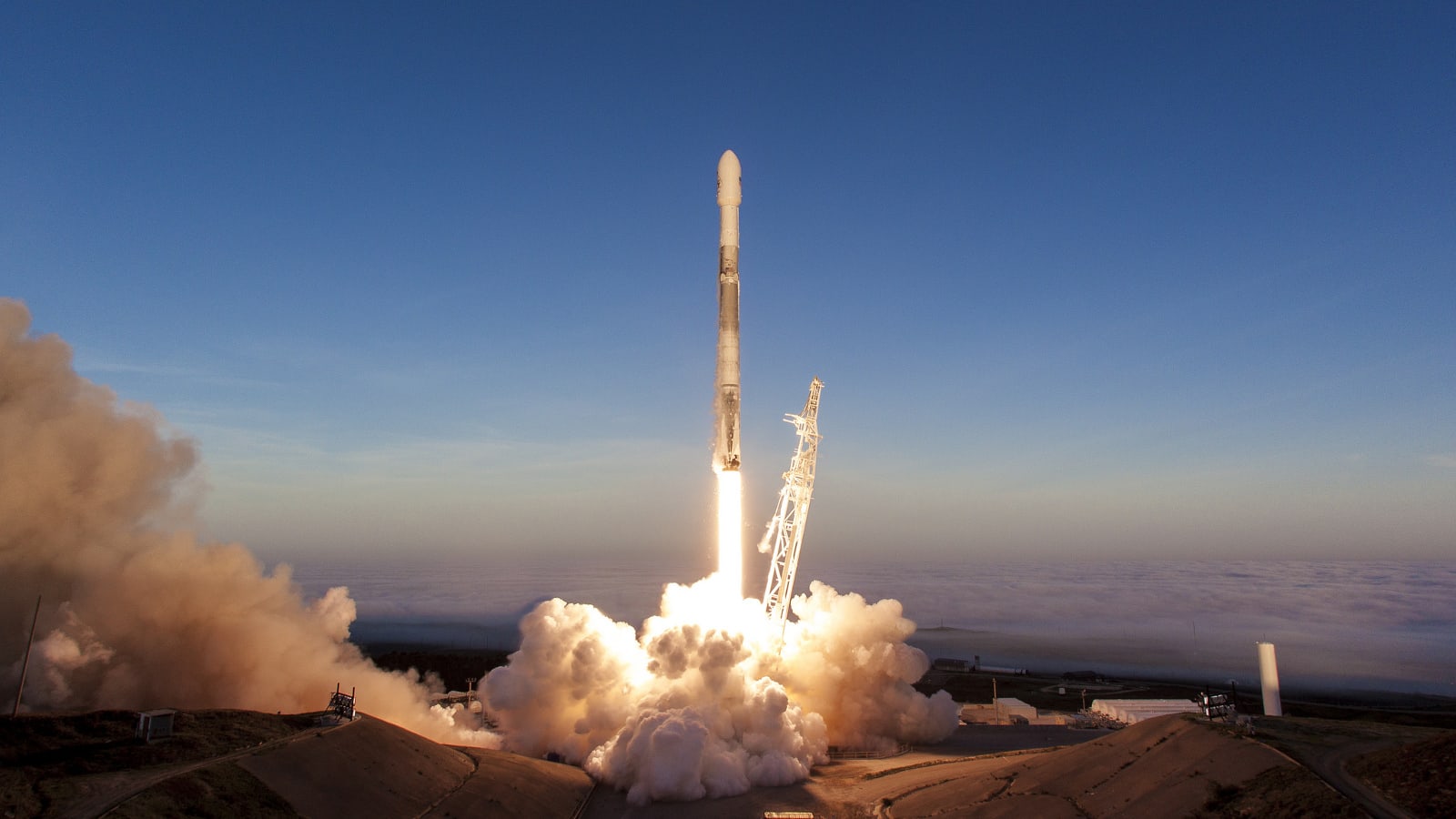 SpaceX had to cut off the Iridium Next mission's live feed early, and it might be because its Tesla launch got a bit too much attention. The private space giant raised questions (and may have given conspiracy theories plenty to chat about) when it suddenly stopped Falcon 9's live feed a few minutes into its journey. Its engineers said it was because SpaceX doesn't have permission from the National Oceanic and Atmospheric Administration to broadcast images captured by the cameras on the rocket's second stage.

NOAA confirmed that in a follow-up statement, citing the National and Commercial Space Program Act, which requires companies to secure a commercial remote sensing license to take images of Earth while their spacecraft is in orbit. That is, unless the mission has a government payload, like say, the supplies NASA regularly sends to astronauts aboard the ISS. The March 30th mission, however, launched 10 communication satellites for the Iridium Next constellation.

SpaceX has been broadcasting full launches for some time now, because while the law NOAA cited has been around for quite a while, it's also vaguely enforced. The company's Falcon Heavy launch, however, got a bit too many eyes on it, not only because it was the first time the heavy-lift rocket had left the planet, but also because it had a curious cargo: Elon Musk's Tesla Roadster. That Roadster captured and sent back numerous images of Starman, its silent passenger, with the Earth as a background. And according to Space Policy Online, that was what prompted NOAA to talk to SpaceX about the need for licenses.

In an interview with the publication, Tahara Dawkins (Director of NOAA's Commercial Remote Sensing Regulatory Affairs) claims SpaceX was completely unaware that it needed licenses for its broadcasts until NOAA got in contact with it. The company submitted an application four days before it had to launch the Iridium Next satellites, but that was only enough time to earn permission to host a live public broadcast before Falcon 9 reached orbit. To be able to award SpaceX the license to stream from orbit itself, NOAA has to check its imaging system's implications on national security.

Dawkins said in a statement:

"With additional time to review and evaluate and, if necessary, elevate, we could have worked it out a little bit more and maybe allowed for live streaming, we're hoping to get a better review of what that livestreaming is, and what potential risk to national security each one will have."

The good news is that it no longer takes over 200 days to get that license, but it could still take a few months' time. SpaceX has to submit an application for the non-government (non-secret) launches it wants to livestream much earlier than four days before lift off.

Update: SpaceX provided the following statement regarding the launch: "Due to some restrictions from the National Oceanic and Atmospheric Administration (NOAA for short), SpaceX will be intentionally ending live video coverage of the 2nd stage just prior to engine shutdown. We're working with NOAA to address these restrictions in order to hopefully be able to bring you live views from orbit in the future." It's the same statement that played at the beginning of the launch video.

SpaceX had previously been using cameras that it believed fell under the NOAA exemption, which states that "small, hand-held cameras shall not be considered remote sensing space systems." In the past, including the recent SpaceX ISS resupply mission, NOAA didn't enforce its restriction. However, for this most recent launch, the organization said the rocket's camera's qualify as a remote space sensing system, so they had to be turned off. SpaceX is in the process of getting its license set, and doesn't expect to have an issue for future launches.

Via: CNET
Source: SpaceNews, Space Policy Online
Coverage: The Verge, Space
In this article: gear, iridium5, iridiumnext, noaa, space, spacex
All products recommended by Engadget are selected by our editorial team, independent of our parent company. Some of our stories include affiliate links. If you buy something through one of these links, we may earn an affiliate commission.