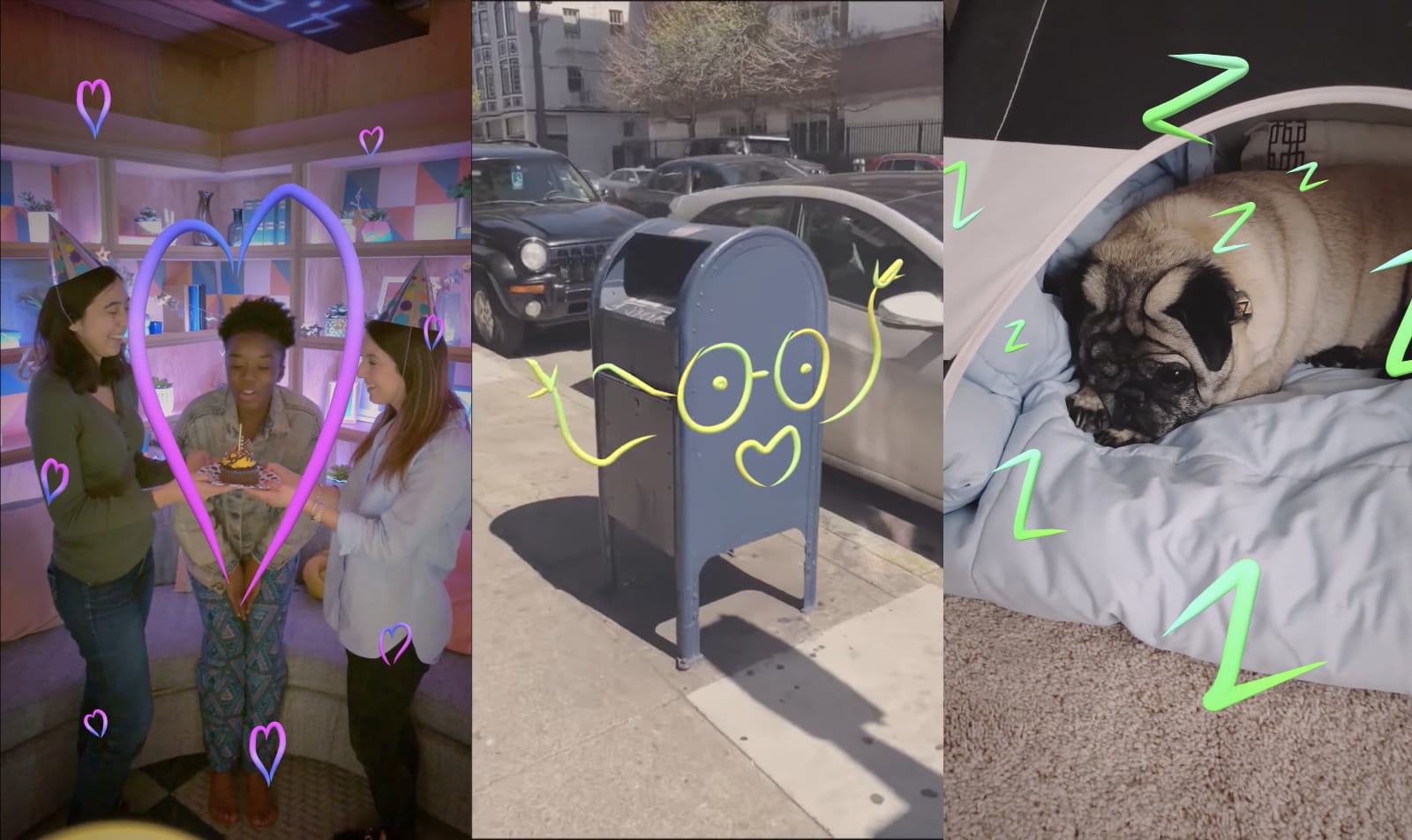 Facebook is giving Stories a much-needed boost by rolling out AR doodles and Instagram's Boomerang to its Camera feature suite. Over the coming weeks, you'll be able to draw on the world your camera sees, thanks to what the currently embattled company calls "3D drawing." It'll enable you to doodle and scribble on your screen before or while you're recording and see what your augmented reality graffiti looks like on various surfaces as you move your phone around.

According to TechCrunch, Facebook's tech allows your drawings to wrap around objects like mailboxes and tables in the real world. However, its implementation is still far from perfect, and it can only adapt to the contours of an object when it's in optimal lighting conditions and the tech is absolutely sure what it's looking at. As for Boomerang, TC says the beloved Instagram feature could replace Camera's looping GIF-maker that Facebook launched some time ago, since that one's not quite as polished.

Whether these additions can entice more people to post Stories directly on Facebook instead of simply cross-posting from Instagram remains to be seen. Unlike Instagram's Snapchat clone, which has more users than Snapchat itself, Facebook's hasn't been as successful. That has prompted the social network to make Stories available to brands, to merge it with Messenger Day (yet another Snapchat-like feature) and to mull over the possibility of allowing users to create Stories on PC.

Source: TechCrunch
In this article: 3ddrawing, ARdrawing, boomerang, facebook, facebookstories, gear, internet, socialnetwork
All products recommended by Engadget are selected by our editorial team, independent of our parent company. Some of our stories include affiliate links. If you buy something through one of these links, we may earn an affiliate commission.