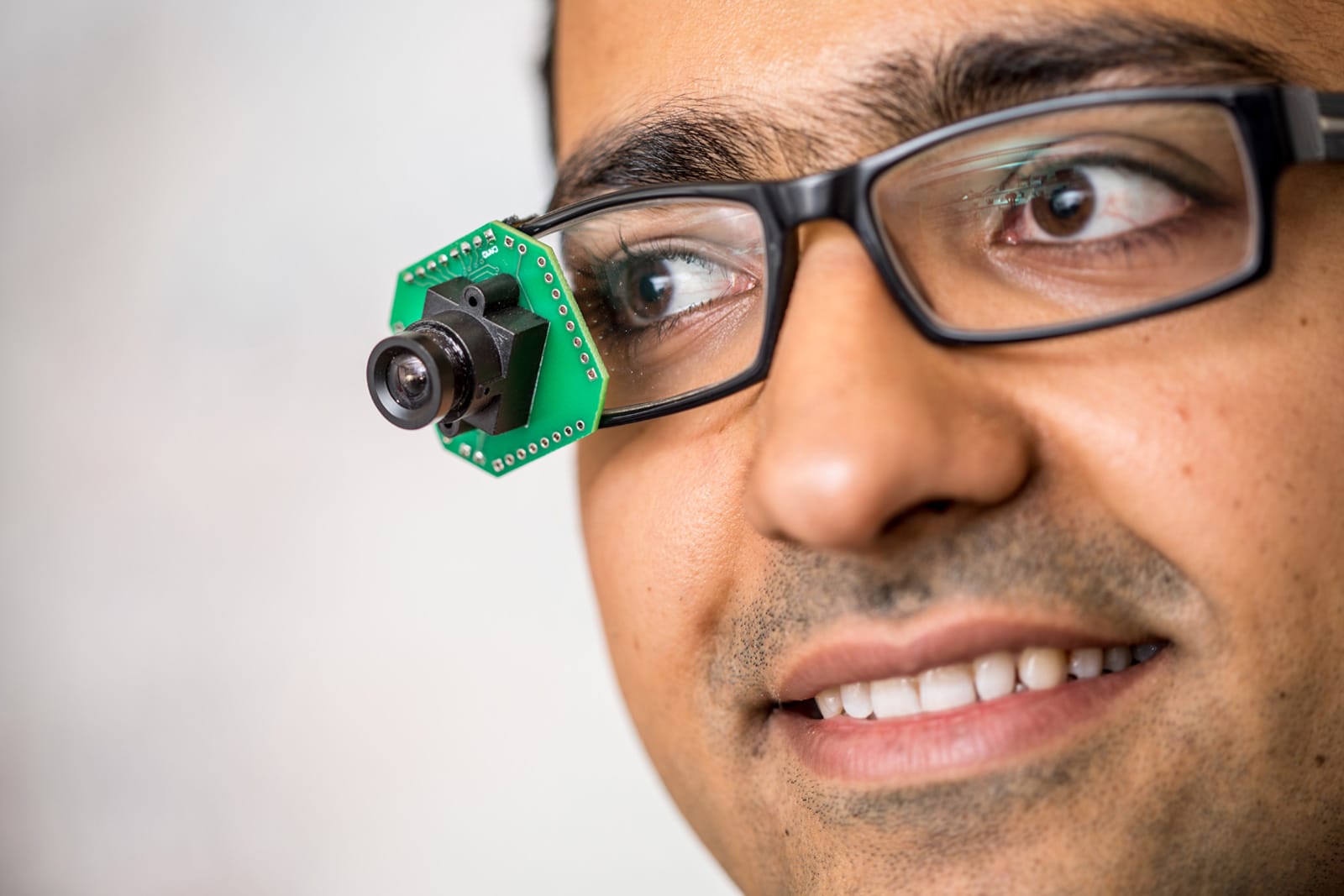 There a number of reasons why camera-equipped smart glasses haven't taken off, whether it's dorky designs, bans or just a lack of practical applications beyond niche audiences. However, there's a common theme for them all: they need big batteries to handle all that streaming video, which guarantees a bulky set of spectacles. There might be a solution in the long run, however. University of Washington researchers have crafted a video streaming method that consumes up to 10,000 times less power than traditional methods. The trick, the team said, is to offload most of the hard work to another device using clever wireless transmissions.

Conventional cameras typically have to process and compress video before sending it out over wireless. This approach directly attaches pixels in the camera to the wireless antenna, and uses backscatter (that is, reflecting signals transmitted to the device) to send the data in pulses to a nearby phone or PC that takes care of the processing. There are already devices that use backscatter, but they've so far been limited to low-data uses like sensors -- this can deliver 720p video.

You aren't going to share video from your eyewear in the near future. The current prototype glasses are limited to 10 frames per second at distances of up to 14 feet (there's also a security camera that operates at 13 frames per second). However, the practical uses are fairly clear. You could have smart glasses and wearable cameras with much smaller batteries, or even no battery at all if they generate power from radio signals. This, in turn, could lead to wearable cameras in unusual places. The scientists envision sports matches where every athlete is wearing a camera that never needs a bulky battery pack -- first-person sports cams wouldn't be novelties outside of motorsports.

Via: Gizmodo
Source: UW News
In this article: cameras, gear, glasses, science, smartglasses, tomorrow, UniversityOfWashington, video, wearable, wearablecamera, wearables
All products recommended by Engadget are selected by our editorial team, independent of our parent company. Some of our stories include affiliate links. If you buy something through one of these links, we may earn an affiliate commission.