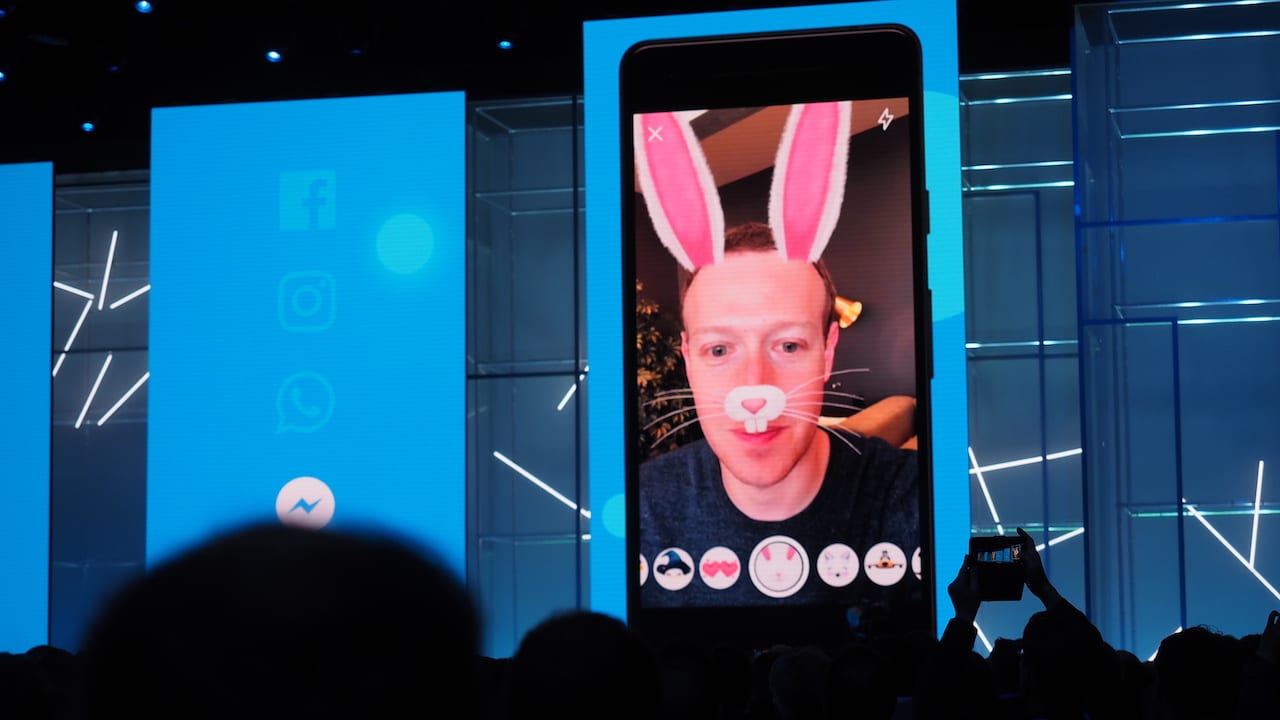 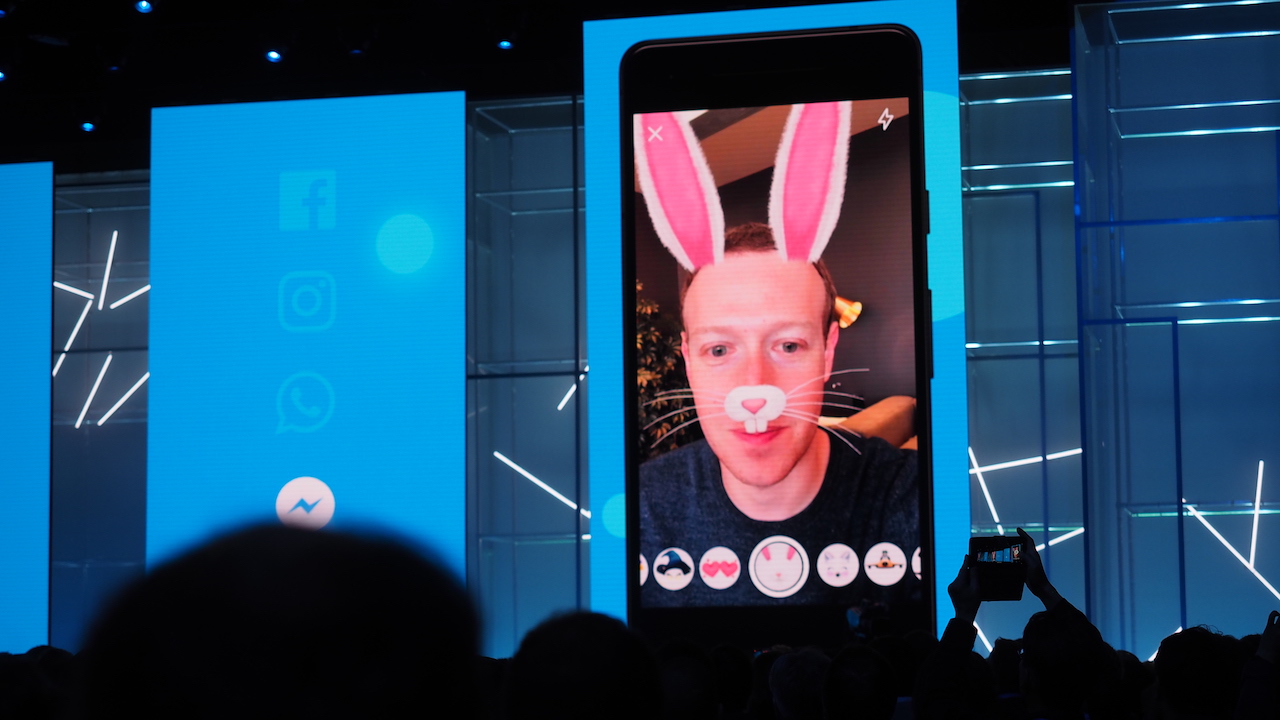 Mark Zuckerberg is over it. Yes, Facebook allowed the data of more than 80 million users to land in the hands of a partisan political consulting firm during an obscenely contentious presidential election, but that's all in the distant past. You know, like last month.

Zuckerberg made it clear during Tuesday's F8 conference that he's ready to move past the Cambridge Analytica scandal, starting the whole shebang with a smile and a joke. "This has been an intense year!" he said, practically winking into the Facebook Live cameras.

A few minutes in, his tone shifted to something more serious and he adopted an Obama-esque cadence as he discussed the spread of misleading news, elections tampering and privacy issues on Facebook.

"I'm going to go through all of that head-on in just a minute, because I think it's important that everyone here knows exactly what we're doing to address [these issues]," Zuckerberg said. "But we also have a responsibility to move forward."

And move forward he did. 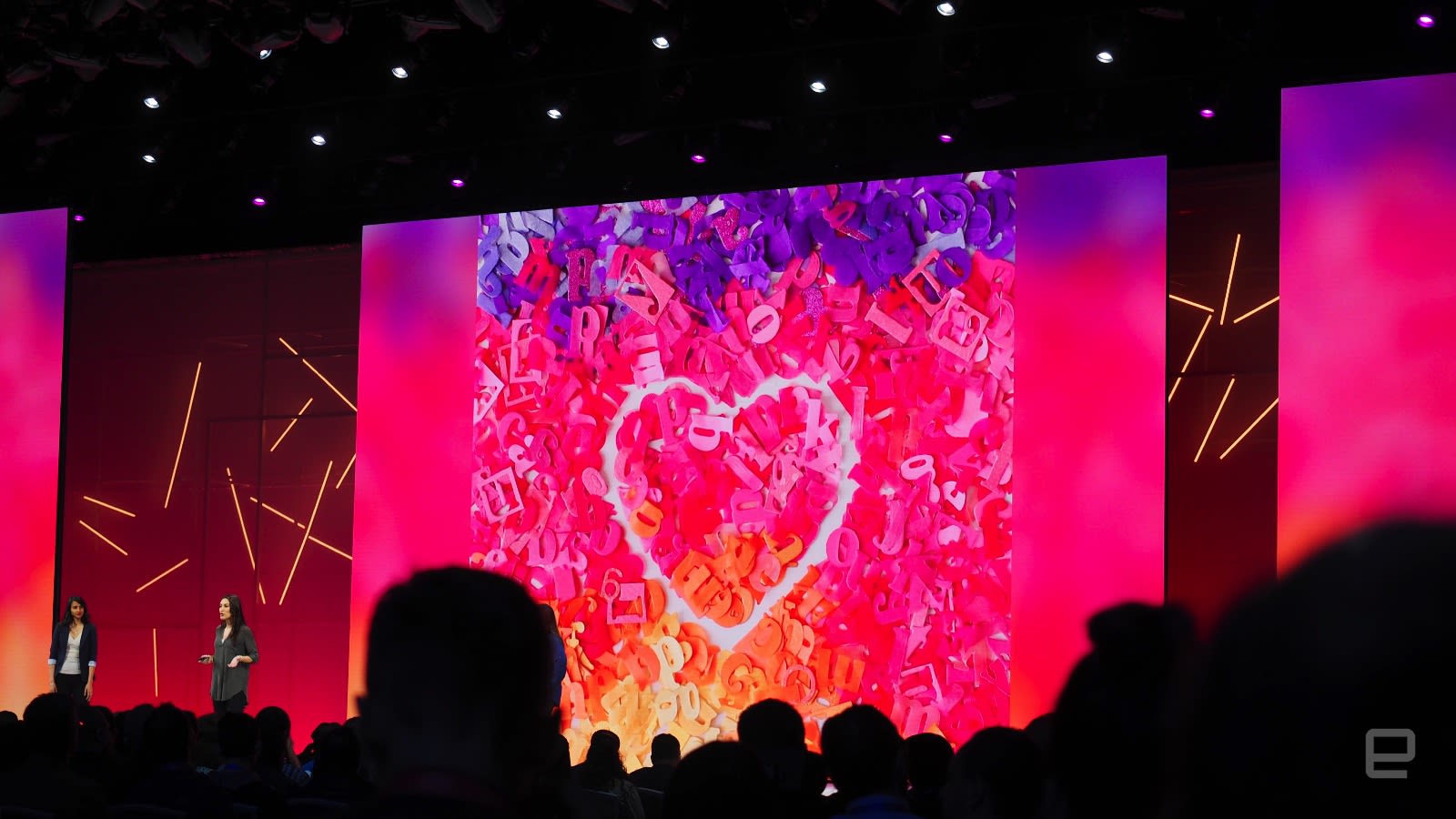 As promised, Zuckerberg started his F8 speech with a discussion about privacy and security on Facebook, where he touched on steps the company has taken to protect user data since 2014. He noted Facebook was investigating every app with access to large amounts of data before 2014, and he highlighted the privacy pop-up that recently assailed users' homepages. He explained how new, stricter privacy regulations in Europe would prompt users around the world to review their data settings.

This was all old news. However, it set the stage for the announcement of Clear History, a new tool that will allow users to delete stored information about non-Facebook sites they visit. After explaining how Clear History will work -- it's a lot like deleting cookies from a browser -- Zuckerberg closed out the topic with a distinctly Trumpian promise.

"This is the kind of control that we think people should have," he said. "So we're building this and we're going to have a lot more like this to talk about soon."

The audience applauded and the show carried on, complete with a lineup of new apps and tools designed to collect even more data from users. That's not how they were presented, of course, but it's precisely what they'll do. 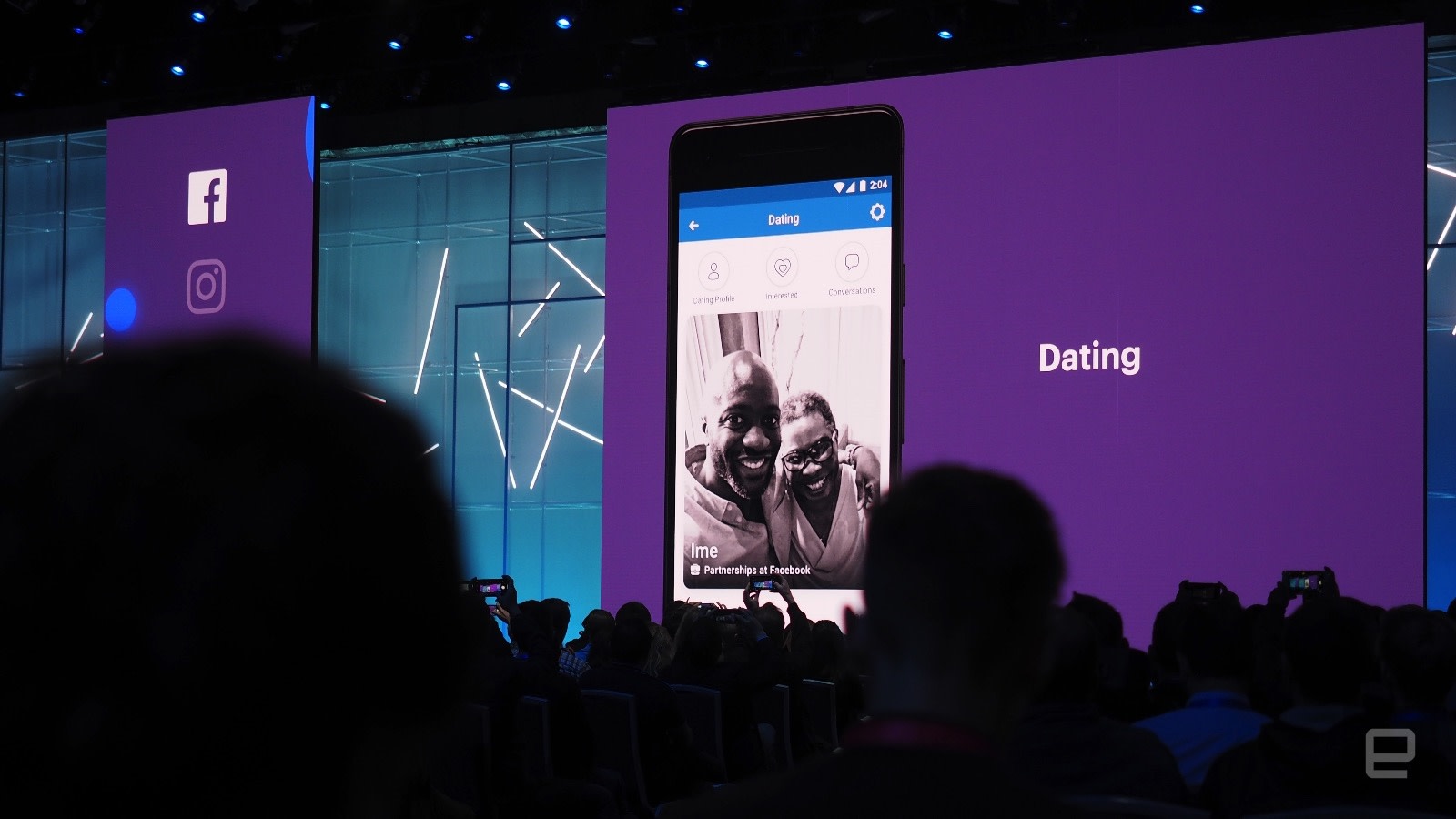 “We're going to have a lot more like this to talk about soon.”
Mark Zuckerberg

Take Facebook's new dating feature for example. Zuckerberg emphasized the importance of privacy and safety when it came to building the app, though he discussed these topics in reference to other users, rather than Facebook itself. For instance, users' Facebook friends won't be able to see their dating profiles and the feature will display first names only -- these are solid steps toward protecting users from other people, but they do nothing to prevent Facebook from gathering (and potentially mishandling) even more personal data.

There are also the fresh augmented reality tools rolling out for developers, including updated facial-recognition and location-tracking features; heaps of third-party integrations with Instagram and Instagram Stories; and new features designed to get more people using WhatsApp and Messenger.

Meanwhile, WhatsApp founder Jan Kuom left the company just a day before F8, reportedly over Facebook's desire to collect user data and weaken the app's encryption. Zuckerberg addressed his departure on-stage at F8, saying, "We have built the largest fully encrypted communication network in the world, and this would not have happened without Jan." He paused for another round of applause, and the show moved on once more.

Facebook clearly isn't slowing down. Even as it investigates other apps for Cambridge Analytica-level privacy breaches, the company is diving into even more personal territory and planning to collect even more sensitive information from users. And, most likely, users will happily let Facebook take that data. 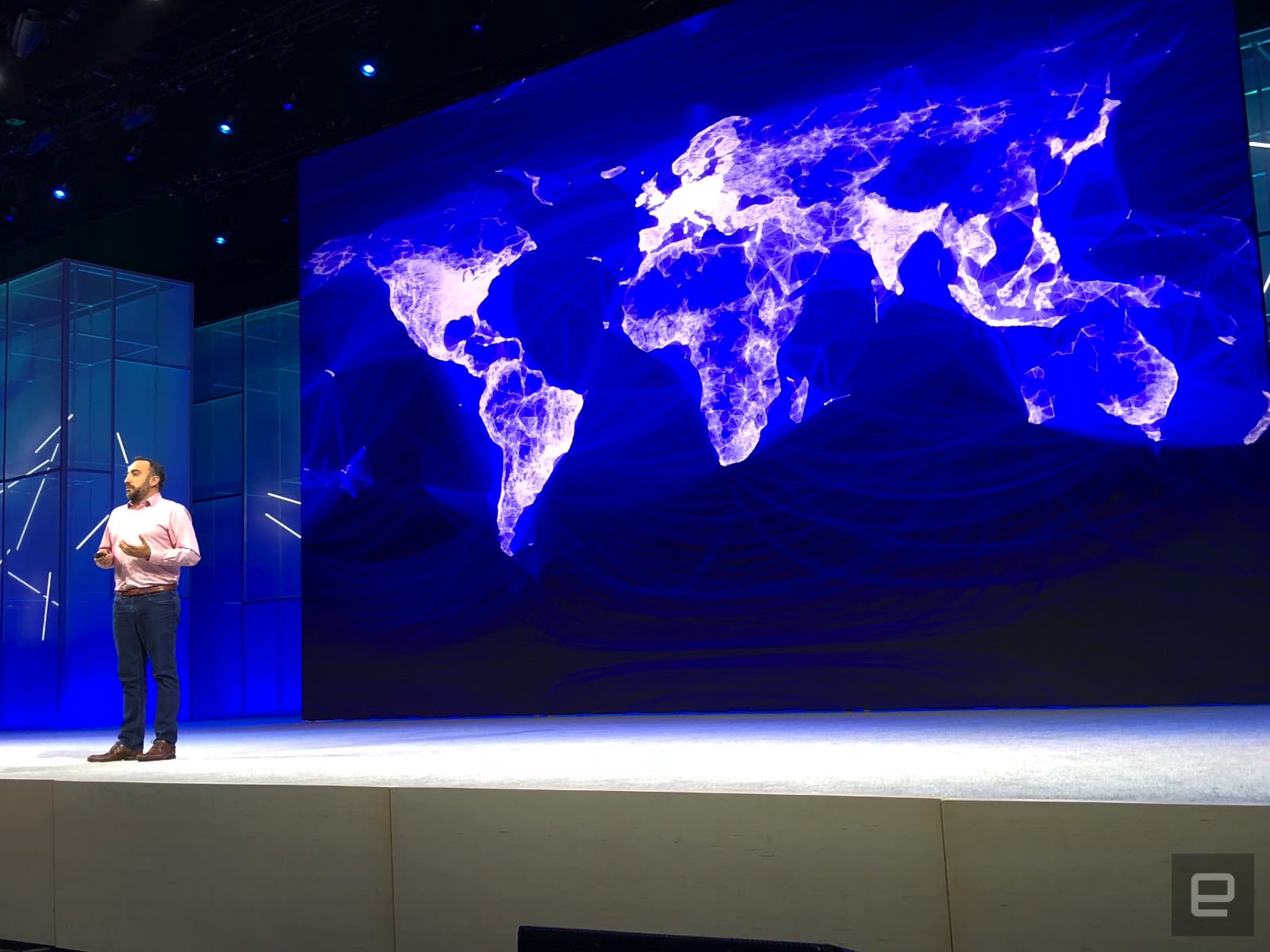 Facebook isn't losing users and it's still making plenty of money -- even after the Cambridge Analytica scandal broke; even after the number of affected users grew from 50 million to 87 million; even after Zuckerberg spent two days testifying before Congress about his company's privacy practices and left dozens of questions unanswered.

How many other apps had unwarranted access to user data? How many of these apps have been banned? What has Facebook's internal auditing process been like? How did the Cambridge Analytica misuse go undetected, even by third-party investigators? Will more restrictive European privacy laws change the way Facebook treats data in the rest of the world?

These are just a few of the questions that Facebook will "talk about soon," according to Zuckerberg. And it's true, Facebook will inevitably have to talk about its privacy practices in the future, perhaps in relation to an unforeseen breach tied to Instagram, WhatsApp, Oculus, its new dating feature or another one of its properties.

Regardless of the scandals staring down Facebook in the future, Zuckerberg's F8 presentation demonstrated the company's eagerness to put Cambridge Analytica, at least, in the past.

"We need to make sure that this never happens again," Zuckerberg said. It wasn't a promise or a guarantee -- but then again, it didn't need to be. F8 is about the future, yes, but it's mainly about selling the vision of the future that Facebook wants. And that doesn't include Cambridge Analytica.

"We're all here because we are optimistic about the future," Zuckerberg said. "We have real challenges to address, but we have to keep that sense of optimism, too."

In this article: business, cambridgeanalytica, data, design, editorial, f82018, facebook, internet, MarkZuckerberg, personal computing, personalcomputing, privacy, security, tomorrow
All products recommended by Engadget are selected by our editorial team, independent of our parent company. Some of our stories include affiliate links. If you buy something through one of these links, we may earn an affiliate commission.