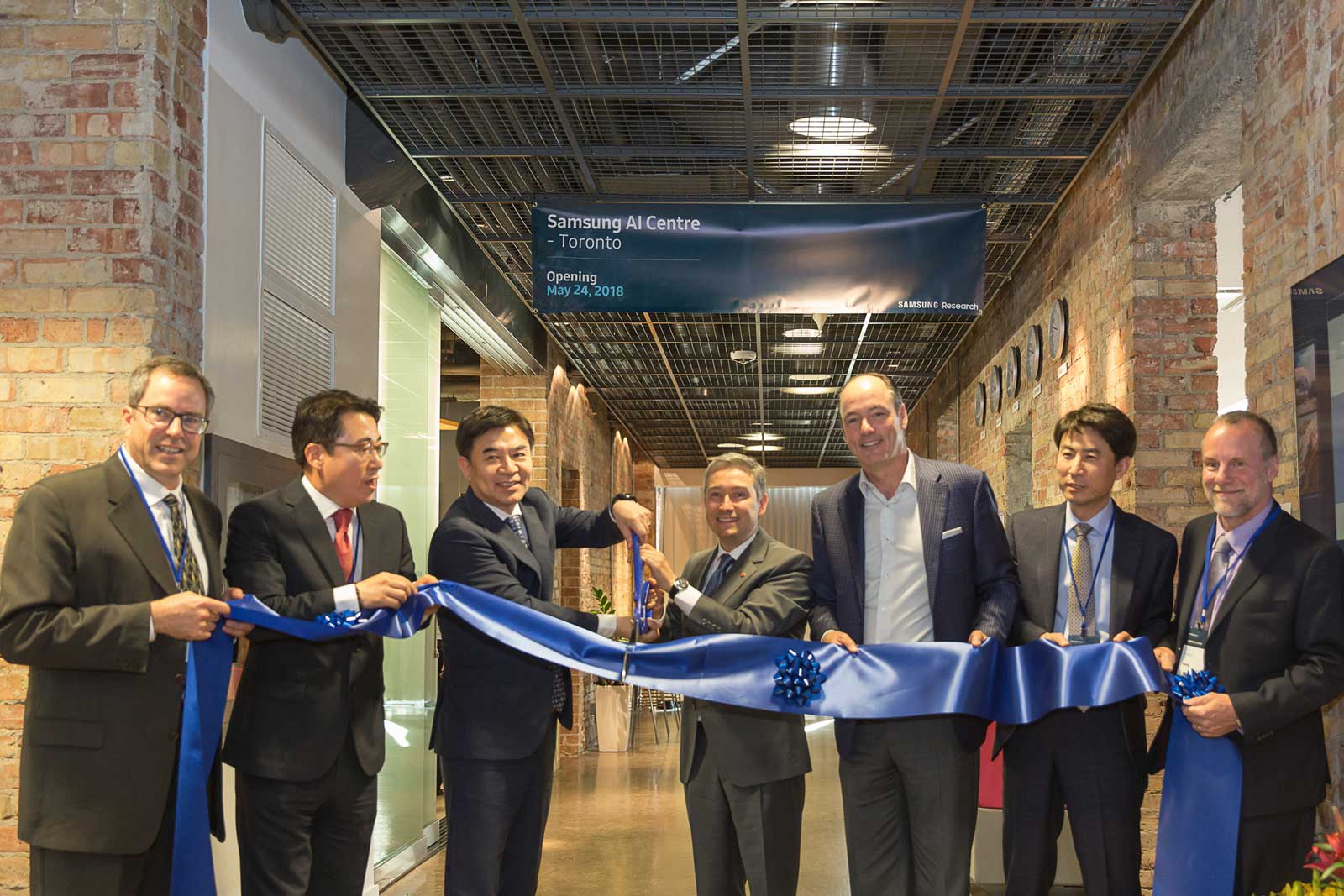 If it wasn't already apparent that Canada is becoming a major hub for AI research, it is now. Samsung has opened an AI Center (or Centre, for the Canadian crowd) in Toronto, and it's only the company's second big lab in North America -- the other is located near Google in Mountain View. The new location will help foster AI across a wide range of devices, ranging from self-driving cars to smart appliances.

The Toronto team is led by Dr. Sven Dickinson, who formerly chaired the University of Toronto's Computer Science department and has expertise in object recognition.

Samsung doesn't mince words about why it's setting up shop in Toronto instead of another North American city: it's all about the talent. Toronto is a hotbed for AI with companies like Google in the area, not to mention nearby universities (including those with existing links to Samsung). This also helps Samsung work with startups in the area.

Canada is dangling a carrot in front of companies like Samsung: its federal budget devoted $125 million to supporting a national AI strategy. However, it's growing to the point where companies like Samsung are virtually expected to launch AI labs in the region if they expect to stay competitive. Any subsidies and other deals are frequently icing on the cake.

Source: Samsung Newsroom
In this article: ai, artificialintelligence, canada, gear, machinelearning, personal computing, personalcomputing, research, robots, samsung, science, toronto
All products recommended by Engadget are selected by our editorial team, independent of our parent company. Some of our stories include affiliate links. If you buy something through one of these links, we may earn an affiliate commission.