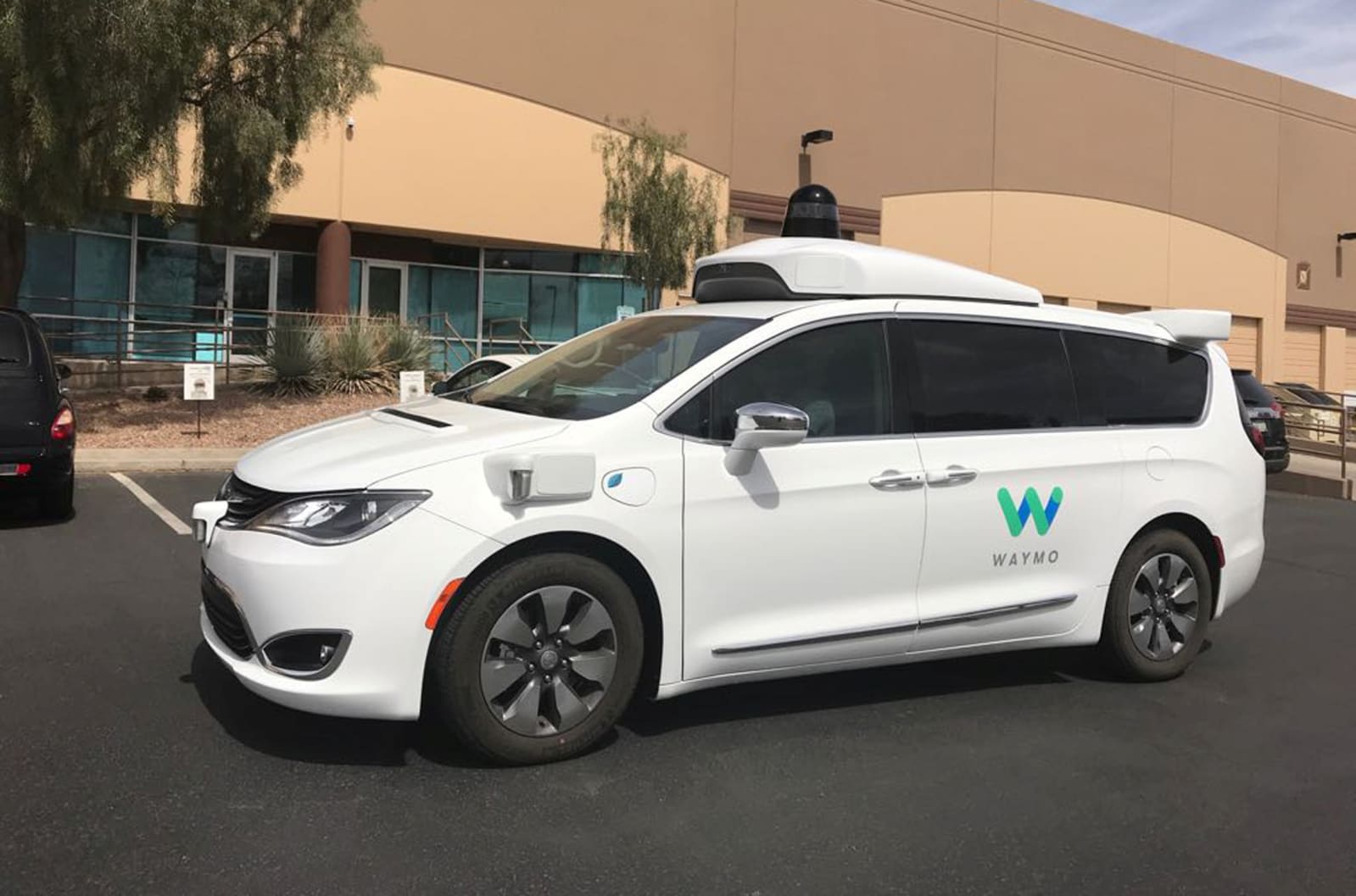 We heard in January that Waymo was expanding its agreement with Chrylser for 'thousands' of additional hybrid minivans, which would start being delivered in late 2018. Apparently, that was an understatement. Today, news emerged that the automaker will supply the autonomous car company with 62,000 its family vehicles.

We knew Waymo's existing fleet of 600 Chrysler Pacifica minivans it used for testing will be repurposed to launch its ride-hailing service in Phoenix later this year. The next city it will set up shop in is, unsurprisingly, the San Francisco Bay area. In exchange for the flood of additional minivans, the revised partnership may include a licensing agreement for Waymo's self-driving technology to be implemented in Chrysler vehicles.

Source: CNBC
In this article: autonomous, AutonomousVehicles, BayArea, chrysler, gear, google, minivan, SelfDrivingCar, tomorrow, transportation, waymo
All products recommended by Engadget are selected by our editorial team, independent of our parent company. Some of our stories include affiliate links. If you buy something through one of these links, we may earn an affiliate commission.