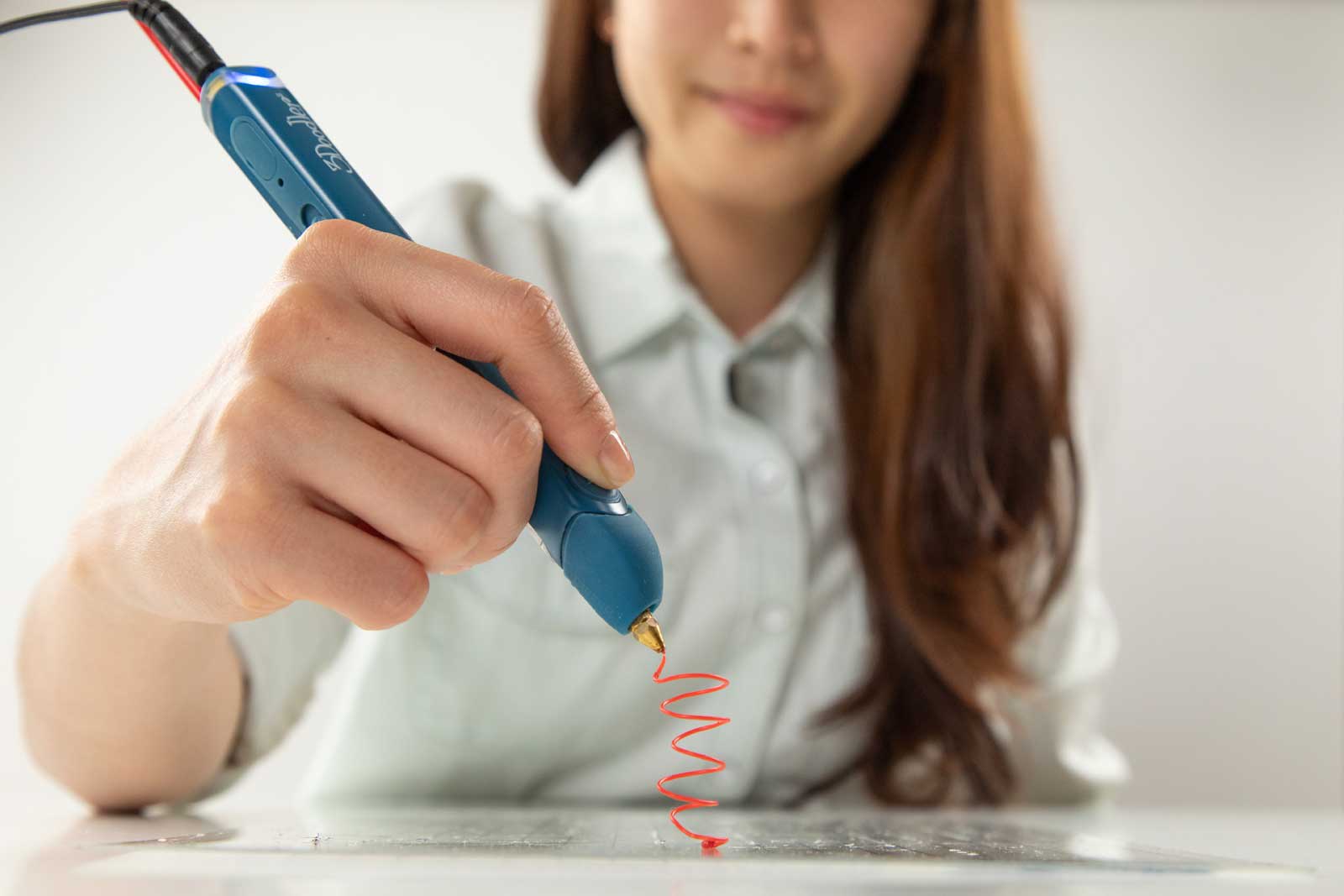 As sophisticated as consumer-level 3D printing has become, it still has occasional trouble nailing the basics. Printers still tend to jam, and a model that really likes one kind of plastic may balk at another. 3Doodler might have just fixed all that with its latest pen. The Create+ builds on the original Create with what the company says is the first dual drive system in any 3D printer, promising "almost entirely jam-free" drawing -- the days of a panicked halt in mid-project should be gone. This also helps it work smoothly with a greater range of plastics, including ABS, FLEXY and PLA.

The pen also touts a new heating algorithm for better performance, auto-retraction to prevent plastic from oozing out and more distinctive fast and slow settings. 3Doodler ships the Create+ to stores this summer starting at $80 in an Essential set that includes three plastic packs. You'll also find a $100 Deluxe set with a nozzleset and a Mini DoodlePad, and a $150 Master Creator set that upgrades to a full DoodlePad while throwing in the new A-to-Z Bookends Canvas kit, a project book and another three plastic packs.

And it wouldn't be 3Doodler without new creative kits to spur your imagination. On top of the Bookends Canvas you'll also find an Animal Heads Kit (for wall mounting), a Purse Kit, a Decorative Lights Kit, an Engine Kit and even an Advanced Robotics Kit that lets your creation move on its own. All of these kits are $30 each, and there's now a $39 Artist's Bag that can hold your pen, nozzles and plastic strands when you're on the move. All told, 3Doodler is bent on making 3D printing more accessible this time around, rather than catering primarily to experienced users looking for more advanced features.

Source: 3Doodler
In this article: 3doodler, 3doodlercreate+, 3doodlercreateplus, 3dprinter, 3dprinting, art, gadgetry, gadgets, gear, pen, video
All products recommended by Engadget are selected by our editorial team, independent of our parent company. Some of our stories include affiliate links. If you buy something through one of these links, we may earn an affiliate commission.