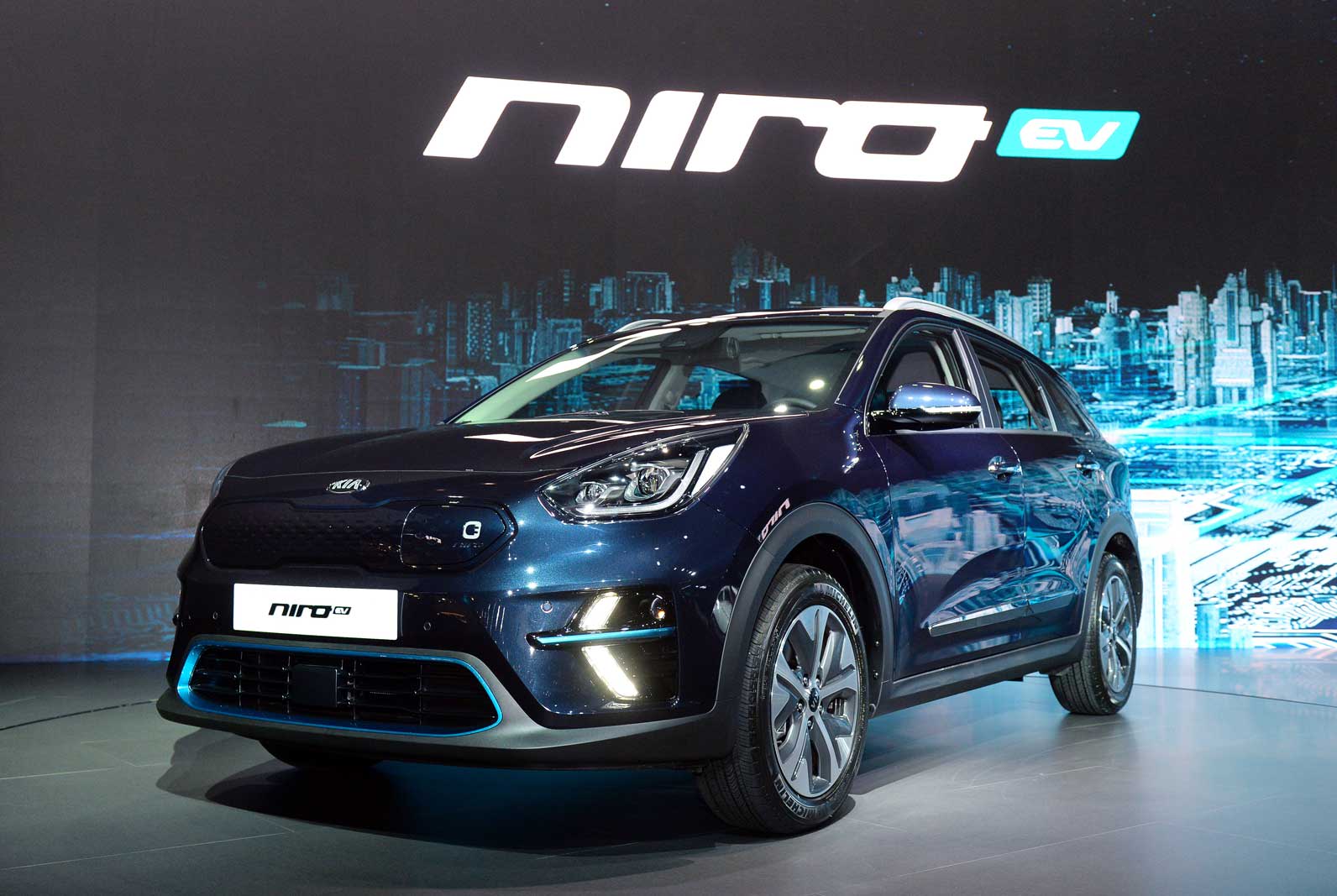 Kia is done teasing the all-electric version of its Niro crossover. The automaker has formally unveiled the production Niro EV, and it largely lines up with what you'd expect... although that's mostly a good thing. The finished design is now known to include a 204HP motor (similar to that in the electric Kona) and options for either a modest 39.2kWh battery good for 149 miles of range or a 64kWh pack capable of 236 miles. None of those figures are spectacular, but they promise a vehicle that's genuinely usable for everyday people-hauling while offering a significant amount of pep -- it can hit 62MPH in 7.8 seconds, and the floor-mounted battery gives it a low center of gravity you might not expect in a crossover.

It can top up reasonably quickly, too. If you use a 100kW charger, it should take 54 minutes to reach 80 percent capacity.

To no one's surprise, Kia is promising plenty of in-cabin tech as well. You'll get a new 7-inch LCD instrument cluster in addition to the Niro's familiar 7-inch touchscreen infotainment system, and there's a host of driver assistance features including forward collision avoidance, lane following and smart cruise control. It's not quite at the level of Tesla's Autopilot (where you can command the car to change lanes for you), but it's semi-autonomous enough that you can relax slightly when you're cruising down the highway.

There's one main problem: you'll have to be patient. The Niro EV will reach its native South Korea in 2018, but further releases are only slated until sometime after that. That leaves availability and pricing something of a mystery in most corners of the world. If it's not priced into the stratosphere, though, it could represent one of the few EVs that offers both a lot of space while remaining comparatively affordable.

Via: Autoblog
Source: Kia Global Media Center
In this article: crossover, electriccar, electricvehicle, ev, gear, kia, niro, niroev, suv, transportation
All products recommended by Engadget are selected by our editorial team, independent of our parent company. Some of our stories include affiliate links. If you buy something through one of these links, we may earn an affiliate commission.