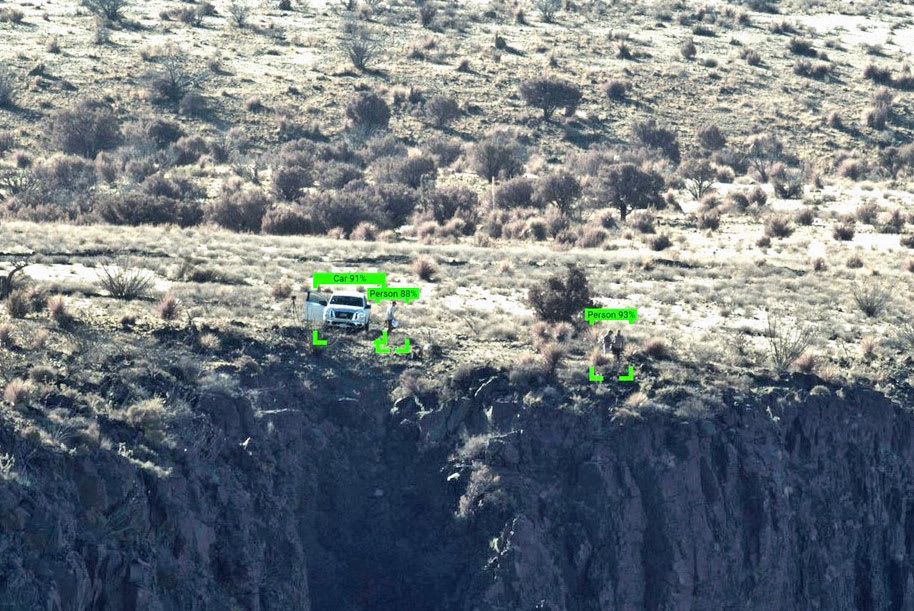 When you hear talk of a border wall, you typically picture an actual, physical construction. But that's not the case for Palmer Luckey. The Oculus co-founder and his startup Anduril Industries have been working on a virtual wall -- one complete with cameras, sensors and VR -- with the aim of scoring a US defense contract and providing border security at a fraction of the cost of a physical wall. Luckey discussed plans for this technology last year, but now it's being tested, both officially and unofficially, and it's catching the eye of US officials.

Wired reports that Anduril has constructed a prototype of its Lattice system on a ranch in Texas and is also conducting a government-funded test of its technology outside of San Diego. "They said they could provide broader border security for a lower cost," Melissa Ho, managing director of Silicon Valley's Department of Homeland Security office, told Wired. "We were intrigued by that." Over the course of 10 weeks, the Lattice technology stationed on the Texas ranch helped lead to the arrest of 55 people. During the first 12 days of the ongoing test outside of San Diego, Lattice was used to capture 10 people.

Anduril's engineers used open source data to train a machine learning system how to differentiate objects like animals, automobiles, tumbleweeds and humans. Now, when Lattice's sensors spot anything moving nearby, it can say what that object most likely is and by what percentage it's sure.

Anduril's technology is already controversial, but its backers are no stranger to that. Along with Luckey -- who left Facebook after he became embroiled in controversy following reports that he donated money to and allegedly wrote Reddit posts for a racist, alt-right group -- Anduril's co-founders include former executives of Peter Thiel's secretive data-mining company Palantir. The company's lead investor is Thiel's VC firm Founders Fund.

Lattice comes as DHS and the Trump administration continue to pursue harsh and controversial immigration policies and at a time when other companies' employees have pushed back against decisions to sign government contracts. Google recently announced it wouldn't renew its Pentagon contract after thousands of its staff signed a petition against the deal and over a dozen resigned because of it. When asked if the company would ever build systems that killed people, Anduril CEO Brian Schimpf told Wired, "We're really focused on the intelligence and surveillance piece right now," but added, "I wouldn't say that's a line we're drawing."

Source: Wired
In this article: anduril, av, border, DepartmentOfHomelandSecurity, gadgetry, gadgets, gear, oculus, palantir, PalmerLuckey, PeterThiel, politics, security, services, vr, wall
All products recommended by Engadget are selected by our editorial team, independent of our parent company. Some of our stories include affiliate links. If you buy something through one of these links, we may earn an affiliate commission.