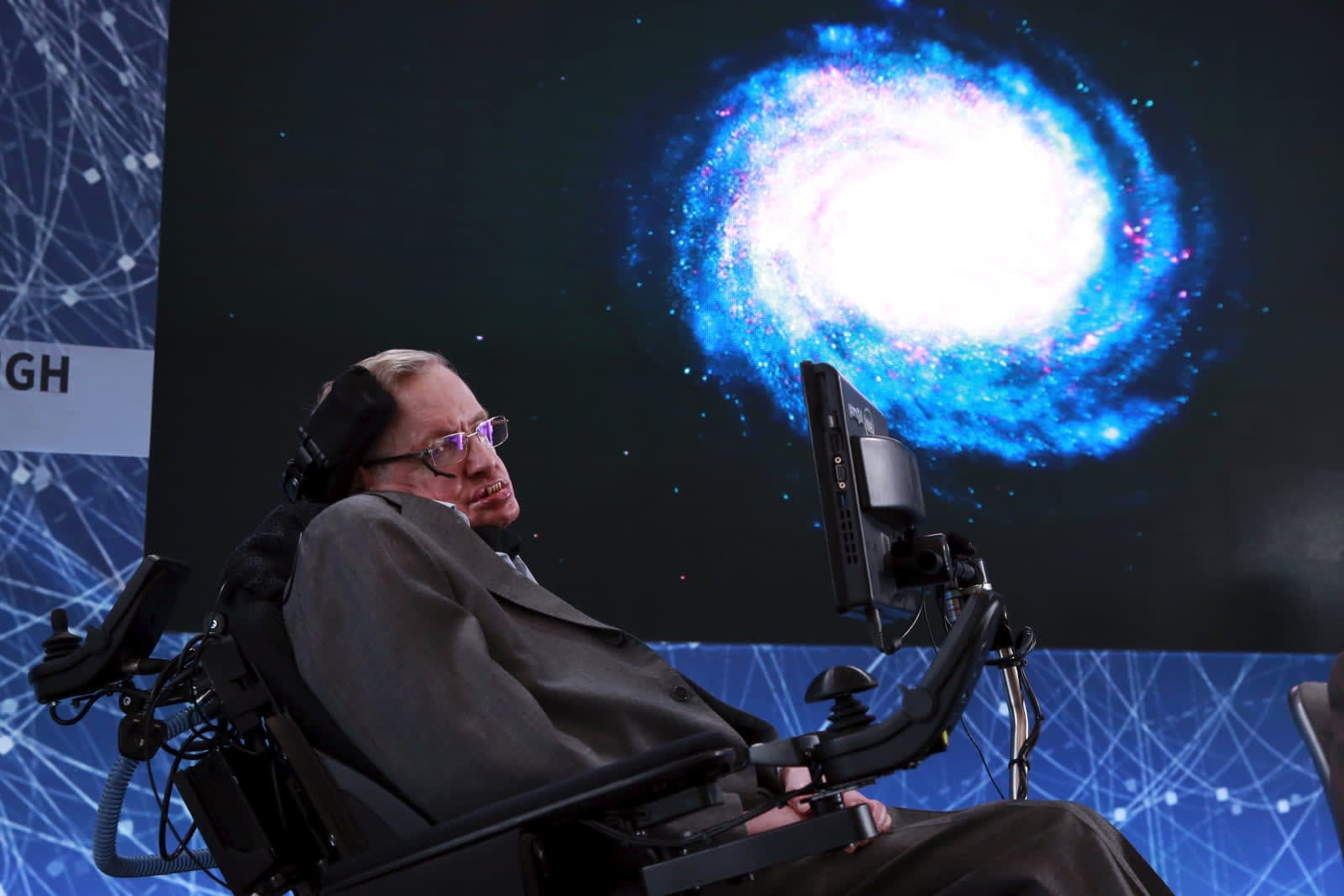 The European Space Agency had its own special way of marking a memorial service for astrophysicist Professor Stephen Hawking. At the same time his ashes were interred at Westminster Abbey in London, the ESA beamed music featuring Hawking's famously synthesized voice towards the closest-known black hole.

Hawking was widely known for his work on black holes. He theorized that the phenomena emit a type of thermal radiation, which became known as "Hawking radiation." Hawking died in March at the age of 76.

Vangelis, who wrote music for Blade Runner and Chariots of Fire as well as the Cosmos: A Personal Voyage scientific docuseries, crafted the six-minute tribute piece; it features a message of peace and hope from Hawking. The ESA beamed the music towards the 1A 0620–00 black hole from its ground station in Spain. The black hole is around 3,500 light years away and "lives in a binary system with an orange dwarf star." When it eventually gets there, millennia from now, Vangelis' piece "will be frozen in by the event horizon," said Professor Günther Hasinger, ESA's director of science. Those attending the memorial also received a copy of the music.

"This is a beautiful and symbolic gesture that creates a link between our father's presence on this planet, his wish to go into space, and his explorations of the universe in his mind," Hawking's daughter Lucy said.

While the music and Hawking's voice will reach a distant solar system, on Earth his ashes have strong scientific company. They were laid to rest next to the graves of Sir Isaac Newton and Charles Darwin in Scientists' Corner, a part of Westminster Abbey dedicated to those who made significant breakthroughs. The memorial stone on his grave includes his equation that describes the entropy of a black hole, along with an image of one and an inscription reading, "Here lies what was mortal of Stephen Hawking."

Source: European Space Agency
Coverage: Agence France Presse
In this article: blackhole, esa, europeanspaceagency, gear, space, stephenhawking, vangelis
All products recommended by Engadget are selected by our editorial team, independent of our parent company. Some of our stories include affiliate links. If you buy something through one of these links, we may earn an affiliate commission.