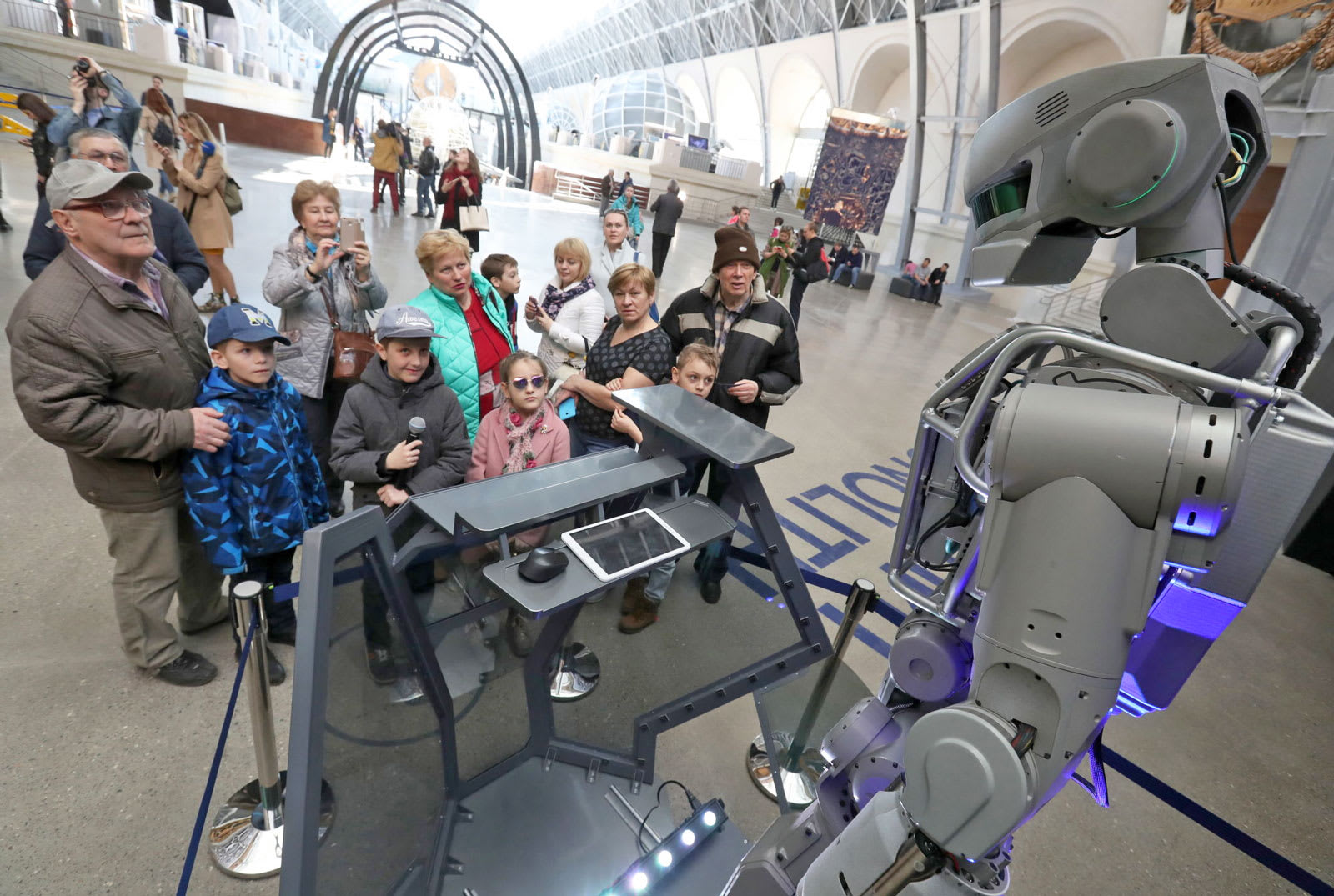 Leveraging robotics to undertake dangerous missions has obvious benefits for mankind, and space travel is no exception. In 2011, NASA sent its dexterous assistant 'Robonaut 2' on a trip to the International Space Station (ISS) with the objective of working alongside presiding astronauts. Now a "source in the rocket and space industry" tells RIA Novosti that a Russian android duo could be following suit as early as next year.

According to Defense One, the FEDOR androids will, in an unprecedented move, fly on the unmanned Soyuz spacecraft not as cargo, but as crew members. The Roscosmos space agency has reportedly given the flight its preliminary approval. We've reached out for further confirmation on this front.

FEDOR, an abbreviation of Final Experimental Demonstration Object Research, refers to a 2014 program that aimed to create a robot capable of replacing humans during high-risk scenarios such as rescue missions. The androids have been endowed with a number of abilities, including driving, push-ups, lifting weights, and, you guessed it, shooting. Former Deputy PM Dmitry Rogozin then had to deny Russia was "creating a terminator".

With rapid developments in the AI arena, the question of whether it will be used for destructive or benevolent purposes is always on the table, but Rogozin assured that FEDOR would have "great practical significance in various fields." Backing up those comments is CNA associate research analyst Samuel Bendett, who points out that despite its military-ready build, FEDOR was designed to function in space from the beginning.

Source: Defense One
Coverage: Inquisitr
In this article: ai, android, artificialintelligence, fedor, gear, robot, roscosmos, soyuz, space, tomorrow
All products recommended by Engadget are selected by our editorial team, independent of our parent company. Some of our stories include affiliate links. If you buy something through one of these links, we may earn an affiliate commission.