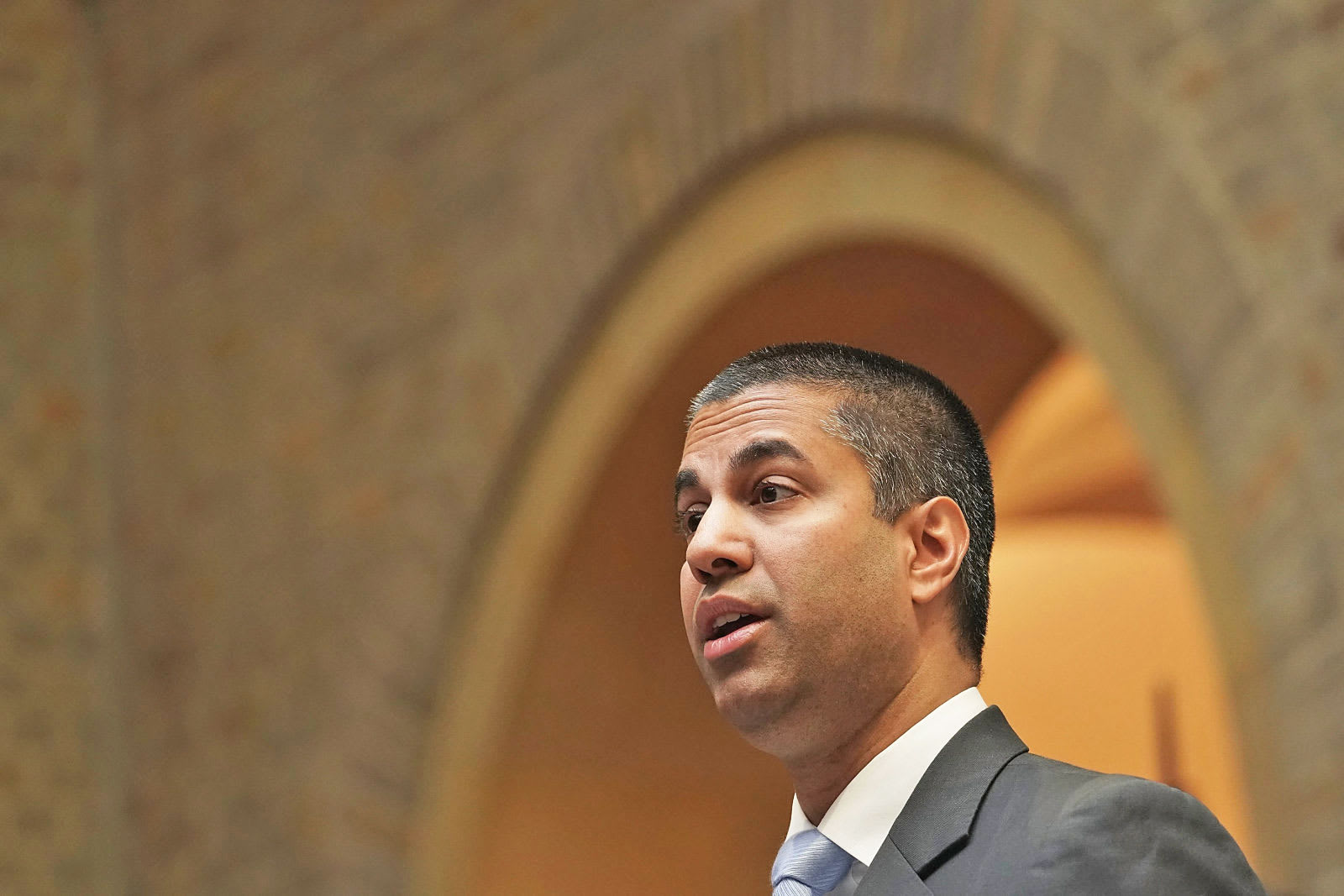 If you didn't buy the FCC's claims that its comment system fell prone to a DDoS attack when it was soliciting net neutrality comments, investigators have just validated your suspicions. An imminent report from the agency's Inspector General has revealed that there's no evidence of such an attack. To put it another way, the comment system's problems were more likely due to large-scale opposition to the net neutrality repeal (helped by Last Week Tonight's John Oliver), not an untimely hacking campaign.

Chairman Pai tried to spin the report in a statement, portraying the false DDoS reports as the products of "the prior Administration" and former Chief Information Officer David Bray. The CIO's subordinates were afraid to disagree with his belief there was a cyberattack, according to the FCC chair. Pai also claimed that the report "debunks the conspiracy theory" that he and his office knew the DDoS claims were unfounded. Instead, he argued, the FCC should focus on revamping the struggling commenting system (which he again pinned on the prior administration) so that this kind of failure didn't happen again.

The problem, as you might guess, is that the FCC didn't exactly shoot down Bray's claims when new. While there may be a degree of truth to Pai's assertion that he couldn't talk about the Inspector General report (to avoid skewing the outcome), the agency was quick to stonewall requests for evidence that would prove or disprove the DDoS allegations. Why not just release data shooting down the claims before the Inspector General even got involved? TechCrunch added that Bray's subordinates don't appear to have spoken up after he left. If the FCC wanted to dispel notions that it used the DDos story to downplay net neutrality support, it could have done so much sooner.

The report still isn't available to the public, and it's possible that there are important details still under wraps. However, it's safe to say that the comment system does need an overhaul to provide easier feedback. The bigger concerns may revolve around the legions of fake comments supporting Pai's repeal -- there are still no definitive answers, and they may not be forthcoming from an FCC that's uninterested in revisiting the net neutrality debate.

Via: TechCrunch
Source: FCC (1), (2)
In this article: audit, corruption, ddos, fcc, gear, inspectorgeneral, internet, netneutrality, politics
All products recommended by Engadget are selected by our editorial team, independent of our parent company. Some of our stories include affiliate links. If you buy something through one of these links, we may earn an affiliate commission.