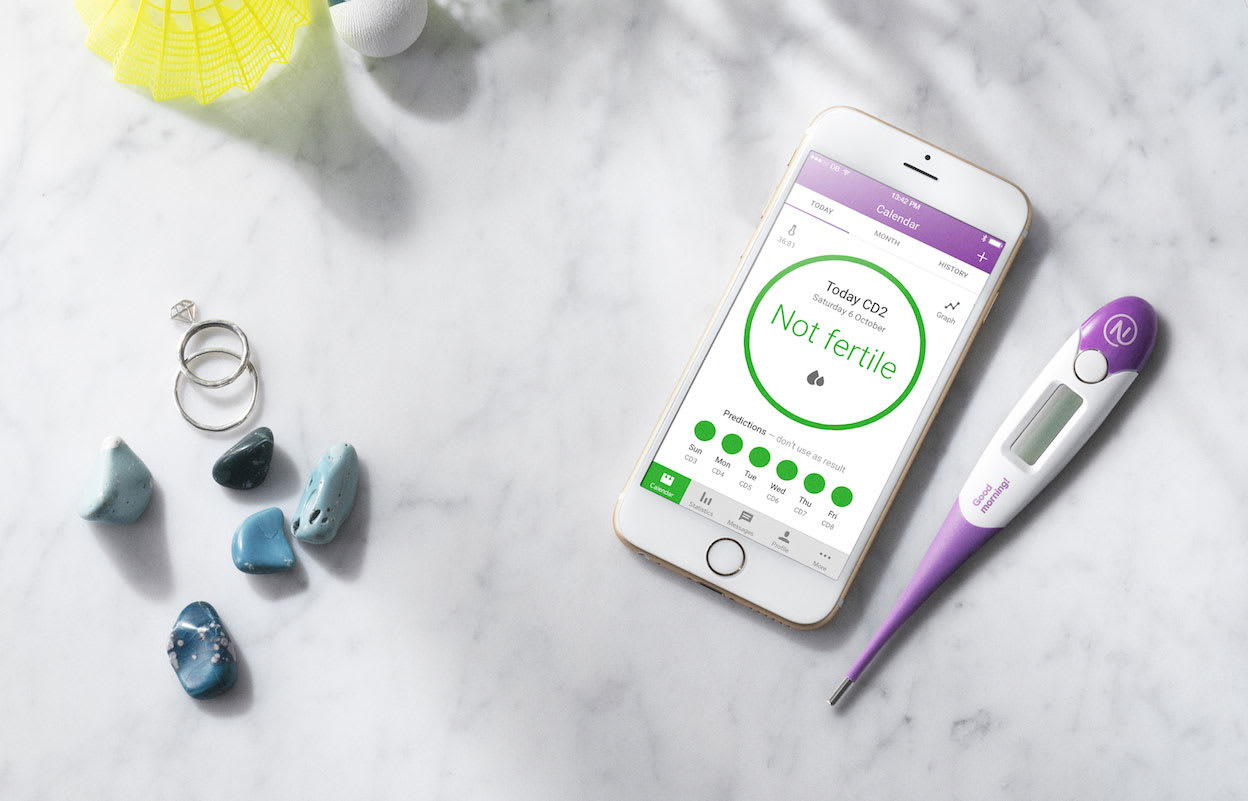 The FDA has now granted marketing approval to an app that tracks a user's temperature and menstrual cycle in order to determine which days they are fertile and which days they aren't. The contraceptive app, called Natural Cycles, was approved in Europe last year. "Consumers are increasingly using digital health technologies to inform their everyday health decisions, and this new app can provide an effective method of contraception if it's used carefully and correctly," said Terri Cornelison, assistant director for the health of women at the FDA's Center for Devices and Radiological Health. "But women should know that no form of contraception works perfectly, so an unplanned pregnancy could still result from correct usage of this device."

Though it has been approved elsewhere and boasts more than 625,000 users, Natural Cycles hasn't gone without controversy. Earlier this year, a Swedish hospital reported the app to the Swedish Medical Products Agency after it found that of 668 women who sought abortions over a time period of four months, 37 were using Natural Cycles as their method of contraception. "No contraception is 100 percent and unwanted pregnancies is an unfortunate risk with any contraception," the company said at the time. It added that the unwanted pregnancies of those 37 individuals fell within its typical use efficacy rate. In July, the UK's Advertising Standards Authority launched an investigation into the company over claims made in a Facebook ad it ran last year.

Last year, Natural Cycles released a study it helped conduct that found its method to be 99 percent accurate when used perfectly, meaning the user didn't participate in unprotected sexual intercourse on days when the app said they were fertile. When used "typically," it was 93 percent effective, according to the study. Natural Cycles' website says that typical use contraceptive failure could be due to any number of reasons including the app mistakenly saying a fertile day was a non-fertile day or a user having unprotected sex on a fertile day.

The FDA approved Natural Cycles through its premarket review regulatory pathway, which looks at low- to moderate-risk health tech devices. The app costs $10 per month or $80 per year.

Source: FDA
In this article: app, contraception, fda, gear, medicine, mobile, NaturalCycles, services
All products recommended by Engadget are selected by our editorial team, independent of our parent company. Some of our stories include affiliate links. If you buy something through one of these links, we may earn an affiliate commission.